Home  »  Current Affairs   »   80 years ago, the resignations of Edvard Beneš

80 years ago, the resignations of Edvard Beneš

80 years ago
The resignations of Edvard Beneš

Edvard Beneš was one of the most distinguished men in the country and was a courageous defender of the democratic ideals of the first Czechoslovakian president, Tomáš G. Masaryk, whom he served as Foreign Minister from 1919 to 1935, before becoming his successor. On October 5, 1938, president Beneš resigned and sought exile in England. The trip took place five days after the decisive Munich Accords, which turned out to be for both himself and the citizens a trauma that would soon transform into a tragedy. France and England perceived the Accords as a betrayal and, in an attempt to avoid war, decided to sacrifice the Central European democracy. In March 1939, Beneš openly protested against the German occupation of Bohemia and Moravia. From London, he soon became one of the main players in the Czechoslovakian resistance. In July 1940, the interim Government in exile was recognized by the United Kingdom and later by France and the USSR. He returned home after the end of the war and on June 19, 1946, he was again elected head of state. 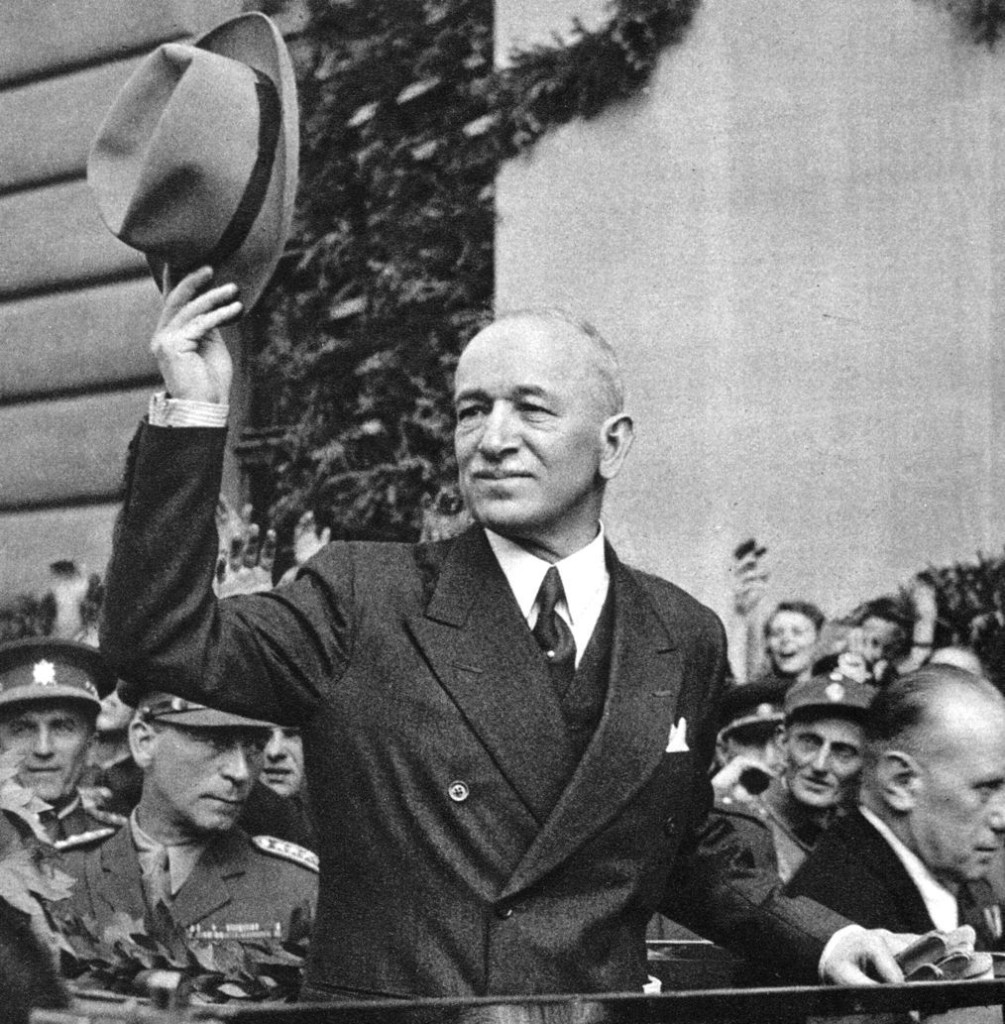