A Lesson in Diplomacy by the Instigator of the Velvet Revolution

Ex-President Václav Havel remains the landmark for the new Czech political class and for leading world figures. He symbolises the struggle for human rights and the fight for freedom
Before leaving Prague during his European visit, President Obama met the former Czech President

Heads of state, diplomatic guests, international politicians and visitors to Prague, are obliged to see the following: Charles Bridge, Prague Castle and the Old Town square. These are all symbolic monuments of the Czech capital’s unique history. A further institutional landmark, as well as a historical icon and potent talisman, is Václav Havel, former Czech President, politician, playwright, intellectual, and architect of the Velvet Revolution. Although now out of office, he remains a cornerstone of Czech politics and diplomacy since the birth of the Republic. Now the Czech Republic is going through its period of European presidency, and Havel, the long time backbone of Czech foreign politics, is once again involved. 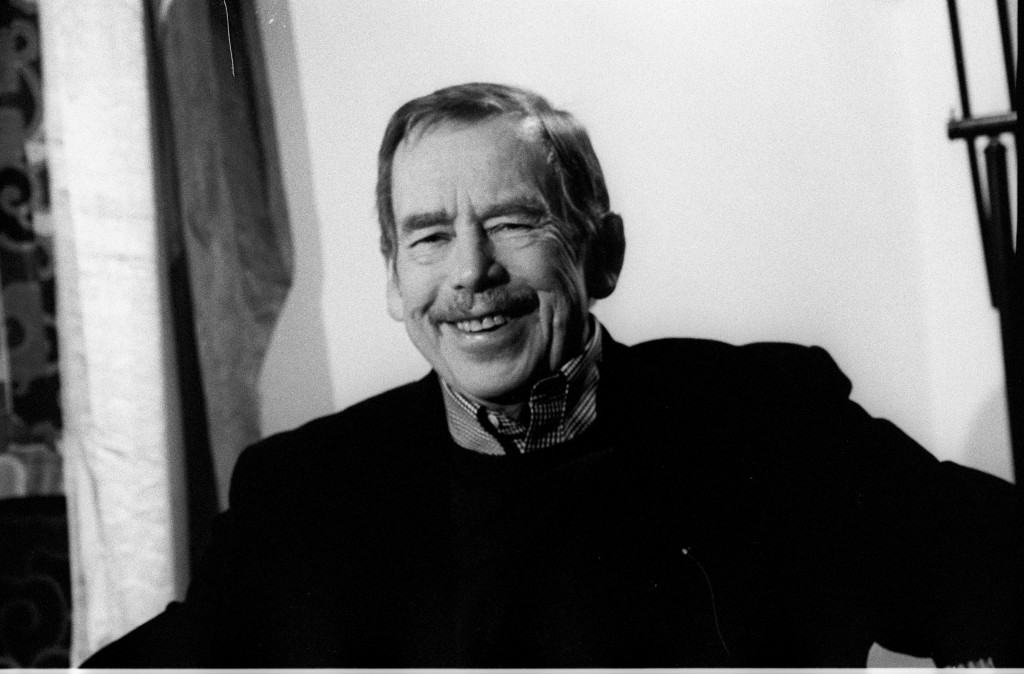 New European heads-of-state, and politicians from the all over the world, have praised, in various ways and at different times, the Ex-President as the emblem of the Czech revolution, and of the struggle against the Soviet regime. Havel is still one of the main figures on the Czech political scene. This became once again clear during Barack Obama’s visit. Havel’s importance has been confirmed not just by rumours suggesting the interest of the White House’s incumbent in meeting the playwright, but also by the importance that was placed on the meeting by Obama himself, and also by the international media. The US President defined himself as a fan of Havel’s plays, and commended him for what he represented to the history of the former Soviet Block. Apparently, Obama decided definitely to make Prague one of his stops during his European trip, due to the possibility of meeting the former Head of State. The recently ousted Czech Prime Minister, Mirek Topolánek confessed a clever resolution he had made: an explicit request for Havel to write to the White House in order to convince Obama to land in the Czech capital. The chat that Obama had with the chief instigator of the Velvet Revolution, mentioned during his speech in front of Prague Castle, and his romantic dinner with Michelle, ratified the definite go-ahead for the visit to the Czech land.

Obama is not the only one who wanted to end his stay in Prague with such a memorable encounter. The Israeli president, Simon Peres also wanted such a meeting before his return home. He is a seal, a mark, a talisman. And that was what the out-of-favour government asked the ex-Czech president in defence of the human rights – he had just been discharged from hospital after a lung operation. Czech diplomacy during their EU Presidency should have recognised the human right declaration written by Havel as a major step forward. Even though that paper criticised a number of countries including Russia, the main European states, and the US in particular, tried to avoid any friction. Due to the current harmony between Moscow and Washington and the weakness of the Czech executive power, the document regarding human rights, written by the man who signed Charta 77, never reached the table of those sat at the Prague Summit.

This was a worrying about-turn that does not darken Havel’s convictions, “we don’t have to be indifferent to what is happening in China, Russia, Burma, Cuba, Belorussia and other countries” and furthermore the EU, “does not have to place their economic interests ahead of a basic respect for human rights”. This criticism, aimed at Moscow, is still one of the main points of focus in the politics of the former Czech President. One issue that has renewed friction between Prague and the Kremlin is the US anti-missile radar base – a project criticised by Moscow. According to Havel, the real Russian aim is, “to verify their ability to intimidate us” because, “the future world political balance will most probably again be decided within central Europe”. 20 years on, the match is being played out in Prague, and Havel is not merely a spectator.