EU increasingly divided on the management of the crisis. The four of Visegrád find the support of Austria and Salvini’s Italy. Babiš: “Immigration is not our problem, but we are ready to help Rome and Athens financially”

“Not in my backyard”. This is the chorus that Prague has always repeated, sometimes more explicitly than others, regarding the reception of migrants. A chorus who has found an echo and strength in the stances of the Visegrád Group, and which is gaining more and more support in a Europe more split every day, and crossed by transversal populism and anti-migrants sentiments.

A refrain that made itself heard very strongly even at the last EU summit, just before the start of the Austrian presidency. In fact, Vienna intends to ride on the principle that migrants must be helped in their country of origin, at most in the countries of first arrival if they are asylum seekers, undergoing screening outside EU borders (the famous hotspots in the Balkans), and absolutely never redistributed according to compulsory but only voluntary quotas. And “voluntary” was the most discussed adjective of the last summit in which the Czech Republic, together with Poland, Slovakia and Hungary, were seen for the first time on the same side, in a completely anomalous and alienating way, as Italy, or rather, that of its new Minister of the Interior Matteo Salvini, who has held much more drastic positions than the proposals actually made at the EU summit by Italy itself.

The affinity has made many turns their noses up, and it will surely have weight in the future dynamics of the Union, with Germany in increasing difficulty to defend their internal policies of reception. In addition, on the future of the reform of the Dublin Regulation, which does not include Salvini-Orbán convergence, it seems based only on issues of principle rather than on the concrete aspects of reception and asylum. If Hungary, in fact, has closed off its borders when the Balkan route has overheated, Rome will never be able to do the same, even when deciding to close its ports as Salvini did. 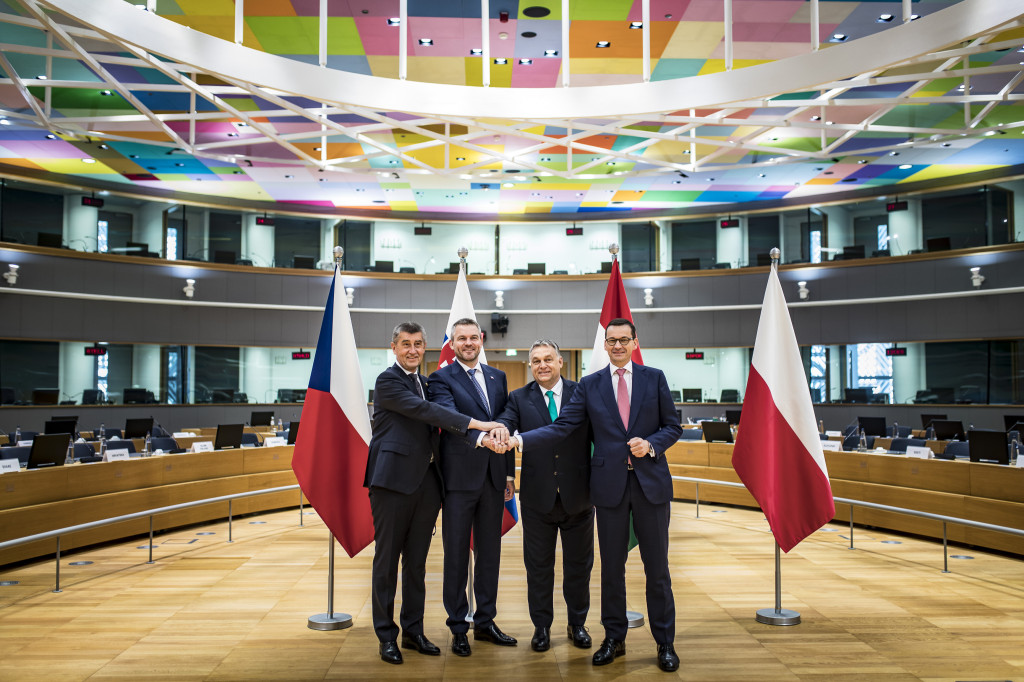 The Czech Prime Minister Andrej Babiš commented, at the end of the Brussels summit, displaying satisfaction, regarding the end of the EU system of the redeployment quotas of asylum seekers, defining the meeting of the 28 as the start of “a new chapter of the EU collaboration”. A start that goes hand in hand with the Austrian presidency of the EU Council presidency in the second half of 2018. Vienna itself on the migrant front has held clear and strong positions, often in line with Viktor Orbán’s Hungary and with the V4.

to resolve the migration issue, a “system of protection” is needed in which “no asylum applications will be examined on European soil”, and the objective is to guarantee asylum by 2025 only to those “who respect the values of the EU and its fundamental rights and freedoms”. A condition, outside international law that does not provide for exemptions venfrom the duty to protect refugees, which the Union has never imposed in its current rules for assessing applicants.

However, if Austria also aims to increase border controls, first of all at the border with Italy, for Prague this huge step backwards compared to the freedom of the Schengen area, conquered less than 15 years ago, is not acceptable. Babiš has said this on many occasions, even responding to the provocation of the CSU of the German Interior Minister Horst Seehofer, who is putting a strain on the alliance with Chancellor Angela Merkel. In fact, Seehofer has proposed to adopt a policy of rejections at the borders of Germany, an issue opposed by Merkel who has succumbed to the solution of the “transit centers” for migrants coming from countries of first landing.

The possibility of closing the borders, however, according to Babiš, would lead to the end of Schengen and very serious consequences for Prague, which bases its economic system on exports: “Our country is one that bases its prosperity on the functioning of the Schengen area, on lack of border controls with other EU countries”.

So what could be the solution for not having migrants to welcome, not having to close the borders and stay in the EU? The Czech populist Prime Minister has even offered splashing money and the refrain, again, the “not in my backyard”, so welcome them, the migrants, but do not send them to me, rather I will pay you. “We absolutely reject the system of compulsory redeployment quotas, but at the same time we are willing to provide financial and material aid to Italy and Greece, countries in the front line in addressing this crisis”, he said, contradicting his own words from a few days before, in which he criticized Merkel for the request for support to the countries that welcome, by those who do not accept migrants.

This wavering attitude of Babiš towards the EU is also found on various topics: yes to the EU for Schengen, but not for quotas, yes for the defense of the external borders of the EU, but not for the adoption of the euro.

And returning to the subject of flows, according to Babiš, immigration is not a Czech problem because “these people do not come to us and do not even want to come”, and Prague does not even want to take back those who have passed through its territory to land in Germany, denying a hypothesis ventilated by the chancellor for repatriation. “We fought for almost nine hours and in fact we got what we asked for”, said Babiš after the EU summit, which enshrined the “victory of the Visegrád group”.

Another fundamental principle of the solution, shared by the Czech Republic, the V4 allies and Austria (whose chancellor Sebastian Kurz met the leaders of Visegrád before the meetings of the Bloc), are the hotspots outside the European territory and the contrast of immigration at sea and in the countries of origin and transit of “economic” migrants. “The problem of migration should be resolved outside the EU. It is there that Europe must show its strength, managing to deal with the representatives of the countries of origin. The mandate given to Frontex (the European agency responsible for the border and coastal guard) must change. Its mission cannot be limited to a couple of ships rescuing people who drown”. And if the EU already has funds for the countries of departure and transit, the next step to stop the migrants before they cross the border is to replicate what has been done with the agreement with Turkey in other countries too. For example, with Albania, a country that since 2014 has the status of a candidate for the EU, which in addition to money could be guaranteed aid in the accession process, if it will take care of receiving, stopping, examining and in case repatriating migrants.

The fact remains that the migratory crisis, after the peak of 2015, left indelible wounds in the European body and big questions on how to jointly deal with disembarkations and the right to asylum. And the risk of possible new transnational alliances between nationalist movements and parties – what some already call the “new nationalist international” – with the impending Austrian presidency, the provocative declarations of Salvini and the difficulties of Merkel on the national front, leave room for unpredictable scenarios for the coming months. The front on which Prague decides to stay, together with its allies of the V4, will probably decide what the EU will be in the future.