The latest Czech difficulties in assuming unique positions in international relations, between a government that looks to the West and a president looking out East

Over the last few months, foreign policy has not been allowing quiet downtimes in any of the Western countries and many of the last few weeks’ events have brought to life disagreements and divergences in most of Europe, including Czech Republic. The incident that stirred up waves was certainly that of the raids of the United States, UK and France in Syria; it was as a response to the alleged chemical attack by the Damascus regime in Douma. An event that brought to light the division of the Czech foreign policy, already noticeable on other topics (such as the Skripal case or the story of the Russian hacker extradited to the US) and underlined that the direct connection between the presidency and the government is less solid than expected.

In fact, right after the raids in Syria, the ministers of Foreign Affairs and Defense, namely Martin Stropnický and Karla Šlechtová – both members of ANO (Action of Dissatisfied Citizens) let by the tycoon Andrej Babiš – reiterated Prague’s support for NATO’s allies and defined the action as being legitimate even in the absence of a UN resolution. “These bombings are a clear warning. Anyone intending to use chemical weapons against civilians must know that this is something unacceptable and will not be tolerated. It was mandatory to set a limit that cannot be exceeded”, said Stropnický, adding that the US thanked Prague for their support. Even the Prime Minister Babiš has initially reacted to the news by commenting on Twitter with conviction and underling that the objective of the operation has been achieved. The head of the government also stated that Czech Republic is opposing the usage of chemical weapons.

Until this point, everything is within normal boundaries; at least this is what it seemed at a first glance on the international relations. Nevertheless, the cold shower came shortly after. President Miloš Zeman has instead condemned the raids of Washington, Paris and London, calling them “a cowboy” action, certainly designed to destroy the positive developments of the Syrian refugees who were slowly returning to their areas of origin. 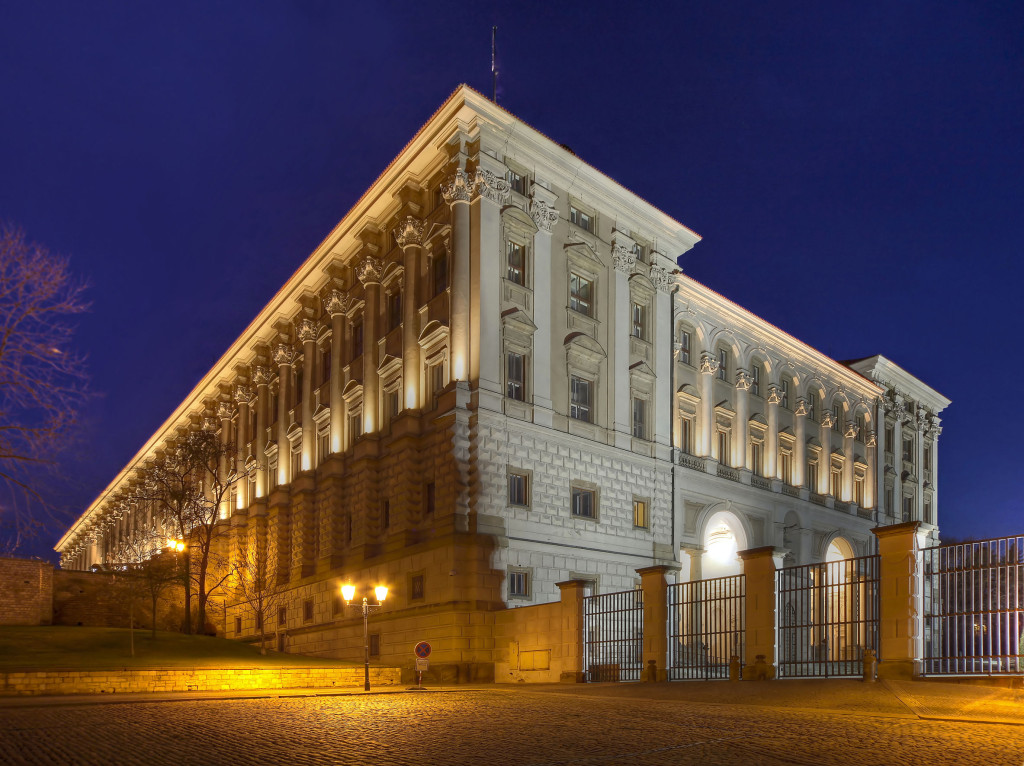 Zeman did not even send a word to Babiš. The President said that the Prime Minister’s statements were “short-sighted”and, without leaving anyone aside, he reminded the foreign and defense ministers that their task is to represent Czech Republic, not the US, France, and UK. Moreover, after a meeting at the Castle, Babiš revised his initial position, declaring that “armed intervention is never a solution” especially not before a UN resolution had been issued.

Following the earful gotten from the Castle, the turnaround of the premier was immediately criticized, even with irony, by the center-right opposition, namely the ODS democrats, the Christian democrats of KDU-Čsl, the liberals of Top 09 and the Mayors and independents of Stan. All four of these parties, even with all their different nuances, have instead shown support for the allied action in Syria.

The Minister of Foreign Affairs, Stropnický, proved himself less submissive than Babiš, defending his initial position: “If the international community would have adhered to the UN Security Councils’ timetable, it would have become a passive witness and even an accomplice of the chemical attack”. A position that most likely has made him unwelcomed to the Castle, to the extent that, according to current allegations, Stropnický would have now decided to leave Černín Palace and return to his former profession as ambassador, leading a prestigious diplomatic office.

The communists of Vojtěch Filip have as well declared themselves against the raids, calling them “an act of aggression”. In the same time, Tomio Okamura, leader of the SPD populists (Freedom and direct democracy) declared that the US attacked because “they cannot come to terms with Russia and Syria putting an end to Islamic extremists”.

The Social Democrats of ČSSD are as well skeptical of the action promoted by Washington.They have expressed their fear that this action would only create an escalation of tension in the region.

However, the Syrian matter seems nothing but the tip of the iceberg of the lack of alignment, in terms of foreign policy, which can be observed in Czech Republic.

The other case was that of the poisoning of the former Russian spy, Sergey Skripal, and of his daughter Yulia in UK, and according to London, by a nerve agent used by Russia. In this case, in addition to the tug of war between UK and Kremlin, with the mirror expulsion of hundreds of Russian and Western UK allied countries diplomats, there have been accusations and counter accusations. Prague meddled in the quarrel as well, after Moscow pointed at Czech Republic as one of the most probable countries to produce the chemical substance Novichok used to poison Skripal.

Babiš – who had previously expressed the solidarity of Czech Republic in London by expelling three Russian embassy members in Prague, including the representatives of SVR and GRU in Prague, respectively the Russian foreign intelligence service and military secret service – has defined Moscow’s opinion as “an utter falsity”, denying any Czech origin of Novichok.

Even in this case, the president Zeman, always known for his close positions to Moscow, reacted with a sensational initiative, delegating the head of secret services of Bis, Michal Koudelka, to check if any nerve gas has been produced or stored on the territory of Czech Republic. Criticized for his initiative, which appeared for many as a way to credit the Russian hypothesis, the head of state explained briefly: “Not even I believe that we produce Novichok, but it is better to eliminate any doubts”.

Another matter that concerned on one hand the Babiš government and on the other Zeman, was the case of the Russian hacker YevgeniyNikulin arrested in Prague and claimed for months by Washington and Moscow, which was eventually extradited to the US, by the decision of the Minister of Justice, Pelikán. This was a decision contested by Kremlin, but also by President Zeman, who would have preferred the hacker to be sent back to Russia.

The quite tensioned relationship between Washington and the Prague Castle comes here as well into the play. Zeman seems offended because he has been waiting for more than a year now to be invited at the White House, a delay that he judges inconsiderate, mainly after his support for Donald Trump during the presidential election campaign. The most probable hypothesis is that the commander in chief of the American superpower, considering as well the suspicions regarding his ancient relationship with Russia, tries to keep its distance from a friend of the Kremlin like Zeman himself.

Nevertheless, Zeman and Trump seem to be on the same page on a foreign policy matter, namelyto move the Czech embassy in Israel from Tel Aviv to Jerusalem, following the American example. This is a controversial intention for the delicate Middle Eastern balance, which is based on the historical friendships between Prague and Israel, on which Babiš mainly agreed upon – “it is absurd for our embassy not to be in the capital city of Israel, something contrary to diplomatic practice”. In fact, though, he blocked the matter and he announced that for now, starting from spring this year there would be onlyan honorary Czech consulate in Jerusalemand in the months to follow a Czech Center that will be open on president Zeman’s visit at the end of the year. As far as the last step is concerned, if in reality the next Babiš government should rise with the external support of the Communist party, it will be difficult to transfer the Embassy to Jerusalem. However, Ksčm declares itself completely contrary to this hypothesis.