Home  »  Prague and surroundings   »   At the spa among leopards and jackals

At the spa among leopards and jackals

Impressions from Teplice, a blue-blooded spa town at the foot of the Ore Mountains. Beneath the apparent immobility, the fervent political and social contradictions

Hot mulled wine (known as svařák locally) warms the hands and the spirit. The Christmas market has invaded the square of the old town, and under warm woolen caps, smiling vendors (Czech merchants, always moderate with emotions, save their smiles for the Christmas period) offer the usual merchandise, gingerbread, local cheeses, wooden toys, and various decorations.

The square is sided by a large palace (although it bears the name of a castle), now a regional museum, and is surrounded on both sides by beautiful buildings of eighteenth-century charm. On one of these the curious Stadt Klagenfurt sign raises doubts about the geography. On a neighbouring façade the sign Prince de Ligne stands out, in memory of a nobleman, who we will find out later, in the popular version of local history is remembered with the prosaic name of Prince Ham.

The last side of the square possesses the special touch, the signature of its city: the large tower, white and freshly painted, which acts as a bell tower for the splendid church of St John the Baptist. Teplice, a spa town at the foot of the Ore Mountains, in the Bílina river valley. Fifteen kilometres from the border with Saxony, with fifty thousand inhabitants. 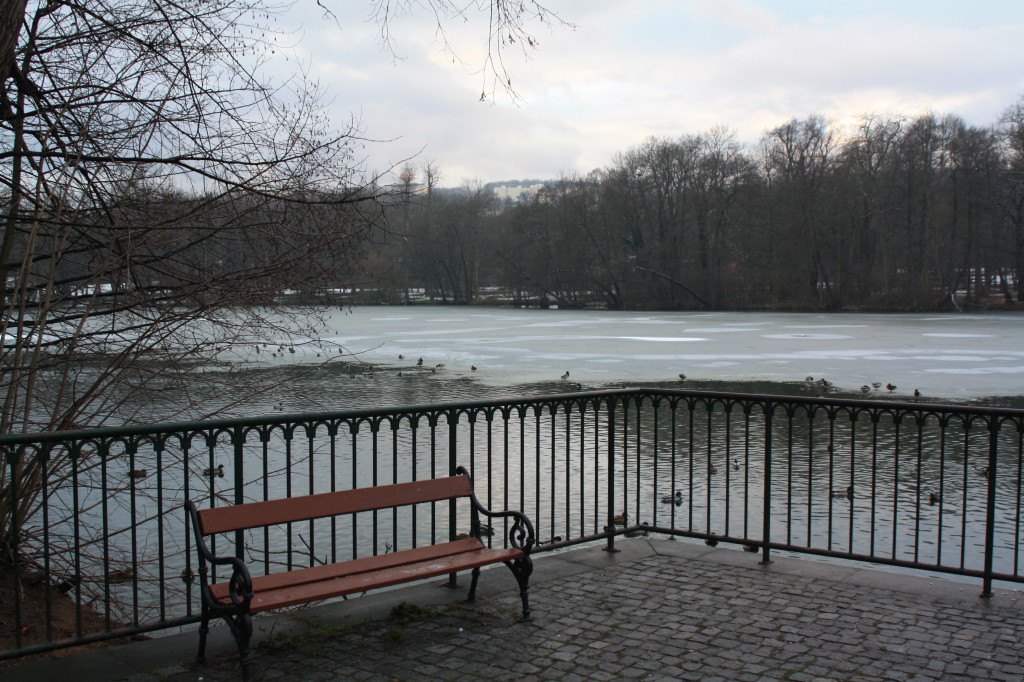 The small historical centre, enclosed in rather anonymous surrounding modernity, has maintained the ancièn regime fascination, of the times when the baths housed the German nobility. The names of the illustrious visitors can be found in the signs on cafés and restaurants: Beethoven, Goethe, Wagner. It is easy to imagine the long promenades of impregnated wigs, embroidered umbrellas, white gloves on briar walking sticks and the whole circus of nobility in the park behind the castle, today with two frozen lakes. Meanwhile, the Christmas concert gathers much applause and Teplice smiles at us like a little Christmas pearl.

To be content with this postcard, however, would be a mistake.

The first shadow comes from the regional museum, the castle of the powerful Clary-Aldringen family, owners from 1634 to 1945. We quite swiftly cross the large rooms full of portraits and period furniture. A young guide with a round face, short brown hair and a good-natured expression that reminds one (for Czech culture connoisseurs) of the Švejk played by Rudolf Hrušínský, lists the river of notables who have stepped on the very same floor (the piano had been played by Liszt, Marshal Radetzky sat on the armchair…), including Giacomo Casanova, who lived his last years in the nearby castle of Duchcov. A friend of his was the Belgian Charles-Joseph Lamoral, Prince de Ligne, lover of revelry and gluttony to the extent that he deserved the above-mentioned nickname. In the smallest room of the castle, almost a storeroom, the coin collection can be found, with pieces dating back even to ancient history. A strip of coins dates back to the period of the First Republic and among these a crown on which there is a precision engraving of a Nazi swastika.

The German majority in the region, in the period between the two wars, was the engine behind Nazism across the border; not only that, the German nationalism was stained by violent xenophobic and anti-Semitic tints even before Nazism itself. The Deutsche Nationalsozialistische Arbeiterpartei, the German National Socialist Workers’ Party, founded in 1919 at the castle of Duchcov, was dissolved in 1933 by the Czechoslovak government for subversive activities. From its ashes the German Sudeten Party was born the same year. From then on Teplice experienced the catastrophe of Nazism, the war and the Beneš decrees of 1945, with the expulsion of the Germans and the expropriation of their assets (including the properties of the Clary-Aldringen). The famous photos of the departure of the Germans after the war here are preceded by the less common photos of the expulsion of the Czechs in 1938.

An unpleasant past, memories of hatred. Seventy years later, the germ of intolerance seems to have remained in the air. In fact, the second shadow is amplified by a recent episode in the news.

In mid-November 2017, a photo published on a social network by an elementary school teacher caused a stir, guilty of being proud of the cultural mix of her young pupils, with many faces of Arab, Vietnamese or Roma origins. The origins of the children have been enough to unleash a xenophobic ruckus of comments and gossip, which the social media were capable of igniting at such bleak speed with comments such as “a class of terrorists”, “shoot them all”, and so on. The greatest disgrace was the response of an MP, Tereza Hythová, who was elected last October with the SPD formation of Tomio Okamura, who declared that she understood the hate speech of the locals against foreigners. A stance, showing sympathy towards death threats to six-year-olds, which leaves you astonished.

The class in question is from a school in the southern district of Prosetice. When going through it one does not notice anything out of the ordinary: a low and modest area of paneláks (panel houses). Christmas decorations that light up at sunset. An anonymous, quiet, but cumbersome area, due to the heterogeneous origin of its inhabitants. An area in which real estate properties today have bargain prices. Social conflict in Teplice however, did not actually arrive with social networks. In 2016 a high school student was at the centre of controversy for wearing a veil, with dozens of letters sent to the principal demanding her expulsion. In 2015, a demonstration of a few hundred citizens took place due to the presence of Muslim visitors in the spas, causing a noticeable drop in visits by tourists from the Arab world. The stories are repeated, and the statistics on the inhabitants only make the local xenophobia even more grotesque: out of fifty thousand, the inhabitants of Arab origins make up about two hundred, in addition to six hundred Russians and just over one thousand Vietnamese.

Teplice is a city of contrasts, hidden, although with difficulty, behind the good living room of the spa and tourism. A city that moves fast under the apparent immobility that struck us at first glance. Vitality under the stillness, it should be said, reminiscent of Tomasi di Lampedusa’s Leopard. In this vitality, the economic problems of the district are also mixed up, such as unemployment following the closure of mines (tin, lignite) and the related new hopes, such as the likely extraction of lithium in Cínovec and the thousand promised jobs, a not so insignificant valve of oxygen. Political problems, with the xenophobia of the Okamura party gaining support in the last elections, and the related new hopes, including the national supremacy of the youngest Member of the Czech Parliament, and moreover of mixed blood: Dominik Feri, class 1996, Czech mother and Ethiopian father. Law student and jazz musician, elected with the liberal-conservatives (who here, in the game of the absurd, were real revolutionaries) of the Top 09. Feri was included by the German newspaper Die Welt in the list of European politicians who can “make Europe great again”, parodying the famous slogan of Donald Trump.

A town that in its contradictions reflects a great, and who knows how much, part of the Czech Republic. 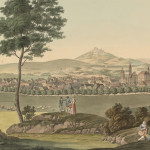 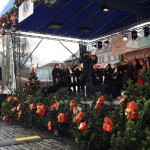 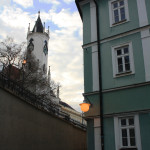 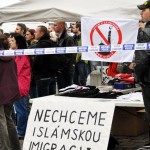 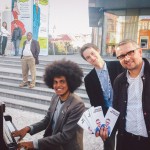