Babiš, amid international alliances and protests

The prime minister resists, despite the accusations of conflict of interest and street protests. Now, he is focusing entirely on the new weight of Prague and the V4 in the EU
At home Babiš does not seem to have a real opponent, while he has been able to forge stronger relations abroad

Smiles, handshakes, meetings of the highest level. Accusations of conflict of interest, street protests and demands for his resignation, especially in Prague, the capital that does not love him. They are the two faces, abroad and at home, of prime minister Andrej Babiš, the Czech billionaire nicknamed Babisconi or the Czech Trump, who is playing his foreign policy cards as best as he can, swaying between populism and nationalism, with positions that are never openly Eurosceptic, but on a case by case basis, are rather indifferent towards the EU. A political figure who aims to boost his influence even more, along with his Czech Republic, in the Europe of tomorrow, a Europe that wants to be safer and with more freedom of movement, within it, for goods and people.

In recent months Babiš has succeeded in “monetizing” the international meetings and state visits in terms of international credibility. First of all, the one in March in Washington where he strengthened the bond with the American president Donald Trump, doing, once again, his part in the work of equidistance of Prague from the West and from Russia (and also from China, with the Huawei case). In fact, a balance is set that also depends on the counterweight of the head of state Miloš Zeman, whose position is pro-Russian and pro-Chinese, which allows the Czech Republic to keep the doors of all the greatest world powers open. 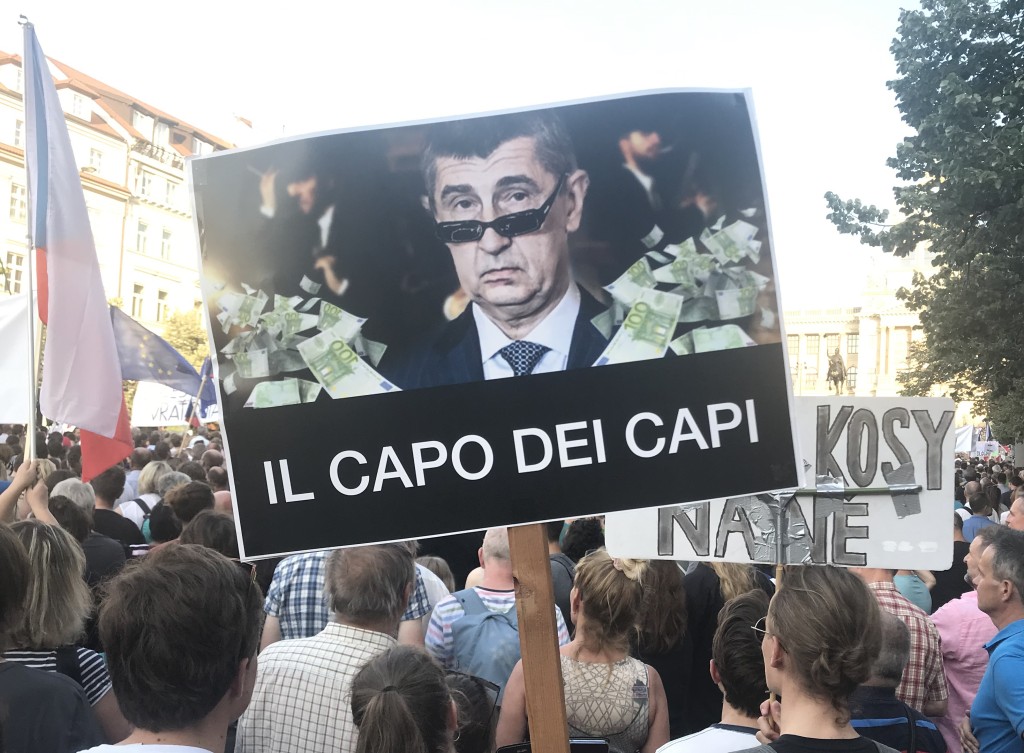 Now, after the European elections, Babiš is counting on strengthening the weight of the Czech Republic and the Visegrad Group of which it is a part, also formed by Slovakia, Hungary and Poland. The goal is to gain one of the key places of the new EU for the V4. It was the Czech prime minister who promoted the informal summit in Budapest at the beginning of June where the four Central European countries declared their intention to push for a V4 man in the position of the High Representative for EU foreign policy, the role that is now held by Federica Mogherini, Lady Pesc. The candidacy put forward is that of the Slovak Maroš Šefčovič, former Vice-President of the Juncker Commission and Commissioner for the Energy Union. The name of the former rival of the Slovakian president Zuzana Čaputová, had also come up for the presidency of the Commission, but Babiš himself later denied the hypothesis.

Moreover, Babiš himself has made it clear what the key points of a Europe that works will be in the next five years. According to the Czech prime minister the Commission has too much power and it “should be the coalition of EU governments”, who decide. The European Council which should “meet every two months” to lay down the guidelines. Furthermore, Babiš reiterated, as also argued by his V4 allies, the importance of “geographical balancing” in the distribution of roles in the EU.

The strategy for a “strong Czech Republic” (a not so coincidental “Trumpish” motto) foresees an international placement work that Babiš is carrying out properly, meeting with the various allies, near and far, and making his positions heard, and certainly benefiting from the no longer idyllic relations between German Chancellor Angela Merkel and French President Emmanuel Macron. And with the latter, the Czech Prime Minister has an important link, especially in the European Parliament, where the two politicians sit in the same group, the Liberals of the ALDE.

Macron intends to make the support of the group weigh in the negotiations for a parliamentary majority that supports a strong candidate. In this context, in addition to discussions with the Spanish and Portuguese Socialists, the French president has reserved a special interest in the leader of ANO. And regarding the different visions on so many EU issues with the Élysée tenant, Babiš said: “The future of Europe cannot be reduced to divergent positions on the common asylum policy. I also want an open Union, for trade, businesses and activities that contribute to the European project. But it must be safe at the same time or it will not work”.

It also seems that Babiš has succeeded, according to him, in getting back on good terms with Italy, despite last summer’s attacks on the issue of migrants. On the Italian Republic Day celebration, the Czech Prime Minister promptly accepted the invitation addressed to him by Francesco Saverio Nisio, Ambassador of Italy in Prague, for the usual reception. In his greeting speech, in front of the numerous guests present, Babiš declared himself to be pleased that on the topic of migrants “today the position of the Rome government coincides with the one I have expressed for some time”. And in a recent interview with Corriere della Sera, he even said he was impatient to meet with Deputy Prime Minister Matteo Salvini, whom he praised as “the one who stopped illegal immigration in Italy”.

While the latter issue concerns international relations, as we know there are also internal matters. For more than a month now, tens of thousands of people have been taking to the streets to protest against him, first only in Prague and then in the other major cities of the Czech Republic. The spark that ignited the anger of numerous Czechs was the nomination of Marie Benešová as Minister of Justice. The latter is a former head of the national prosecutor’s office, loyal to President Miloš Zeman who the critics consider as a danger to the independence of the judiciary, more concretely as the one who will have the task of making the investigations against the premier run aground. In this regard, it is worth recalling the accusation that continues to hang on Babiš’ head, namely to have defrauded the EU, illicitly obtaining funding for the construction of a luxury resort, the Stork’s Nest.

The question of his conflict of interests remains very much alive. The EU Commission has recently published a report according to which Babiš, behind the screen of two trust funds, continues to control Agrofert, a large conglomerate of companies, above all in the agri-food and chemical sectors, which receives generous European subsidies.

But the Czech prime minister, the second richest man in the country, denies and rejects the accusations, branding them as inventions, the result of the incompetence of the EU inspectors. And addressing the squares of protesters, he replies: “they are politically motivated protests. All people exploited by those who want to change the result of free elections”.

And the point is precisely this. Babiš’s party, ANO 2011, continues to emerge victorious from the polls. In six electoral rounds (political, European and regional) he has always had more votes than the other parties and there does not seem to be any real opposition that could make him fall.

His governing coalition was laboriously built after weeks of negotiations. The Social Democrats (ČSSD) of the Czech Republic, who by now have disappeared at European level, do not seem to find any advantage in getting out of this minority government, and the same is true for the external support of the Communists. Then there are the sovereigntists of Tomio Okamura, most likely ready to act as the spare wheel of the Babiš government, in case of need.

In short, on balance, the leadership of the billionaire prime minister foreshadows a stay at the head of the Prague government for a long time to come.