Home  »  Art and culture   »   Bez vědomí: the days that shaped the fate of the Czech Republic

Bez vědomí: the days that shaped the fate of the Czech Republic

The HBO series, the country’s great television event of recent times, offers an excellent analysis of the fateful days that preceded the Velvet Revolution

We are in London in the autumn of 1989 where two Czechoslovakian exiles, the young violinist Marie (Táňa Pauhofová) and her husband, the well-known dissident Viktor (Martin Myšička), both aware that the climate is changing in all Eastern and Central European countries and of the imminent historical transition, they decide to return to Prague in order for Marie to see her sister and her new family again.

Shortly after their return they are involved in a serious accident that leaves Marie in a coma. When she wakes up in the hospital however, she realizes that her husband has disappeared without a trace and her attempts to find him are in vain. Nobody cares about the disappearance of the famous dissident and this climate leads her to the belief that the communist regime still firmly holds power in its hands.

In her search to track the man down, she hits a wall of reluctance and reticence, including from the British Embassy. All this while intelligence services from both the East and London, ready for the visibly developing changes in the environment, do not lose sight of her and do not stop trying to hinder the woman’s desperate search.

Eventually Marie also begins to have doubts about her husband’s true identity and what is hidden behind his disappearance. Was Viktor’s alleged past all true or simply staged to earn the trust of British? Who can say that Viktor wasn’t actually a mole installed by Moscow? 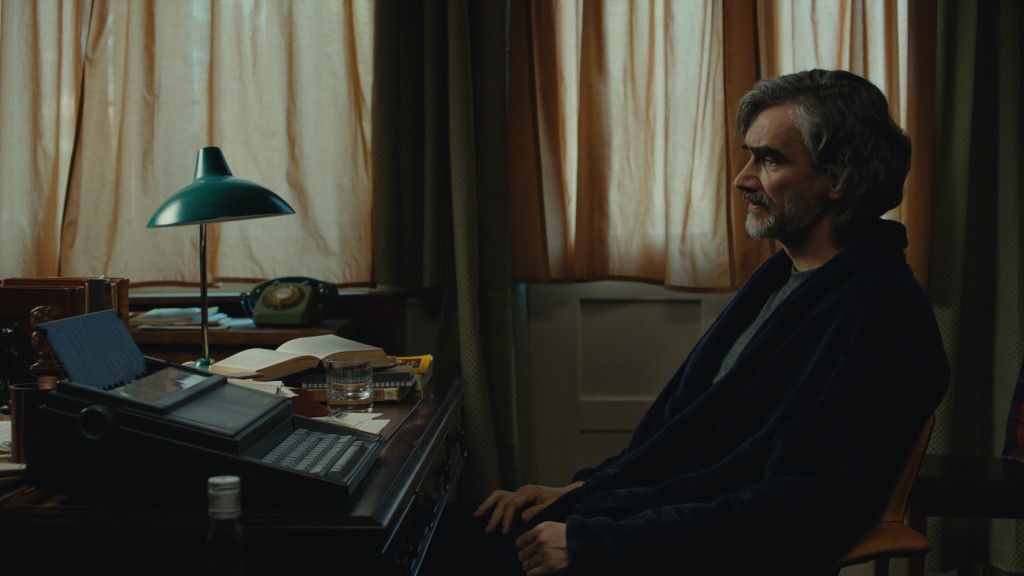 This is the premise of the miniseries Bez vědomí (Without consciousness), or Sleepers to use the international title, presented by HBO, who have already been engaged in the past in high quality productions such as Burning Bush, (Hořící keř: 2013), and Wasteland (Pustina: 2016).

Unlike most Czech film or television productions conceived for the international market and attempting to portray life under Communism, this new series, directed by Ivan Zachariáš, focuses on the period immediately preceding the end of the regime and the Cold War. They were certainly days of optimism and hope, but ones also marked by uncertainty and the endless tug of war between the West and Moscow who wanted to maintain control of its satellite countries.

The scenario depicted onscreen talks as much about the past as it does about the present, if we consider that today’s Czech Republic is on the one hand, a member of the European Union and NATO, but on the other it has a political class that for the most part continues to wink at Russia (just think of Miloš Zeman and his ties to the Kremlin).

The strategic date of November 17, 2019, the day chosen for the launch of the Bez vědomí series on the HBO Go streaming service, could not have been more appropriate, given the concomitant anniversary of the Velvet Revolution. Still, what makes the production particularly interesting is the way in which the director and the screenwriter speculate and reflect on what really happened during those fateful days and on what the agreements were made between the great powers to determine the future of Central Eastern Europe.

Like Hořící keř and Pustina, Bez vědomí is also aimed at the international market, with Czech, Russian and English actors among the protagonists and filming jumping from Prague to London. Spectators will recognize the main performer Tatiana Pauhofová, also the protagonist in Hořící keř, while the other main roles are occupied by the Czech actors Jan Vlasák, Martin Hofmann, Lenka Vlasáková, in addition to the English Hattie Morahan, and David Nykl, Canadian of Czech origins, who both mainly act in English. The three languages of the dialogue contribute to the international feel of the work of Zachariáš, who stressed his desire to create a series capable of attracting spectators from all over the world, when last summer he presented the first two episodes (out of the six overall) previewed at the Karlovy Vary Film Festival.

According to the filmmaker, it was the need to satisfy both the Czech and foreign public that made production difficult. “It is complicated because you are faced with the knowledge that the local public knows the situation much more than the foreign one, hence the need not to be too descriptive for the Czechs, but at the same time descriptive enough for foreigners”.

When the plot moves to Prague, after the early London scenes, the spectator’s attention is captured particularly by the splendid recreation of the period, the scenography and the atmosphere. The Prague-born director and the screenwriter Ondřej Gabriel carried out meticulous research, studying numerous photos of the interiors of the typical Prague apartments of the time to accurately recapture the atmosphere. A contribution was also requested to historian and espionage technology specialist H. Keith Melton, a member of the board of directors of the International Spy Museum in Washington D.C., the largest museum in the world dedicated to espionage.

The origins of the project date back to three or four years ago, when after the success of Hořící keř and Pustina, HBO, thinking of possible themes for future productions in Central Eastern Europe, concluded that it would be appropriate to commemorate the events of 1989.

It was only after the encounter between the debut screenwriter Ondřej Gabriel and executive producer Steve Matthews that the idea of an espionage story told from a Czech perspective took shape, while also commemorating the events of that fateful year.

The understanding between Matthews and Gabriel, both fans of the novels of British authors John le Carré and Eric Ambler, was excellent from the start. “Great stories, which everyone knows so well and who treat Central Europe during the Cold War as a sort of chessboard on which Moscow and London are the players”, he said. “But what prompted us to make it into a TV series was to tell a side of the story that no one had covered, to narrate the events from the point of view of a simple pawn on that board”.

The reference is undoubtedly to the character of Marie, played by Pauhofová, the person who knows the least about the situation, having been kept in the dark about everything due to the intervention of the secret services. Yet, even the big shots from the British Embassy and the StB, the secret police of the Czechoslovak regime, in possession of the more important parts of the puzzle, struggle to arrange the various pieces in order to solve the mystery.

The strength of the new series by Zachariáš, eighteen years old at the time when the events depicted onscreen took place, is the courage to interpret everything in such a way as to make it appear less idealized.

According to some critics, the conspiracy theories are exaggerated and have been included in the script mainly to sell the product on the international market. Whether a precise analysis or not, Bez vědomí is worth seeing, primarily for its references and connections to the events of the present day, despite being based on events that occurred thirty years ago.

In light of various events in recent years, one thinks in particular of the disturbing (Novičok) nerve gas poisoning of Sergei and Julija Skripal in Great Britain, and the continuous attempts of the major superpowers, the United States and the Russian Federation in particular, to influence other people’s internal politics, for example through spread of fake news, can we really say that the cold war is over?

Overall, Bez vědomí is a fascinating work, a reflection on the present that spurs viewers, first of all the Czech ones, to reconsider what they had always taken for granted and to reflect on the actors who at that time played a role in order to influence history. All this despite the knowledge, as Zachariáš himself pointed out in an interview, that there is little chance that one day we will be able to learn more about the alleged under-the-counter agreements that occurred in those days before the fall of the Berlin Wall and the Velvet Revolution in Prague.

“We will not know anything, because many documents have already been destroyed”, said the director. An overly cynical a vision of the past? Maybe, but it is an attempt to make people think about the sacrifices necessary to make big changes and about the lies and manipulation of public opinion that make them possible. 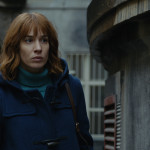 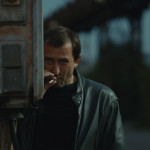 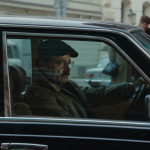 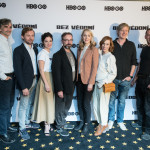