Brněnec among rubble and memories

In the heart of the Czech Republic, in a place that is now  abandoned, the last act of the memorable event of Oscar Schindler and the 1,200 Jews that he was able to save from extermination

Despite the heroism of that venture, Schindler’s past collaboration with the German espionage and his membership of the Nazi Party still carries its weight around here

In Brněnec, a small village in the Pardubice region, there is an abandoned factory that is likely to be demolished and turned into a pile of rubble. Only few people, mainly foreigners, are aware of the dramatic story that lies hidden inside these walls. A sign hangs over the entrance, “No entry“, but nowadays nobody ever ventures into what remains of these buildings from the past. Walking through the narrow streets that wind around the place, it is not uncommon to encounter passersby who openly complain about the situation to those who show an interest in the story; “It should not have ended like this“, some of them say, “They have demolished the building and stolen the beams and sold everything they could sell“, others complain. In a place that has been left to itself for too many years, the story of persecuted Jewish workers during the Second World War crosses that of the factory owner, Oscar Schindler, the brusque hero known all over the world thanks to a book by Thomas Keneally and the homonymous film, Schindler’s List, made by Steven Spielberg.

Born in Svitavy in 1908 from German and Catholics parents, Schindler experienced, ever since he was a child, a multicultural environment, because the small town of the Austro-Hungarian Empire was inhabited by Czechs, Germans and Jews.

After completing his studies, the young Schindler joined the army and then started to work under the Germans in 1936, when he joined the Abwehr, the German military intelligence service, which was at the time led by Admiral Wilhelm Canaris.

Accused of espionage in 1938 and arrested by the Czechs, he was then released as a political prisoner thanks to the Munich Agreement.

Described by the books as a businessman and a great opportunist, following the invasion of Poland by German troops in 1939, he enlisted in the Nazi Party and moved to Krakow.

It is here, in the frame of a Nazi “Germanization“ and “Aryanization“ project that Schindler starts his plans with the acquisition of a Jewish factory, the Rekord Ltd, which he later renamed Emalia. To work in the factory, Schindler took on Jewish workers from the nearby Krakow ghetto, but if at the beginning it was probably a move aimed at keeping down production costs to a minimum, as the war proceeded, Schindler began to care less about profits and more about the lives of the people that he could save. In recent biographies, there are many recurring criticisms as to what he could have done to get out a greater number of Jews from the concentration camps. In 1944, with the war that was now coming to an end and with the Red Army at the gates of Poland, Schindler managed to get a visa to transport his munitions factory to Brněnec, a village on the border between Bohemia and Moravia. This is how he was able again to save 1,200 Jewish workers under his employment.

Brněnec was liberated on 9th May, 1945 and on the evening of the 8th, Schindler said goodbye to his workers: officially, Oscar Schindler was still considered a Nazi collaborator and member of the Party with a history of espionage. His arrest warrant was modified thanks to the crucial testimonies of the Jews, who narrated how he had acted and risked his life to save them from the concentration camps and from sure death.

The Brněnec factory then started a slow decline that still going on today. In 1948 the Czech industry was nationalized by the communist party, only to be privatized in 1989 and converted into a textile industry. In 2004, the company owner of the plant, went bankrupt and the buildings, over time, were left in disuse and partly pulled down, despite the ban that was then in force. Today the factory is halfway between a pile of rubble and an abandoned homestead, a faded memory of what used to be an important complex.

Ten years since the bankruptcy, the question now seems to be reaching a turning point: in November 2013, the tribunal responsible for the trial has opened up to a possible sale of the property, so much so that the mayor Blahoslav Kašpar has started taking action to propose once more his vision of the situation, because he is convinced that the factory has “great potential as a place of memory”.

The easiest proposals that are being considered are two: to sell for a symbolic sum of money to be paid by someone who is in a position to restore it to its former glory, thus creating new jobs for the local community. The second one, on the contrary, would consider using the building as a national monument and through funds, convert it into a monument in memory of the Holocaust, just as was done with the premises in Krakow.

Both Monika Bednarek, curator of the Schindler Factory Museum in Krakow, and Tomáš Kraus, director of the Czech Federation of Jewish Communities, state they are pleased and agree with the proposals of mayor Kašpar: “It’s an excellent idea“, commented Kraus, “the museum should have been set up just after the film‘s release“. The real problem is, however, that if this project had actually been carried out, it would have encountered a lack of funds to support it: according to an estimate made by Kaspar, it would require 40 million Czech crowns ($ 2 million) to reconstruct the factory and finalize the project. Curiously, however, if the construction of the museum went ahead, the Brněnec community would be absolutely contrary to the idea of dedicating the building to Schindler. Although the memory of the man is important in both the Jewish community and the world at large, the Czechs have not forgotten his collaboration phase. On the same wavelength is the mayor Blahoslav Kašpar, who announced that “if we managed to build the museum, it would definitely not be dedicated to Schindler, because that “brigand” does not deserve it“. An ambiguous and conflicting past that clashes with the world’s literature: on the one hand, a man who saved the Jews from the concentration camps, and on the other, a man who joined the Nazi Party and spied for the Germans. The museum should not simply be a copy of the Spielberg film, but rather, it should be a meeting place for historians, open to debates and the fulcrum of a new intellectual life, cantered on memories. The utopian and idealized vision of Schindler does not seem to be appreciated at all by the inhabitants of Brněnec.

There is not really a tense climate, but there surely is a heated debate on the matter. The final verdict is due for spring 2014 and expectations concerning this topic are high: it would be a great step for the communities of both Brněnec and Svitavy, let alone, as Kašpar stated consequently, “the last opportunity before everything falls to pieces”. 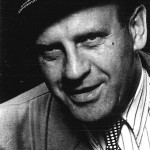 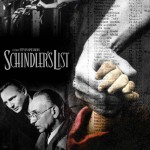 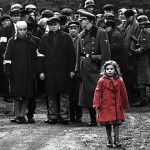 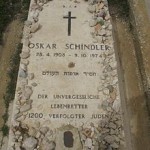