Adolf Loos would have turned 150 years old this year. And a little less than ninety years ago, in October 1930, he stated in the introduction to his collection of essays Trotzdem (1931) that he had fought his “thirty years” battle to free “humanity from the superfluous ornament”. A struggle that began at the turn of the century and saw him at the forefront of attacking the Viennese Secession at the height of success – however, which he initially approached. In fact, from the pages of Ins Leere gesprochen (1900), he didn’t spare any biting criticism of a lifestyle that he considered rotten and corrupt, while still being confident in the community’s intrinsic ability to be better. The intolerance for his compatriots’ ways finds a full analogy in the refusal of that overflowing and corrupt ornament that in Loos’s eyes afflicts the objects of functionality. It’s nothing but the representation of the “claustrophobic and anemic” society that was directing Vienna of fin de siècle towards degeneration.

From tailors to mechanics, from typefaces to food, from carpentry to lingerie, everything is scrutinized and subjected to the gritty irony with which Loos criticizes his contemporaries’ civilization. The two issues of the magazine Das Andere (1903) that Loos completes entirely on his own aim at “introducing the western civilization in Austria” through advice on apparently ephemeral themes. This is a purpose far from frivolous and a declaration of intent that sounds like the eccentric challenge of a character both brilliant and considered of “a permanent anachronism”. An indefinite defense of the connection between Loos’s ethics and aesthetics that hides, ultimately, an exploration of the possibilities, ambiguities, and imperceptible limits of the language between architecture and art. 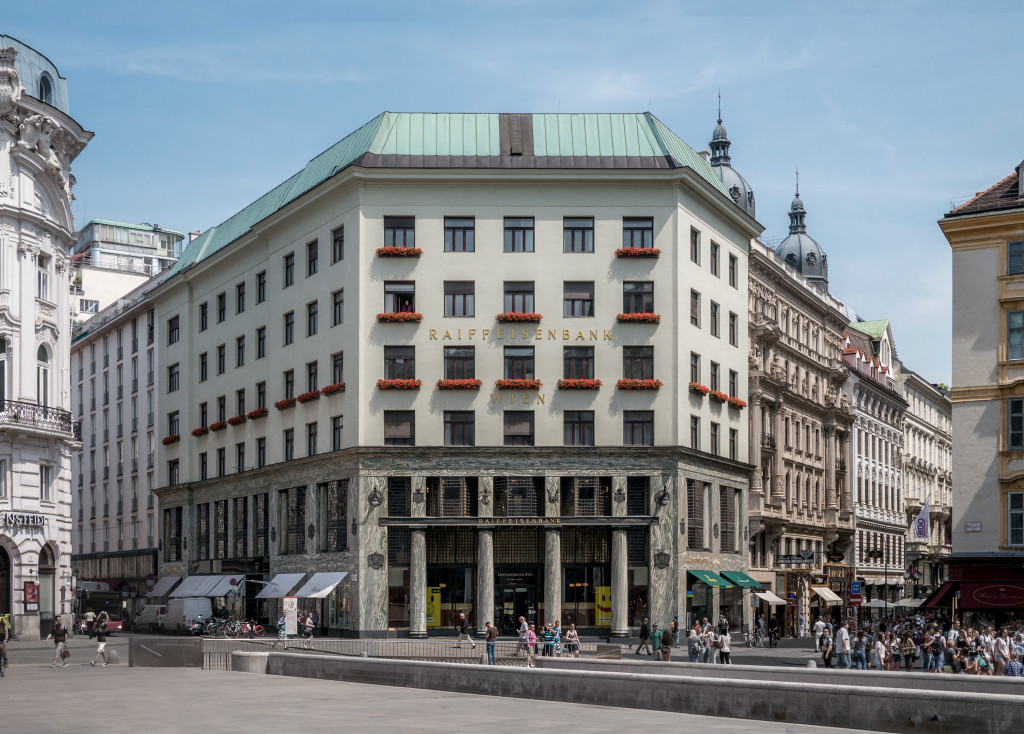 Based on the inconsistencies presented by modernity, more than a century after the beginning of the Loosian battle, it wouldn’t be legitimate to ask what Loos would have said about our world overflowing with objects of dubious utility, over-decorated sometimes and very often redundant, some of which he would have indeed defined as “wild”. He could be, of course, upset but perhaps also fascinated.

He would probably be particularly attracted to notice the persevering tenacity of the decoration whose presence would prove, according to the Loosian theories, how much we are still connected to the “young age” of humanity. And even more, he would equally be attracted to discover both united Europe and the rarefaction – at least in the western world – of any cultural and style boundary. However, it would be priceless to learn if Loos would have been troubled or fascinated to the same extent as he was by the civilization of the Anglo-Saxon countries that he considered perfectly accomplished and above all by the American one – still made out of pioneers like Louis Sullivan – that he briefly experienced during its overwhelming modernity and he had long praised it. It’s the America to which Loos attributed – according to Richard Neutra, who owed him so much – the merit of any idea; with its “subtle and clear” Anglo-Saxon atmosphere, it had contributed to ‘clarify’ his style.

According to one of the ‘contradictions’ of his friend Karl Kraus, Loos combines critics with silence: “let anyone who has something to say step forward and be silent!”.

Even though the Modern Movement and the theories of Loos were not spent in vain, nowadays, we spare no various forms of decorations that are sometimes not yet perceived as such. Loos could have genuinely declared himself astonished by how many uphold the ornament by pretending to be indignant. However, he would be reasonably proud of some steps taken by design in its broadest sense. Loos sees the link between form and functionality in an aesthetic sense more than in a technical one. And his sense of artwork – maybe inherited from his father – adjoins the structural on the one hand and the extreme abstraction on the other, as in the single millimeter thick marble slabs he was dreaming about for his coverings.

Originally from Brno, Loos was one of the most important innovators and reformers of style, design, and architecture of the 20th century – always looking for a compromise between aesthetics and daily functionality. Ambiguous and frank at the same time, Loos, with his caustic comments and his projects considered provocative by many of his contemporaries, has left a profound mark. Despite the initial frictions and long-lasting misunderstandings, his role as “disruptor of disorder” – as his friend Karl Kraus called him during his funeral eulogy – has gradually gained support and admiration. From the pages of the Frankfurter Allgemeine Zeitung in 1930, the 40-year old Le Corbusier admitted how Loos had “swept right beneath our feet, and it was a Homeric cleansing – precise, philosophical and logical. In this, Loos has had a decisive influence on the destiny of architecture”. A destiny oriented by a few precious milestones, the most famous of them all being without doubt Das Haus ohne Augenbrauen, the House without Eyebrows, as the disruptive construction of Loos in the very central Michaelerplatz in Vienna, right in front of Hofburg was swiftly named. It is said that the complete absence of ornament on the facade of the Looshaus (1909-1911) offended the emperor Franz Joseph to such extent that he refused to leave the Hofburg palace on the side facing Michaelerplatz. The contemporary Villa Steiner (Vienna, 1910) shows the absence of an ornament for the period fundamental through its immaculate rectangular shapes with hard edges like “enormous sugar cubes”, anticipating “the style of the 1930s” – according to Sir Nikolaus Pevsner, certainly not secular in this regard. Nowadays a museum, Villa Müller (1928-30), found in the prestigious neighborhood of Střešovice in Prague is an excellent example of the Loosian artistry and certainly one of his most significant contributions to the history of architecture. It’s a mature example of the Loosian sensualizing of the experience of the interior space through the ingenious distribution on different half-floors – called Raumplan, the villa presents on the outside the transformations of the “previous iron renunciations” into a clear complacency of the author in giving in the “temptations of stylization”, according to Marco Biraghi.

Many important retrospectives have been dedicated in recent decades to the Moravian master, starting with those in Berlin and New York in 1985, those in Vienna (1989-90), Prague (2010), Brno (2010), London (2011), Plzeň (2012) and then again Vienna and New York (2013-14), Venice (2016), Barcelona (2017-18), and again Prague (2019). To celebrate the 150th anniversary of his birth, Brno is dedicating a major expo to Loos this year, part of a wider series of events and exhibitions organized all over the country for the Rok Adolfa Loose 2020, the Year of Adolf Loos. The current exhibition at Muzeum města Brna – in the western wing of Hrad Špilberk – open until December 31, focuses on revealing the renowned and less known Moravian projects and achievements of Loos (including the Heroldův dům and the interiors of Bauerův zámeček) partly connected to those of his father, sculptor and influential craftsman of the mid-nineteenth century Brno. The event aims to initiate a socially necessary reflection on the values of modernity – a much dear theme to Loss almost a century ago, hoping to raise public awareness of more coherent conservation of monuments. The city will also dedicate a monument to the architect, as well as discovery and guided tours in “his” city. However, celebrating events will also take place in Prague, such as the reconstruction of his last project – the wooden house for Eva Müller – and the presentation of Adolf Loos as “citizen of the world” until August 2021. 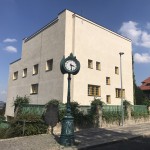 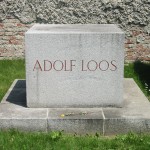 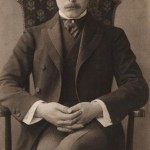 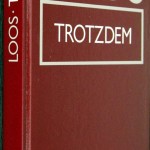