Home  »  Art and culture   »   Happy anniversary Kundera, the most international among Czech writers

Happy anniversary Kundera, the most international among Czech writers

Milan Kundera turns 90: the eventful life of a Brno son.

Should one ask a profane – with a fascination for reading – to name a Czech writer, in nine out of ten cases Milan Kundera would be mentioned. Someone particularly fond of the country could mention Bohumil Hrabal. Perhaps someone else, maybe a poetry passionate or someone remembering the Nobel prize received in 1986, would point out Jaroslav Seifert. Finally, someone, especially from overseas, could pull Josef Škvorecký’s name out of the hat, due to his exile in Canada. Why? We will try to find the answer today, also by celebrating the 90 years anniversary of Kundera which took place on last April 1.

Born in Brno (which is not in Bohemia as wrongly mentioned in Adelphi’s biography), Kundera had a relatively eventful life (even though less than other Czech writers). Between 1948 and 1974, the year of his escape to France, he was expelled twice from the Czechoslovak Communist Party – firstly, because of a letter; and that will be the starting point of his first novel “The Joke”. However, he wrote only ten novels during his long career. To these we can add four theatrical works, three poetry collections, a short story one and a ridiculous number of essays. Among the latter, we can mention “The Art of the Novel”, but we do not refer to the one written in the 80s and published in Italian by Adelphi. We are actually referring to his final thesis, written at the end of the 50s. A wonderful essay on Marxist literary criticism dedicated to the Czech writer Vladislav Vančura (1891-1942, we will come back to this). A text that Kundera tried to destroy with all his strength, including by publishing an additional “Art of the Novel” thirty years later to confuse the trail. All this because the Moravian writer enjoyed controversies but only to the point of not becoming harmful to him.

In fact, there is not much to be done, as Kundera enjoys being talked about, and it is enough to read any of his texts to realize it. In fact, the writer willingly breaks his narrations by offering us his reflections on the world or episodes of his or other characters’ life. Sometimes, he surprises and amuses us, for example when he says that Stalin’s son was killed over a discussion about “shit” (a word used by the writer himself), two pages after pulling out a triviality that leaves us speechless. The polemic originates from before Oscar Wilde. To this we might add that Kundera often touches topics of love and intimacy, but always presents the theme in a rather sordid manner, similar to the above-mentioned Vančura in his first novels, albeit with another purpose. And yes, even rumor has it, that these two elements might have contributed to the Moravian writer’s success in the West. 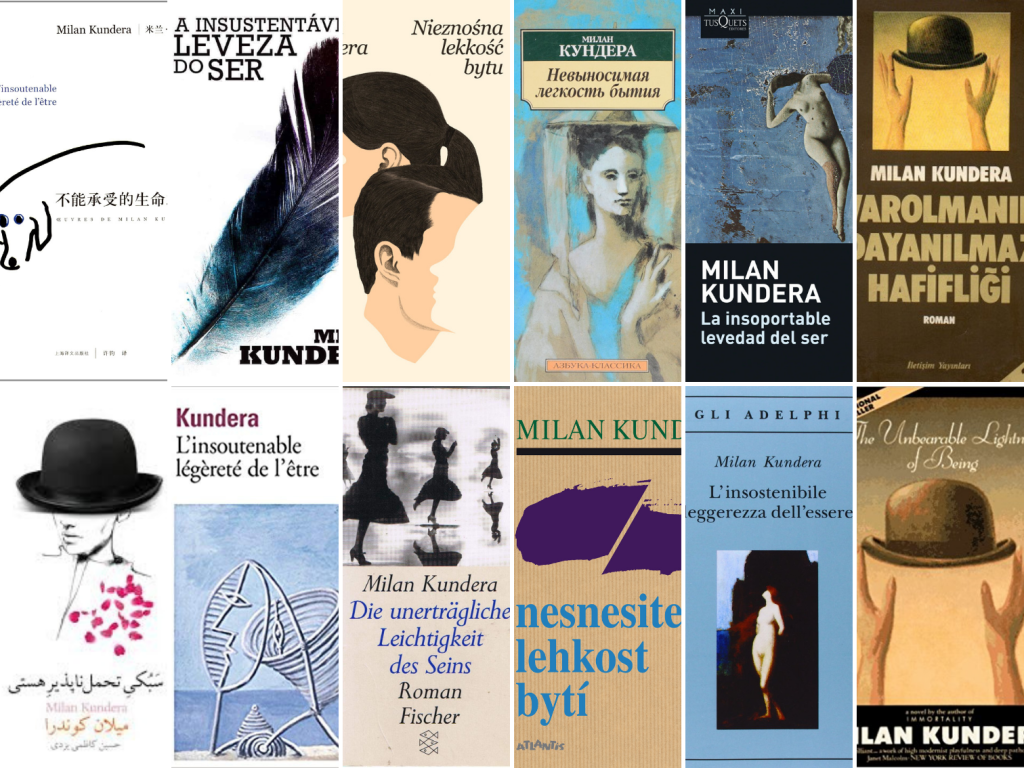 What must be acknowledged about the author is in any case his mastery in building novels and various writings. A somewhat cerebral and elegant shape. From the formal point of view, he is one of the best prose writers that the 20th century has given us. In Kundera’s writings, everything is in a specific place for a specific reason. Son of a pianist and great music passionate, he himself claims of building his text as a great symphony. Although his novels are divided into seven parts, symphonies in seven movements have never been encountered. All symphonies except the Pastoral of Beethoven have four movements. However, the comparison between music and writing goes beyond. The length of the sentences and the correlation between these represents the connection between the lengths of the notes. He was not the only Czech to do this, even Škvorecký did, taking inspiration more from jazz than from classic music. Nevertheless, we will talk more about the differences between the two of them.

In all this, what do Kundera’s stories talk about? Truthfully, not much remains imprinted, obscured by the author’s thoughts and the incredible formal beauty. “The Joke” is probably the most memorable novel of all, also due to the autobiographical elements: a young communist who during the 50s witnesses the fall of his own illusions into ideology, is sent to prison and when he regains his freedom he tries to take revenge on his old romantic rival, only to discover that Prague Spring has changed everything. “The Unbearable Lightness of Being” talks about a couple running from Czechoslovakia after 1968 and deciding afterwards to return. We must emphasize that his considerations scattered here and there across the text are to remain engraved, even more than the stories. Kundera narrates it all with a cold Tolstoyan detachment, only to introduce us some outrageous term. And even with this he is similar to Vančura This is worth a lot for both the Czech and French novels.
The French novels are already a torture for the Czech literary criticism and a delight for the author who continues being talked about in his country without authorizing their translation in his own language. It would be good if the Czechs, instead of holding on to this controversy, would realize that the French novels did not add much to the previous ones. Indeed, since writing in another language is not the easiest thing in the world, they are limited, almost like caricatures of the Czech novels.

However, it is acknowledged that the French novels are completely identical formally to the previous ones, and this is a good thing. They are at their best. This is easily explained, and it is perhaps the real reason why Milan Kundera is the most famous among Czech writers: he is the least Czech among all Czech writers. Let us make a comparison with Škvorecký, another exiled writer of the Czech literature. He writes often and with pleasure about his fictional experiences during the German occupation. A well-known theme to us and an easy to understand one. But Škvorecký wrote it for the Czechs, with entire dialogs in German, with typical Czech words of the time like mešersmitka, referring to the Jewish culture. And all this to give more sense of the “Czech” world, even abroad. Kundera does this a bit as well in “The Joke”, but he abandons it step by step. There is not a highly distinct daily Czech (or Czechoslovak) life in Kundera. Or better said, there is but it is filtered by his thoughts. This is the case even when in “The Book of Laughter and Forgetting” the plot in the pages with Lítost (which in its own does not have a different semantic sphere compared to our regret) sets the whole discourse for those who are not Czech. It takes advantage of the Freudian psychoanalysis, well known to all but which is not at all Czech. It is almost as he was writing in Czech not for Czechs, and this is very fascinating. Even when referring to historical figures, he always prefers international ones. Hemingway instead of Vrchlický (Immortality), Stravinskij instead of Smetana (Ignorance) and so on. Therefore, from a compositional point of view, Kundera finds himself in a more elaborated time among the Czech writers but closer to us from the content point of view. This gives his prose an international air that cannot be found with any of his colleagues. And it is not at all a criticism, but rather a compliment, especially due to the countless talks on the fact that the new literary generations are not at the dissidents’ level and are not able to become known abroad. As the Czechs are proud to speak an incomprehensible language, even the writers are very attached to their national dimension. This makes them hostile to whom doesn’t know their country. Following the internationalist example of Kundera – without necessarily reaching his levels – could, however, restore some international visibility to Czech literature.