More than seven hundred years since his birth, between history and legend, his figure still fascinates us. Endowed with an immense charisma and deep culture, he made use of this acquired knowledge, but also followed the ideas of esotericism

When it comes to Prague and its relations with esoteric culture, our mind immediately goes to the figure of Rudolf II Emperor of Hapsburg, the king who gave the Bohemian capital its fame as a “magic city” par excellence.

If it’s true that Rudolf II actually contributed enormously to the creation of the myth of an esoteric Prague, it is equally true that before him, another great ruler had already – through his figure – linked Prague inextricably to the history of Western esotericism: Emperor Charles IV of Luxembourg. However, as Milan Špůrek wrote, “In the reign of Rudolf II they proclaimed loudly what in the reign of Charles IV was meditated on secretly”.

Charles was an enlightened ruler, who surrounded himself with learned artists and scholars and who chose Prague as his residence, thus making it the most important centre of the kingdom. Under the Emperor, the city experienced a period of strong growth, both from an artistic and architectural point of view and a social and cultural one. The emperor approached Esoteric culture during his formative years in France, and from there brought it to Bohemia. It was in France, however, when he was still only thirteen years old, that he experienced a state of religious ecstasy while listening to a sermon of the scholar and monk Pierre Roger, the future Pope Clement VI, his future friend and ally. It is believed that when the two met for the first time, the monk had prophesied that one day Charles would become a great emperor. On his part, Charles replied that he, Clement, would become Pope before then 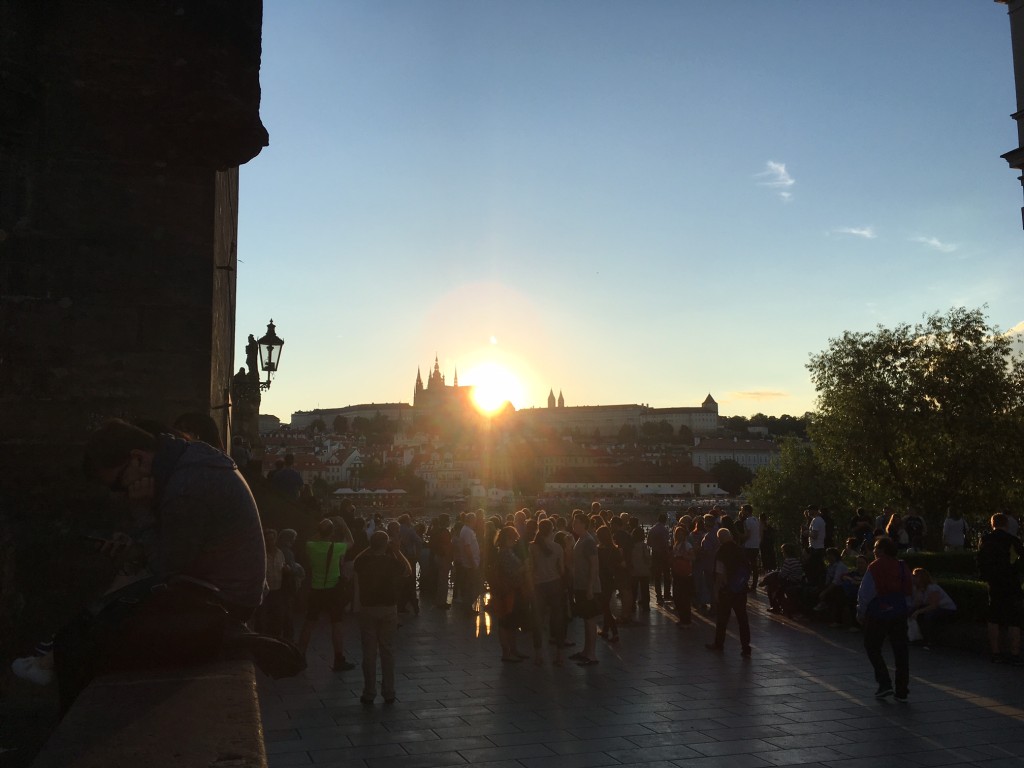 The sovereign regarded astrology as an integral part of his life. He had never undertaken any important task without first consulting the horoscope, the date and exact time when the construction would actually start being built, that was also based on astrological methods of calculation.

At the University of Prague, also founded by him, there were a number of important astronomers who taught there, including Master Havel of Strahov (Gallus de Monte Sion). Physician and astrologer to the court, he was to make a few important prophecies regarding various floods that would hit the city and indicating the exact year, including the Malá Strana fire, which was the reason why Charles IV – who had previously proposed the construction of the New Town on the left bank of the Vltava – changed his mind and decided in favour of the other side of the river. Another professor who came to teach at the new university was the Dominican John of Dambach, a theologian, keen on Christian mysticism, on the borderline between orthodoxy and heresy. Dambach recognized the teaching of Eckhart von Hochheim, who was excommunicated by Pope John XXII in 1329.

The emperor ordered the construction of many public buildings, such as the bridge that took his name and the cathedral of St. Vitus and various other churches. It is from these construction works that we can deduce the Emperor’s deep interest and attention towards esotericism and particularly astrology. Inside the cathedral stands the important St. Wenceslas Chapel, with the square-plan design that Charles requested with its walls and vaults decorated with semi-precious stones. The reason for this unique decorative choice, which is unprecedented in Bohemia, can be traced to the symbolism of Celestial Jerusalem that, according to what is written in the Revelation, had a square shape and its walls adorned with all kinds of precious stones.

On the day of the summer solstice, St. Vitus Cathedral becomes a protagonist of the Prague skyline. To an observer standing on Charles Bridge at around 8.30pm, the sun sets exactly on the presbytery of the cathedral, the burial place of Czech kings and where the relics of the saints are preserved, affording a fascinating spectacle.

But the importance given to esoteric sciences by the Emperor may also be found elsewhere. In 1348, in order to enlarge city of Prague, Charles founded, as we said, the New Town. The Gothic walls of the city stretched out for almost three kilometres and a half, and the project included twenty-four defensive towers, as well as four main gates. Here as well, the Emperor was inspired by the book of Revelation and the 24 towers represent 24 elders seated around the throne of God (Rev. 4:4), while the four gates the four Living Beings (Rev. 5:8).

Even the New Town had been designed, just as, on a smaller-scale, the Chapel of St. Wenceslas, on the basis of the Jerusalem plan. With this urban construction, the emperor wanted to represent the image on earth of the Biblical Celestial Jerusalem, but was also inspired by the historical Jerusalem. He had the city built as a result of careful studies and according to the hermetic rule that requires the interpenetration of the macrocosm and microcosm in all things. As a sort of magical protection for the city, he ordered the construction of five remote churches at regular distances, in order to form a cross that would be visible from above. The churches are those of the Virgin Mary Na Slovanech; the Assumption of the Virgin Mary and St. Charles the Great; Saint Catherine of Alexandria; St. Apollinaire and the Church of the Annunciation of the Virgin Mary Na trávníčku.

But the construction work that, above all else, demonstrates the great interest in astrology and esotericism of Charles IV is, undoubtedly, Charles Bridge. On July 9, 1357 with a solemn consecration ceremony, the first stone was laid at 5:31am, just after sunrise, according to very precise astrological correspondences, in terms of day and time. By taking a closer look at the date and time of the foundation, a curious detail comes to the fore. The numbers in sequence give rise to a series of numbers that are considered magical: 135797531, a palindrome number. A sort of magical protection, so that the bridge may last forever.

Shortly before, on the side of the Old Town, a tower had been built to act as the main door to the city. This tower has an important symbolic function, because it acted as an obligatory stop for the kings, who went along the “Royal Road”, an extremely esoteric route full of symbols, on their way to the coronation. During a few restructuring projects on the building, carried out in the 50s and 70s of the last century, two mysterious writings were brought to light, that had no spacing between the words or palindromes. The wording reads as follows: “Signate, signate, mere me tangis et angis” (beware, if you stain me with your touch, you will be hanged); “Roma, tibi subito motibus ibit amor” (Rome, love will come to you suddenly with turmoil). Even if these phrases do not have any apparent meaning, they were intended to be real magic formulas of protection, similar to those frequently found on Italian medieval buildings, such as the well-known: “Sator arepo tenet opera rotas”

The tower is about 47 meters high, and was built to be a protective “magic” building full of encrypted symbols. On the left side is a lion holding a lamb’s leg in its mouth, while on the right side, there is an eagle that has caught a hare. In the middle there is a crown. Each of them has an astronomical and astrological meaning that may be deciphered only by those who own the relative code keys.

Another of the Emperor’s passions, that was close to Christian mysticism, was collecting relics. Charles possessed a large collection, but there was one in particular that would be much talked about in the course of Europe’s future history: the spear of Longinus or “Holy Lance”. This important relic, which according to tradition was the spear that pierced Christ’s side, came into the hands of the Emperor during the fourteenth century and remained in Prague until 1424. Charles took possession of it during his trip to Italy, and to preserve it together with the others, he built Karlštejn castle.

More than 700 years since his birth, the figure of Charles IV of Luxembourg does not cease to amaze us. A man of immense charisma and great culture, he applied his revealed knowledge, but did not hesitate also to experiment with esotericism, so that his city and kingdom would become the realization of an ideal state, as theorized by philosophers and sages of all times and places. An enlightened ruler, whose works even today are a manifestation of his achievements. 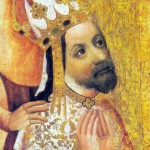 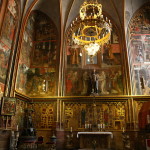 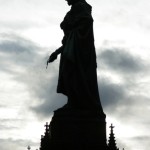