Our journey in search of the ancient manor houses and elegant aristocratic residences of the Czech Republic continues, where numerous famous movies have been filmed

This country, as mentioned in our first article, despite its small size, is so full of castles that filmmakers from all over the world, even the great Hollywood giants want them as settings for their films. It is even common for a single film to make use of a multitude of these aristocratic residences, with the relative film crews moving the production from one side of Bohemia and Moravia to the other.

The case of A Royal Affair, one of the best films of 2012 and the result of a co-production between Denmark and Sweden, is a particularly emblematic example. Like many of the foreign productions filmed in these parts, it is a historical film, in this case from the 18th century, set during the royal court of King Christian VII of Denmark, and focuses on the love story between the sovereign’s wife, Caroline Matilda of Hannover, and the royal doctor, Johann Friedrich Struensee, played respectively by Alicia Vikander and Mads Mikkelsen. Over a period of 40 days and with a very large crew, filming took place in 20 different locations, all within the Czech Republic, including the castles of Kroměříž, Ploskovice, Český Krumlov, Kačina, Doksany and Ledeč nad Sázavou.

There have also been cases where film-related needs caused other buildings to become castles. This is the case of the Archbishop Palace of Kroměříž, built 1497, renovated in 1664 in baroque style and a World Heritage site since 1998, the interiors of which were used by Miloš Forman to simulate the imperial palace of Hofburg in Vienna during the filming of Amadeus (1984). The main hall of the Archbishop’s Palace was also used in a film about Ludwig van Beethoven, Immortal Beloved (1994) for the famous concert scene.

Forman’s Amadeus also shares the aristocratic residence of Ploskovice with A Royal Affair, another architectural gem already seen in numerous film fairy tales, such as Princ a Večernice (1978) directed by Václav Vorlíček, and classic comedies such as Jára Cimrmann ležící, spící (1983). On the other hand, regarding the ancient manor of Ledeč nad Sázavou, a village in the Vysočina region, it can be recognized in the Tv miniseries Les Miserables from 2000, an adaptation of the classic Victor Hugo novel of the same name, and especially in Faust (2011) written and directed by the Russian master Aleksandr Sokurov, who with this film won the Golden Lion of the jury of the 68th Venice International Film Festival. 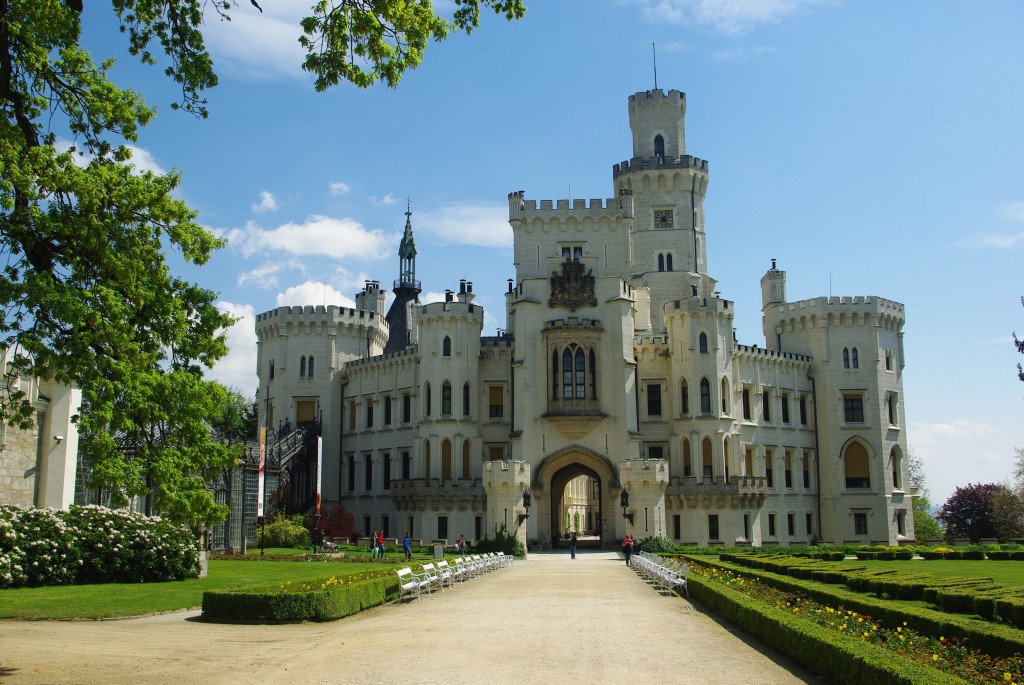 Going back to Moravia, it is impossible to forget the castle-monastery complex of Třebíč, with St. Procopius Basilica. It is in this area where the very young Magda Vášáryová wanders around at the beginning of one of the best films ever made in the former Czechoslovakia, Markéta Lazarová (1967). Director František Vláčil chose the basilica, also included among the UNESCO world heritage sites, to shoot the convent scenes, while the Romanesque crypt served to create the necessary dark atmosphere of the Middle Ages. The Renaissance castle, the result of a reconstruction of a previous Benedictine monastery, which took place in the second half of the 16th century, was later renovated in Baroque style between the 17th and 18th centuries.

Of course, it would take entire books to discuss all the castles immortalized on the big screen adequately. It is no coincidence that two of the most popular genres of Czechs, historical films and fairy-tales, strongly require this type of location. This is particularly the case of the “pohádky”, the fairy tales that best exploit these architectural gems, even if it is not possible to list them all. Bouzov Castle, for example, about half an hour from Olomouc, is genuinely stunning, and has been immortalized by fairy tales such as O princezně Jasněnce a létajícím ševci (Princess Jasněnka and the flying shoemaker, 1987) and the television series Arabela (1980-1981), which have benefitted from the romantic air that the building possesses, while the international public may recognize it from an episode of the series The Young Indiana Jones Chronicles, and the Italian viewers specifically from the locations of Fantaghirò. The latter, a Tv miniseries in the fantasy genre from 1991 directed by Lamberto Bava, regardless of what one may think of the quality of the production, showcases a range of breathtaking castles of the Czech Republic, including those of Pernštejn and Lednice. In addition to the fairy tale produced by Reteitalia, the Lednice fortress can also be seen in Bathory (2008) and The Omen (2006), the remake of the classic 70s horror film. Lednice park also does not lack appeal from a nature point of view, since it possesses a greenhouse with tropical plants and Romantic style buildings, including the oldest minaret in Europe.

In 2007, in a survey by the Národní památkový ústav (National Heritage Institute), the castle voted the most “fairy tale-like” in the Czech Republic was that of Telč, which preceded Pernštejn. In fact, in addition to being one of the jewels of Renaissance architecture, Telč’s popularity also owes much to the fact that Pyšná princezna (The Proud Princess, 1952) was shot here, one of the most beloved fairy tales ever made in the country.

Those who appreciate the classics of the golden age of the Czechoslovakian cinema of the 60s, will have seen it in The Cassandra Cat (Až přijde kocour, 1963) directed by Vojtěch Jasný and winner of the Special Jury Prize at the 16th Cannes Film Festival. Not even the great authors of international cinema have neglected this precious Renaissance complex, as demonstrated by Woyzeck (1979), directed by the legend of German cinema, Werner Herzog. There are also, if we speak of Telč, more recent examples such as the French film Angélique (2013), a new adaptation from the very popular adventure novel Angélique, the Marquise of the Angels by Anne and Serge Golon.

Before closing we are obliged to dedicate a few lines to the Castle of Hluboká in South Bohemia, a splendid example of neo-gothic architecture, built following the romantic style of Windsor Castle, which some consider the most beautiful in the whole Czech Republic. The historic château, which owes its current appearance to the Schwarzenberg family, is remembered film-wise for a scene from Shanghai Knights (2003) and for being chosen as the location for the Eastern Coven in the movie Underworld: Blood Wars (2016). In this case, as in some others, these are perhaps films unworthy of architectural monuments of such splendor and historical importance. In any case, the recurring appearance of Czech castles in cinemas around the world is a cause of undeniable pride for the country. 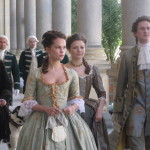 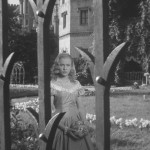 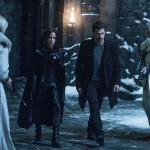 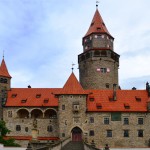