From the time of Karel Čapek and his robots, and even before, this country’s science fiction has had a profound influence also abroad, both in cinema and in literature

Have you ever wondered where the word “robot” originated from, as well as the very idea of such a machine? Or when the cultural world began to talk about the threat of nuclear war? In a way, for those who did not know, it all started in Czechoslovakia.

Science fiction is a genre that has gone through stages of splendor in a territory which since the era of national independence of 1918, and the First Republic, also underwent periods such as the Nazi invasion and occupation (1938-1945) and the forty years of communism.

The origins of this tradition, however, should be traced back to 1881, when writer Karel Pleskač wrote Život na měsíci, Life on the Moon, a novel that can be considered the true first step into Czech sci-fi.

Karel Čapek, father of a genre

Usually, however, when it comes to Czechoslovakian (or even European) science fiction, one cannot fail to start with writer and playwright Karel Čapek (1890-1938), who in 1920 was the author of the three-act theatrical piece R.U.R., Rossumovi univerzální Roboti (“Rossum’s Universal Robots”).

The word robot, then used for the first time, had been suggested to Karel by his brother Josef (1887-1945), a painter and writer, with both figures being of central importance for Czech culture between the two wars.

The profound influence of Karel Čapek was subsequently visible in the German silent film Metropolis (1927) directed by Austrian Fritz Lang, universally considered to be the first science fiction masterpiece in Cinema history. Lang’s dystopian future of increasingly growing class divisions, was also characterized by human-like automatons substituting humans for sometimes rather sinister reasons. In short, much like the robots already seen in Čapek’s work, but from a different point of view to the more optimistic and harmonious vision of the latter.

One of the first examples of science fiction on TV, was an adaptation of R.U.R. in the form of short film (35 minutes) in black and white, produced and broadcast for the BBC in 1938.

In addition to inspiring the first android movies, Čapek’s signature could be seen also on the early science fiction films in his homeland. With the literary works Válka s mloky (The War of the Newts) from 1936, and Bílá nemoc (The White Disease) from 1937, the writer faced the dichotomy between freedom and dictatorship, between war and peace, besides the dangerous spectre of Hitler.

The second would become a film the very same year, thanks to Hugo Haas, a popular director and star of Czechoslovakian cinema, who also played the lead role of Dr. Galen. The film, titled “Skeleton on Horseback”, in the English language market, tells us how in an unnamed country a dictator prepares a war against neighboring states while an unknown deadly disease spreads. A doctor, Dr. Galen, discovers a cure but initially decides to use it only for the poorest victims, before agreeing to share his discovery provided that the dictator renounces his plans for war. A film perhaps a little too verbose when revisited today, but one boasting a fine mise-en-scène, while facing important issues such as the growth of Nazi fascism at the time. The film was obviously banned the following year, with Nazi occupation. Haas, who came from a Jewish family, was forced to emigrate to the United States.

Post-war period and the 60s: from Čapek to Zeman

However, the best Čapek adaptation would arrive more than ten years later, in 1948, with Krakatit, directed by legendary Otakar Vávra. In the film, we follow actor Karel Höger in the role of a chemical scientist fallen into a state of delirium and regret for having invented a powerful explosive. Upon its release in the United States in 1951, the film was dubbed “a strident preachment for peace and against destructive nuclear fission”, and today it is remembered as perhaps the first film to have denounced and warned us against the dangers of atomic weapons. The film’s warnings arrived ten years before Hollywood tackled the same subject in films such as On The Beach (1959), Fail Safe (1964), and of course the classic of the genre, the comedy Dr. Strangelove directed by Stanley Kubrick from 1964.

Following the Communist coup of 1948, it was no longer possible to continue the trend of Čapekian science fiction, which was not in line politically with the new regime, and the genre had to search for a new path, a new function and different influences. From the 1950s onward, primarily two types of science fiction film were seen: one influenced by the French writer and father of science fiction and adventure Jules Verne, and another based on the cosmonautical missions of the stories of Polish writer Stanisław Lem.

Regarding the first sub-genre, the undisputed master was animator Karel Zeman (1910-1989), the “Czech Georges Méliès”, who stood out for his ingenious method of combining animated drawings and live footage in a very personal style. His masterpiece Vynález zkázy (Diabolic Operation: 1958) is considered one of the first and best real examples of the steampunk genre with its imaginative scenery inspired by the engravings of Riou and Benett, the illustrators of the early editions of Jules Verne. On the other hand, the film or television adaptations of cosmonautic adventures drawn from Lem represent true science fiction DNA with its visions of the future.

At an international level, the most successful film in this sub-genre is unquestionably Ikarie Xb 1, 1963, directed by Jindřich Polák, freely adapted from the novel The Magellanus Cloud (Obłok Magellana) from the Polish writer.

The Czech co-productions with other European countries such as Fantastic Planet (La planète sauvage), a French-Czech animated film from 1973, designed by Roland Topor, who co-wrote it with director René Laloux, also should not be overlooked. A minor classic of both animation and science fiction. Laloux’s work displays the ideas of its author, but works also thanks to the technical magic of the animators of the studies of legendary animator Jiří Trnka. The Prague studios were chosen by the director precisely because of the technical expertise of the artists present.

Unfortunately, La planète sauvage is the last genuine masterpiece of the genre in Czechoslovakia. In the years of normalization, after the Soviet invasion of Czechoslovakia in 1968, it became increasingly difficult to create science fiction for an adult audience. For this reason the works of the period were mainly for television, targetting a younger audience. The best example of this trend could be the television series Návštěvníci (The Visitors, 1981-1983), directed by Jindřich Polák, and set in a dystopian future (the year 2484) where the best brains in the world are forced to travel in time to save the destiny of the planet. The series, distributed and followed also in Poland, Hungary, Yugoslavia, Romania and Spain, stands out for the costumes of future Oscar Winner Theodor Pištěk, and for the animation of Jan Švankmajer. The normalization years also led to the emergence of a new set of wacky science fiction comedies such as Zabil jsem Einsteina, pánové (I Killed Einstein, Gentlemen: 1970) by Oldřich Lipský, and Zítra vstanu a opařím se čajem (Tomorrow I will wake up and scald myself with tea:1976), once again directed by Jindřich Polák. The former, which stands out due to its numerous inventions, has attracted a lot of attention in recent times for a scene in which a character takes a photo using a device resembling a selfie stick, many years before they became commonly used objects.

If the genre of Czech science fiction from the velvet revolution has been limited to the publication of magazines such as Ikarie and novels from authors such as Jiří Kulhánek, the genre continues to arouse interest also from abroad. It is no coincidence that in 2014 the book, or rather, essay “Orbits: Around Czechoslovakian science fiction cinema”, was published, written by Italian researcher Roberto Alquati and edited by Urbone Publishing. The author from Lecco, who has been living in Prague for many years, carried out passionate research work, tracing the evolution of the genre on this big screen, from the early Karel Čapek adaptations to the present day, thanks also to the use of the archives of Česká televize and Národní filmový archiv. An admirable book due to the attempt to summarize the genre’s history, and classify the films according to its various themes, but also for the rediscovery of less well-known authors worthy of reevaluation.

In any case, we can be certain that the Czechoslovakian science fiction tradition, despite no longer shining as it once did, does not seem to disappear. Its roots are easily traceable, for example in the Karel Zeman Museum, which opened a few years ago in the tourist centre of Prague, at the foot of Charles Bridge, or in the new screenings of Ikarie Xb 1 in various cinemas in the country during 2017. It can be said that the future, which here has a glorious past, is still alive in the present. 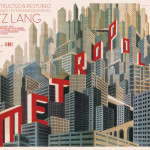 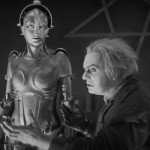 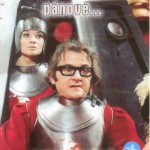 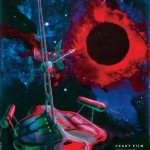 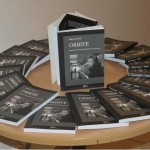