From the Golden city to the Eternal one

He loved to refer to himself as Ludovicus Romanus, and to say that the Eternal City was the alpha and omega for him. Rome, its light, its art, its history, were for Ludwig Pollak the horizon of a life consecrated to the beautiful, and the ancient. In his native Prague, he remained an echoless name, practically a stranger, but was a decisive figure for the Capitoline cultural world in the nineteenth and twentieth centuries.

The life of this great archaeologist, collector and art dealer outlines a broad cultural and human trajectory. A prototype of the cosmopolitan and cultured intellectual of the Belle Époque, his destiny was both noble and cruel, suspended between the Prague world and the horrors of Auschwitz. Pollak’s life can only be considered out of the ordinary: deeply rooted in the Golden City, imperial and Jewish. It seems he was maternally related to the famous rabbi Judah Löw, that of the Golem legend.

Born in the Bohemian city in 1868, he soon moved to Vienna to attend the famous archaeological-epigraphic seminar of Alexander Conze, the discoverer of Samothrace and Pergamon. In the Central-European world of the end of the century, classical and Hellenistic art aroused great fervor. The imperial capital was an important cultural center, at the forefront of the arts, literature and science. It was here that the young Pollak came into contact with the greatest scholars of the German school of antiquity, including Emanuel Löwy, who was to be the first professor of classical archeology at the University of Rome. In Vienna, Pollak graduated in archeology and earned a scholarship to improve in Rome: it was the turning point of his life, and a grace for the history of art. Because it was in the Italian capital that Pollak would tie two lives together. He would leave it only twice, the first time during the First World War, and the second by force, by now an elderly seventy-five-year-old, on a train heading towards a death camp.

But let’s rewind the tape to go back to the early Prague years, about which we have first-hand information: Pollak’s first-person account in his diaries. From these pages we learn that he was trained in the Ashkenazi Jewish world of the Golden City, born to Abraham Pollak and Karoline Schlosser in a middle-class street: Bergmansgasse, the current Havířská in Staré město. And the city, as well as its Jewish roots, will always remain linked. Throughout his life he continued to return there regularly for religious holidays, staying there even during the forced exile from Rome during the years of the First World War. 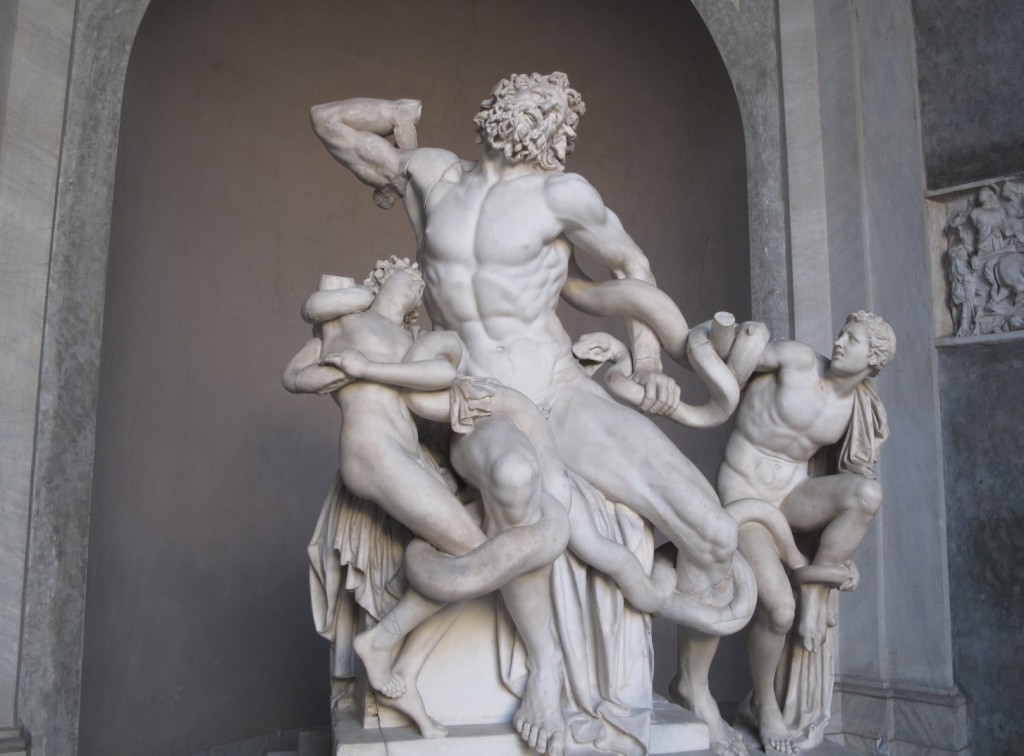 But if Prague represents identity and tradition, Rome is the city of his consecration and splendid years. Having arrived in the capital in 1893, Pollak immediately found a Mecca for his research and collections. Thus in 1903, rummaging in the back room of a junk dealer, he made the discovery of a lifetime, one worthy of an adventure novel. But only here it was all true. When a marble arm caught his attention, the instinct and knowledge of Greek art made his eyes open wide. Yes, he was in front of the missing arm of Laocoon, of the majestic Hellenistic statuary group kept in the Vatican Museums. Today that arm is the “arm of Pollak”, who was able to recognize it and to have foreseen its retracted position, against a general opinion that imagined it reaching out. And it was thanks to this extraordinary discovery that Pollak was the first Israelite to receive, in 1905, an honor from a Pontiff. The commendatory cross given to him by Pius X wanted to reiterate the importance of a great gift received, that is to say the missing piece of the splendid statuary group. But this would not be the only striking discovery of this fine connaisseur. Another shot by Pollak is the discovery of the authenticity of an Athena by Mirone, which the Russian collector Stroganoff said was a fake and kept in a service room of his own Roman palace. Thus, thanks also to these exploits, Pollak became an essential name in the world of Roman salons and art collectors. He offered services to the largest (and wealthiest): becoming a consultant and mediator of Count Stroganoff, of the Dane Carl Jacobsen, owner of Carlsberg breweries and of the American banker J.P. Morgan, to whom Pollak jokingly referred to as “His Majesty the Dollar”. Soon his market and contacts expanded worldwide, but Pollak was also a man tied to his roots, his land, and strong intellectual relations. Like the one that he lived with Sigmund Freud, with whom the Prague-born Roman shared a religion, a language and a culture. The psychoanalyst of the century was also a great lover of archeology and became a privileged spokesman of Pollak. In 1917, the great art dealer cataloged the antiquities that Freud kept in his Viennese apartment.

Having returned to Italy after the end of the Great War, the Prague-born scholar became the right-hand man of senator and collector Giovanni Barracco, and then succeeded him as the museum director. Then the years passed, and the prologue of the tragedy arrived. In the thirties, anti-Semitism became harsher, the German director of the Hertzian Library prevented him from entering. More and more alone and isolated after the vote of the 1938 racial laws, Pollak understood the gravity of the situation: he then began to sell his collections. It is difficult to imagine what it meant for him to separate himself from the objects of art he had gathered over a life of research and business.

Then the situation precipitated, the world war, and Nazi barbarism. On October 16, 1943, the black Saturday of the roundup of Roman Jews, he was captured by Gestapo. He would end up in the inhuman anonymity of the gas chambers of Auschwitz, together with his wife Giulia and their children Susanna and Wolfgang, after refusing the hospitality of a Monsignor, a friend of his, at the Vatican. He said he wanted “to bear the destiny of his people upon himself”. His tragic end did not deny him this. His deep connection with Judaism was experienced with extreme consequences. Only the sister-in-law of Pollak, who donated the collections, the memorabilia, the archive, and the diaries to the Barracco museum, survived the extermination of the family.

One thing is certain: the barbarous anonymity of Pollak’s death has not erased his extraordinary life. His story and his objects remain in his Rome. Thus, 150 years after his birth and 80 years after the enactment of the hateful racial laws, his city of adoption celebrated him and remembered him with a great exhibition that ended on May 5th: “Ludwig Pollak. Archaeologist and art dealer”. The exhibition, curated by Olga Melasecchi, collects many of his treasures in two symbolic places: the Barracco Museum, of which he was the first honorary director and where his library and archive are kept, and the Jewish Museum. It contains a journey of travel photos, of rich Roman dwellings that Pollak inhabited, still paintings, ancient sculptures, Greek vases, watercolors, rare books, unpublished archival documents, unrolling the folds of a multifarious destiny, echo of the many stories that accompanied the life of the great collector. A red line is thus drawn, which goes from Prague to Asia Minor and has Rome as its crux: the unique and fascinating path of a Capitoline Praguer, signed by Ludovicus Romanus. 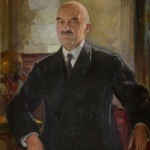 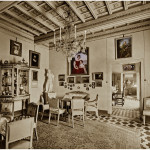 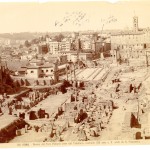 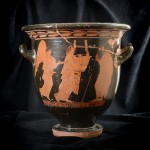