Home  »  Prague and surroundings   »   From steel to rock: the new life of the Hradčany of Ostrava

From steel to rock: the new life of the Hradčany of Ostrava

Discovering Dolní Vítkovice, one of the oldest industrial complexes in European history, which now lives on music, sport and tourism

Upon our arrival, Ostrava appears as a well-organized and modern city, thanks to the newly built tram station and the good public transport network, which on the route towards the centre, offers an original skyline different to that of the other major cities of the country. If Prague offers the view of the Castle, the towers of the church of St. Mary of Týn or the dome of the Rudolfinum, Ostrava provides us with the combinations of pipes and steel of the old factories of Dolní Vítkovice, one of the most important steel complexes in the history of the country and from all over Europe. The Hradčany of Ostrava, as the set of industrial structures is called, fascinates the observer as a clear and immediate expression of a past of history and work.

The trams stop right in the middle of the steel towers of this unusual fortress, dotted inside with large green meadows. There is a great desire to raise the head upwards and immortalize the contrast between the blue of the sky and the brown of the tubes, but it is necessary to hurry because in the tourist offices a guide is waiting for us, ready to tell us about Dolní Vítkovice. His name is Jakub, a physics student, who welcomes us with the enthusiasm of someone keen to have the opportunity to refresh his English. With his helmet on and the camera and notebook in hand, we move towards the Bolt Tower, from where it is possible to admire most of the capital of the Moravian-Silesian region. 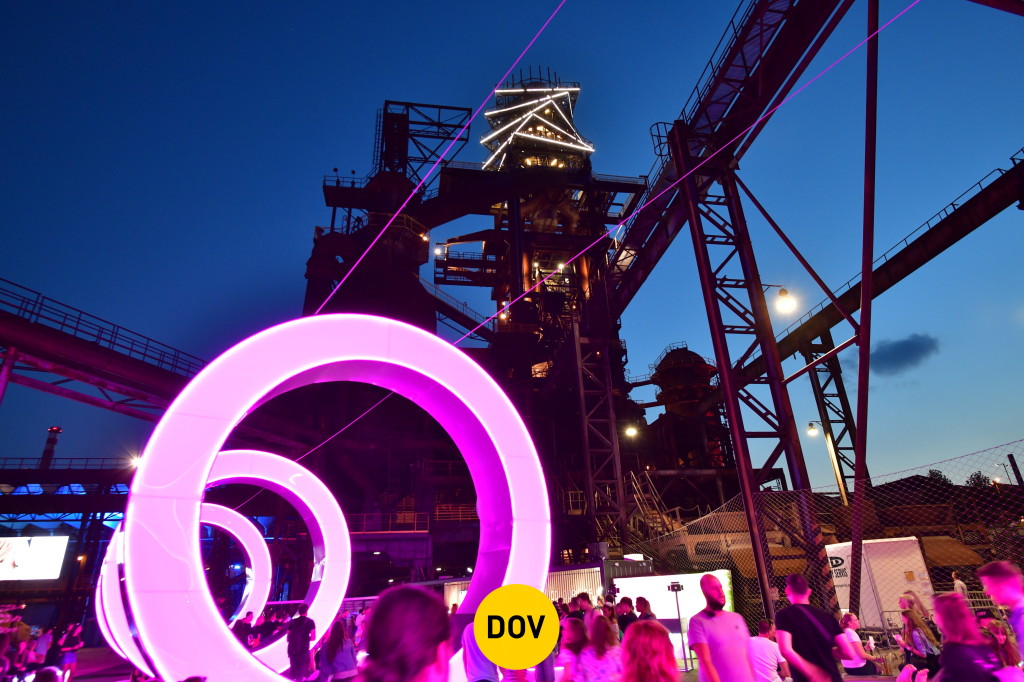 The Bolt Tower is a tower mounted on an old blast furnace, built five years ago thanks to the project of the architect Josef Pleskot and named 2015 Building of the Year. It’s almost 80 metres high and equipped with walkways under which there seems to be a void, causing moments of panic for visitors who suffer from vertigo. Once up, however, the former Dolní Vítkovice iron and steel complex reveals itself in all its massive homogeneity. Consisting of three blocks that in the past characterized the industrial area of the city’s steelworks, the site’s geography consists of the blast furnaces, connected to the coke plant and the chemical industry by means of conveyor belts, systems and transport bridges, and of the Hlubina mine, from which in the past came the coal to be transformed into steel. In the rest of the complex there are administrative buildings and those for mechanical production. What makes this mixture of pipes and systems homogeneous is the color, characterized by shades that are halfway between red and brown, which recalls the history lessons on industrial revolutions.

And memory, in this case, does not deceive at all: Dolní Vítkovice was one of the great protagonists of the economic development of this part of Europe. The turning point was 1763, when the first black coal field was found in the Burňa valley.

Starting from this event, after less than twenty years, the coal mining activity began and in those years contributed strongly to the birth and development of the first industrial revolution. In the decades to come, thanks to the commitment of the archbishop of Olomouc Rudolph Johann Joseph Rainier, of Habsburg-Lorraine, and the need for raw materials for the construction of railways of the Austro-Hungarian Empire (especially for the Ferdinandova tracks, which led from Vienna to Galicia) Rudolfova Huť was born, the first structured company for the extraction and transformation of coal. The commitment of the archbishop was joined by that of professor Franz Xaver Riepl, who had the intuition to found the steel industry near the coal deposits and the necessary water source of the Ostravice river. The last years of the eighteenth and early nineteenth centuries therefore marked a turning point for the environmental and economic structure of the city, which from an agricultural center became a fundamental industrial and occupational basin of Central Europe.

In the nineteenth century, with the passage of the iron and steel complex from the Empire to the banker Salomon Mayer von Rothschild, investments increased and with them came the birth of the engineering divisions for the production of bridges, boilers, steam engines, steel beams, railway wheels. Rothschild had new depots and buildings built, useful for both the administration of Dolní Vítkovice and the workers, thus contributing to the emergence of an important incoming migration flow. In the second decade of the twentieth century the number of employees here reached 25,000, while in 1937 the iron and steel production nearly reached twenty million tons of raw materials and products, thus reaching its peak. From 1945 onwards, with the advent of the communist regime and the nationalization of coal companies in Vítkovické železárny alone (Vítkovice IronWorks), Ostrava was able to earn the famous nickname “steel heart of Czechoslovakia”.

With the fall of communism, the second major turning point in this story came. In 1994 in Vítkovice, it was decided to interrupt the extraction of coal, while in 1998 the production of cast iron and steel ceased, thus ending up also closing the activity of the last blast furnace and ceasing operations of one of the steelworks with the highest productive capacity of the Old Continent. Since then, the history of the imposing iron and steel complex has changed radically, and the monopolizing red-brown color of the establishments gave way to the brighter and more numerous colors of its new life as a tourist attraction. A unique site of its kind, which in 2002 obtained the status of national cultural monument and which since 2008 has been part of the European Cultural Heritage.

For twenty years now, the administration and the associations have not chosen to abandon the place to itself, nor to make it a simple complex where to organize tourist tours, but to transform it into an environment where the factories’ past could mix harmoniously with recreational and cultural activities. A courageous choice, which for now is rewarding the city and the country with the excellent data in terms of the flows and the satisfaction of tourists but made urgent by the significant negative effects that almost two centuries of iron and steel production have entailed on the Ostrava environment.

In any case, the commitment of the institutions seems to be able to change the environmental destiny of a site that from an incessant industrial machine (the blast furnaces, shut down in 1998, had been active for 162 years) has transformed into a place of important music and sporting festivals, especially in the summer. The most important events are the Beats for Love, an electropop event of global importance with 40,000 visitors a year, and the Colours of Ostrava, which in recent years has brought hundreds of thousands of people to the city, as well as the likes of artists such as David Byrne, Robert Plant and Iggy Pop. The Golden Spike of Ostrava, the international athletics meeting of the IAAF circuit, has become instead a traditional meeting place for the athletes of these disciplines. The most famous among them, Usain Bolt, is also a key figure in the change of Dolní Vítkovice. It was he, in fact, who in 2015 baptized the new structure of the tower which due to its resemblance to a bolt, was nicknamed Bolt Tower, taking advantage of the pun with the surname of the fastest man of all time.

And although steel production continues in Ostrava (a few months ago the transition of the steel plant was completed, though still the largest in the Czech Republic, from ArcelorMittal to Liberty House), the path traced by the experience of Dolní Vítkovice can be an example for the hundreds of abandoned industries scattered around Europe: an impressive industrial complex reused for tourist and cultural purposes, capable of attracting only 1.6 million people a year, over half of all visitors to the region, second only to the city of Prague among the most visited places in the country. 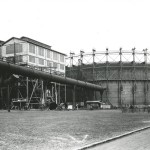 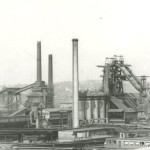 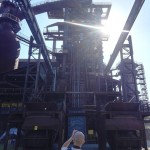