Home  »  Art and culture   »   Whom does St Vitus Cathedral belong to?

Whom does St Vitus Cathedral belong to?

The dispute between State and Church over the property of the Cathedral goes on. The claims are rooted in history. The Constitutional Court is now to rule.

Like Robert Stevenson said, “mankind was never so happily inspired as when it made a cathedral”. The story of the Cathedral of St Vitus, Wenceslaus and Adalbert in Prague makes one think that a happy inspiration could not prevent mankind from quarrelling over worldly matters, such as who is the owner of the building.

The dispute between the Czech State and the Catholic Church over the property of Prague Cathedral has been going on for sixteen years. The subject-matter of the case is who is the owner of the Cathedral. It can be expected that the trials won’t end soon: the Church has just stated that it will appeal to the Constitutional Court against a recent ruling declaring the State to be the exclusive owner of the building. No other appeal remains, since also the Czech Supreme Court has already ruled over the issue. An agreement between the State and the Church regarding use, maintenance and fees for the Cathedral was concluded in January 2008. 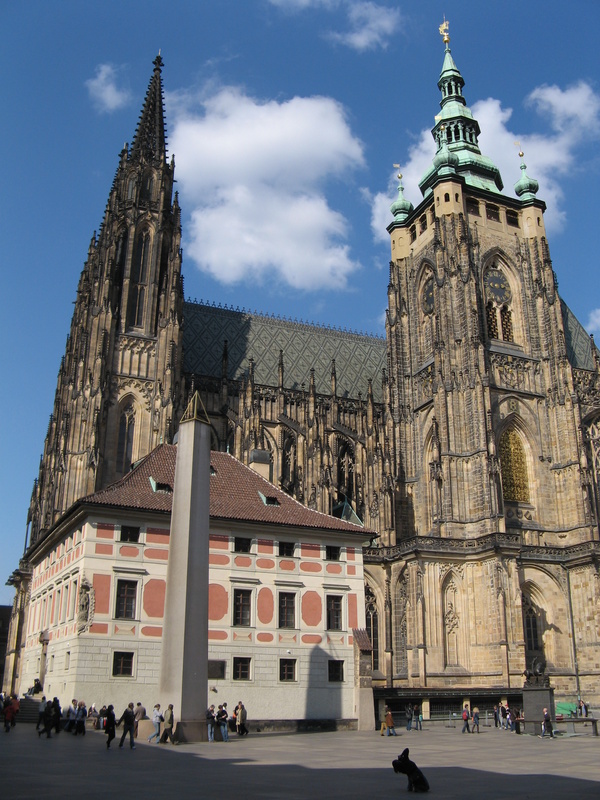 The legal history of the Cathedral is as long and complicated as its century-lasting, off-and-on building history. Some historians reckon that since the Cathedral was donated to the Church by Charles IV, the donee retained the title over the building. Other historians hold that the Church was granted only the right to use the building, with the ownership in the hands of the State until the socialist regime came to power in 1948. Here the story becomes more complicated. Following the introduction of the 1950 Czech Civil Code, the notion of ownership right was radically transformed to the extent that any comparison with the previous legal system is nearly impossible. The ownership right was disconnected into three “sub-types”: “socialist”, “personal”, and “private” property. Some believe that at this stage the Cathedral probably converted into “socialist” property. A 1954 decree declaring the Castle District, including the “monuments built thereto”, as “belonging to all the Czechoslovakian people” seems to support this view. The Church claims this was an utter confiscation. According to others, no confiscation could take place because the Church was never the owner of the building and was later granted the right to celebrate services. The decree clearly exceeded the scope of the statute of delegation under which it was issued.
Despite it was repealed in 1991, it was decisive in the recent court ruling. Besides such formal issues, it is surprising that a modern Czech court can still apply a decree which relates to a non-compatible past of the Czech constitutional order.

The Constitutional Court in Brno will now rule over the case. It might take no less than one year, possibly one year and a half. And the Church is already prepared to litigate the case in the European Court of Human Rights, in Strasbourg.