Home  »  Prague and surroundings   »   Dubček, the communist who loved flowers

Dubček, the communist who loved flowers

“Hero or coward?” Fifty years after his seizure of power, discussions continue on the figure of the Slovak politician, father of the Prague Spring

No, it was not only due to him, the young secretary of the party in Slovakia Alexander Dubček, 47 years old in 1968, a native of Uhrovec, a village of 1500 people, as the Prague bureaucrats reminded us in an attempt to humiliate and diminish the figure in vain.

It was not only his merit that fresh breath of freedom, which arrived in the cinema with the films of directors Miloš Forman and Jiří Menzel, in the world of the culture of the famous “Literární noviny” and then the “Literární Listy”, in theatre and television, even in the words of people, in the minds of intellectuals, economists, and citizens. They were perhaps the Sixties of high hopes, it was all of Czechoslovakia that changed, and tried to shake off the grey and the worn-out Brezhnevian coat to roll out the white shirt of “socialism with a human face”, in order to return, perhaps, to the roots, to the heart of the nation.

Socialists, yes, but at the same time democratic, with Tomáš Garrigue Masaryk perhaps, as a model instead of the gloomy Klement Gottwald, the energy of the Nová vlna, rather than the boring Aleksej Grigor’evič Stachanov as benchmarks for life or thought. This probably was what the Czechs and the Slovaks wanted, on January 5, 1968, when they acclaimed him at his first public speeches as secretary of the KSČ, the Communist Party of Czechoslovakia.

Yet, it takes dynamite, to do a real revolution, said the old anarchists. And in fact, the dynamite, finally had also arrived in Prague, but well before the arrival in power of Dubček, and well after the Khrushchevian thaw. The explosive charges were those from 1962, which had blown up the threatening Stalin statue, sweeping it away from Letná’s park and thereby breaking down the fears of Stalinism.

That dynamite, perhaps would have even been avoided by the young Dubček. He was always reluctant to perform sensational gestures, while an all-Slovak oxymoron, of being “calmly stubborn”, distinguished the future gardener of the Spring, a mechanical expert and graduate in Law. 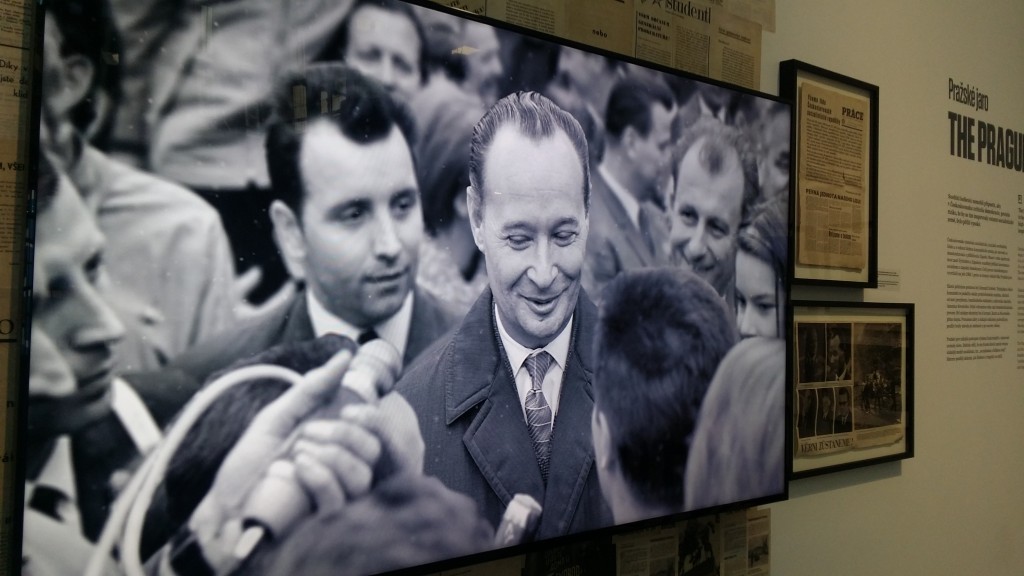 He was born in the same house as Ľudovít Štúr, the father of the grammar of his country, and Slovakia had remained in his heart. Even in the years of his Moscow education, including those always spent in the Soviet capital at the Higher School of the party, the highest school of the elite, where he met Michail Gorbachev. A good “picture”, in short, at least so it appeared then, a good communist like so many who grew up in the orderly sidelines of the Warsaw Pact. And yet … something was left unresolved.

You can be a silent protester. And it was from Bratislava, from the soul of the “Kultúrny život” magazine, from its group of intellectuals, from the Slovak Communist Party that the reform movement started, which in the early sixties, hoped to change the regime.

Is it possible to be absolutely unified without erasing Slovak autonomy? Alexander, knew how it was possible, even with a series of elegant political balancing acts which characterized him. Libertarian, but still communist. A reformer, but not demagogue.

Together with a determined group of leaders, Dubček at the Central Committee of the Communist Party of Czechoslovakia had dismantled, with well-concealed constancy, patience, even appearing as a compromised choice, the grey but still strong power of the “Gottwaldovi muži”, the men of Gottwald, as the executives closely linked to the tough and pure leanings of the fifties were labelled.

The same people, who perfectly aware, had delayed de-Stalinization in Prague, which had already started in the USSR. Now, however, everything looked different, and it was the best part of the party who made him a “hero”, without him actually wanting it. However, it was the whole country who discovered a long-awaited leader. One on the side of the people. With him, his own friends, the various Josef Smrkovský, Oldřich Černík, František Kriegel, Jiří Pelikán, Zdeněk Hejzlar and many others who had shared his rise to power alongside him, putting aside old bureaucrats or future traitors: Vasiľ Biľak or Alois Indra, just to name two.

And maybe it was during the Muscovite years when Dubček had begun to deal with History, the one with the capital H, thinking and thinking back to the “triumphs” of 1948, and to the communist coup.

Or maybe it was later, when, back home, he had been fascinated for a while by the theories of the brave (and utopian) Ota Šik, who really believed in a new economic model. Outside the blockades of programming and the “rejection of the bourgeois model”, as the Soviets repeated, Šik was hoping perhaps in the revival of a small private property and business, which had been decimated in the years following 1948.

Paradoxically, at least in the early period of that almost funambulatory 1968, it was the first Russian secretary of the CPSU, Leonid Ilyich Brezhnev, who tolerated the political changes of Dubček, interpreting them as attempts at a bizarre “Czech communism”, and not as a “bourgeois deviation” from the traces of Leninist orthodoxy.

It is a fact that the gardener Dubček still loved his small flowers, indifferent to the seasons: the abolition of censorship, different relationship between party and state, cultural politics, granting of permits and passports could not only flourish in Spring. To be more precise, they would always have a human face, not the heavy and sclerotic grimace of Novotný, his leaden predecessor.

It was the same human and disarming face of the Czechoslovak journalist who appeared in the film “Bobby”, dedicated to the assassination of Bob Kennedy, during his last election campaign: “I am Lenka Janáčková, a democratic journalist, I come from a people’s republic”, she repeats, but the electoral office henchmen do not listen to her. Small flashes to show how the brief Dubčekian period was perceived in the West and in the East.

In his sixteen months of power, it was not only the bureaucrats of the Castle, or the Kremlin ideologues, who feared him.

From the documents that have come to light, the constant opposition of the so-called “brother parties” has emerged: the open hostility of Walter Ulbricht, “leader” of the DDR, the real enemy; the deafness of Wladislaw Gomulka, the Polish “helmsman”; the indifference of the Hungarian János Kádár; the contempt of the Bulgarian Todor Živkov: what other crazy things did the unpredictable new secretary plan in Prague?

Today, to think about whether Dubček really dreamed of leaving the communist system and the Warsaw Pact is an option to rule out. A more serious though, perhaps, would be to review his position during the August 1968 invasion. The one who betrayed the experience of the Prague “Spring”, could certainly not be the very person who had given it birth.

It was the pro-Russian collaborators, the Svobodas, the Indra men, who while the tanks of Moscow and of the “brother” countries penetrated the Czech territory, had already prepared the list of ministers of the new pro-Soviet government. But there would not be, and could not be, anything of the kind. It would not have been credible in Prague at the time, to have a Czech government without Alexander Dubček. Even the Russians understood it, and for this they made him return unharmed from his “interrogation-trip” to Moscow on the 22nd of August. It was only necessary to “cool down” the situation, without bloodshed. And also to find the necessary Husák, willing to do the dirty work of the “normalization” and the narcotization of the new-old Czechoslovakia.

The adventure was over, and had lasted not even a year, with the “Spring” returning to bloom only twenty years later. For now, and Alexander knew it, the path of silence had begun, as did his lonely decline: first as ambassador to Turkey and then monitored by the secret services, in his beloved Bratislava, gradually marginalized. It is indeed a cruel joke of history, that he wanted to be a gardener of socialism with a human face, but ended up being forced to be a woodsman. 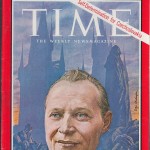 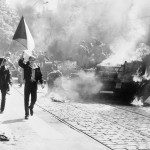 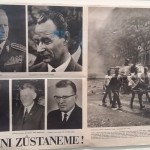 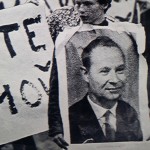