Home  »  Politics   »   Direct election of the Czech President: mirror of democracy or demagogy?

Direct election of the Czech President: mirror of democracy or demagogy?

A look at the Czech constitutional reform five years later

“Trump’s decision (to move the US embassy from Tel Aviv to Jerusalem) makes me happy because when I visited Israel four years ago, I said I would like to take the same step with our diplomatic mission”, Miloš Zeman, President of the Czech Republic.

“The Czech Republic together with the other member states of the European Union, following the conclusions of the EU Foreign Affairs Council, considers Jerusalem as the future capital of both states, Israel and Palestine”, note from the Czech Ministry of Foreign Affairs.

President Zeman, on a visit to the European Council, issued statements on the sanctions against Russia calling them “an expression of a strategy that leads to the defeat of both sides”,; the annexation of Crimea to Russia is now “an accomplished fact, regarding which it would be better if the Ukrainians would seek a financial compensation agreement with Moscow”. The government also in this case, immediately took a distance, in particular from the words stating that the Russian annexation of Crimea was a fait accompli. 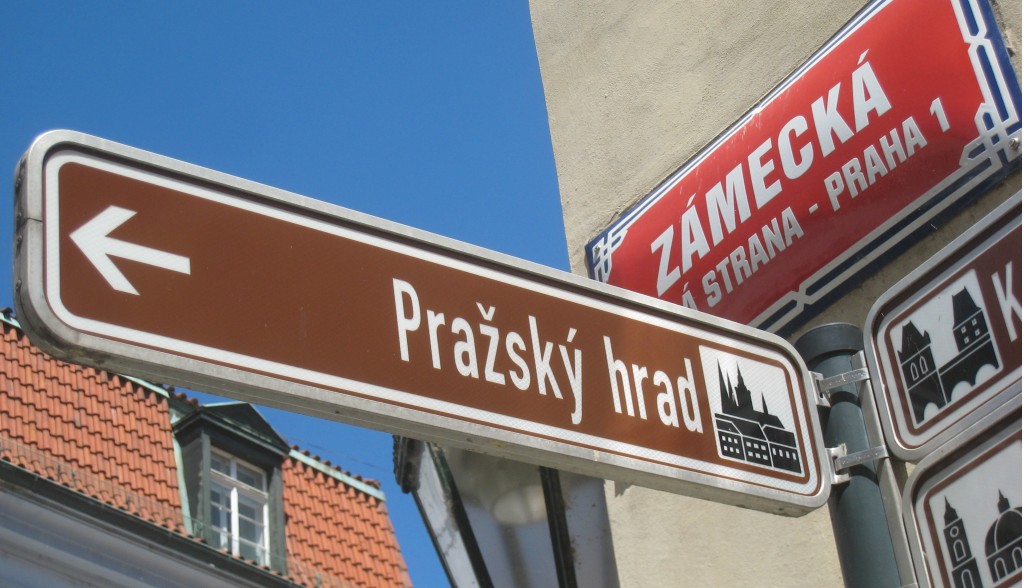 These are just the two latest examples, among the most striking, of the divergent views between President Zeman and the government. During the five years of the Zeman presidency, the Czech political scene has often seen these two protagonists expressing diametrically opposed stances, even if there certainly has been no lack of moments of synergy and solidarity. On the eve of the presidential inauguration ceremony, which will be held on March 8, it is timely to reflect upon the role played by these two actors, above all on their mutual relationship.

Their institutional role has been established by the constitution, which having come into force in 1993, established their respective roles in chapter III of the “Executive Power”. The President was granted so-called powers without a counter-signature, which give him an important degree of decision-making autonomy. In fact, Article 62 establishes that, without the signature of a minister, he has the right: to veto the legislative (to overrule it the absolute majority of deputies is necessary), to intervene in parliament, to chair the council of ministers and request reports on their actions; to appeal to the Constitutional Court and a series of appointing powers, such as the members of the Council of the Czech National Bank and the Constitutional Court.

In addition to this, the vagueness of some constitutional provisions, combined with the political use of veto power and appeals to the Constitutional Court, which has often been called upon to decide to limit or increase presidential powers, make the role of the President more active than is normally the case in parliamentary governments. For this reason, for the sake of doctrines, we tend to identify the Czech case as weak semi-presidentialism or as a bicephalous executive.

Within the structure typical of parliamentary governments, regardless of how rationalized they are, the figure of the Head of State normally performs tasks of guarantee and representation. However, so far only the powers of constitutional derivation have been described up to now, it is necessary to add an additional factor which increases the political weight of the President. In the first few months of 2012 the direct election of the President of the Republic was introduced and what was previously only a constitutional vagueness has now been legitimized by the principle of popular sovereignty: by actively choosing the person to hold the position, he is given an authoritativeness, in fact, greater than that of the government. Constitutional reform was born, as the Czech public law expert Angela De Gregorio points out, for reasons that are not entirely clear. What they certainly wanted to avoid is that the presidential office was the object of a political sale within the parliament, so that now its figure can be detached from any institution and fulfill the tasks of guarantee that fall under their responsibility better. Another incisive aspect is indeed the fact that the first two Presidents of the Czech Republic, Václav Havel and Václav Klaus, being very strong and authoritative personalities, during their mandates repeatedly addressed national politics with their choices (just think of the stall that was created when President Klaus refused to sign the Lisbon Treaty) and the introduction of the direct election makes these presidential interferences more legitimate.

Obviously, it is necessary to note how this system is very young: Miloš Zeman was the first president elected by the citizens, and given his strong personality, it is unsurprising that conflicts were created within the institutions.

Another factor not to be overlooked concerns the role of democracy in Western countries. It is increasingly being said that elections of universal suffrage are the most democratic methodology within the framework of representative democracy. The common thought would be that only direct elections of institutional offices can safeguard the popular sovereign, which otherwise would be almost non-existent. There are those who go even further: only democracy without mediation, direct democracy, is the only possible expression of the will of the people and some political parties, even Czechs, set it as the goal of their programs.

Is it also possible that the constitutional amendment of the Republic has this idea as its engine? In tracing this path, we must first analyze how direct elections are applied and in which contexts they act.

After the dismemberment of the Soviet Bloc, the former Warsaw pact countries came up with new constitutions and the choice most frequently adopted as a form of government was that of a presidential or semi-presidential government, with the election of the head of state through universal suffrage. In this regard, the Czech Republic, faithful to its early 20th century democratic tradition and especially to the constitution issued in 1920, which at the time had been praised for its balance, chose to opt for a parliamentary system in which the head of state is elected from the parliament. The parliamentary tradition has never been questioned: the subsequent constitutional reform of 2012 did not introduce a presidential or semi-presidential system of government, despite the frequent instability that characterized governments, not least the Sobotka government, and the political impasse that is characterizing the formation of the Babiš government.

The Czech Republic is certainly not the only country to have adopted such a system. Austria, for example, has a similar structure to the Czech one, and although the Austrian Federal President has several political powers on paper, he has traditionally always kept a low profile, despite the popular investiture. Similarly, Slovakia, due to the inability to elect a President lasting more than a year, decided to introduce the direct election of the head of state.

The stability of a government can be helped by the institutional structure and the direct election of the Czech President can be interpreted in this light. However, we are at a historic moment in which the great fragmentation of the electorate is reflected in a significant proliferation of political parties, there are nine of these in the Czech parliament, which results in a practical inability to form stable governments. In this context, the difference can be made by the political culture of a country, the only one able to mitigate the protagonism of some characters, so that electoral campaigns end with the elections, separating what is an expression of democracy from what is only demagogic utilitarianism.