The famous Italian singer and composer Eros Ramazzotti returns for the fourth time to the O2 Arena in Prague, twenty years after his first performance, followed by two other occasions in 2013 and 2015. Scheduled for October 22, the concert is one of the stages of the international tour Vita ce n’è – World Tour, started in February in Munich. The tour, which already gathered record numbers in various cities amid applauses, standing ovations and emotions is the occasion to present the singer’s latest and homonymous album, Vita ce n’è. In addition to new songs, the Roman singer will once again bring forward the hits that won him millions of spectators in his 35-year career, like Adesso tu or Più bella cosa. The event is organized by the companies Bestsport a.s. and Vertigo, of the international CTS Eventim. 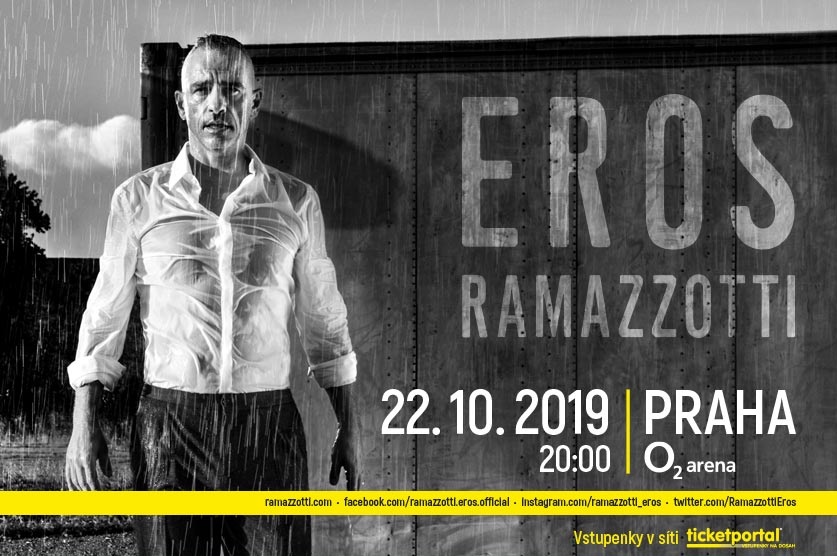