Summer ‘90: the Stones are rolling in

posted by Redazione February 4, 2021 Art and culture, Prague and surroundings

A torrential rain whips a dense, immense crowd. There are more than one hundred thousand, crowded into what is the largest stadium in the world, the Velký strahovský stadion in Prague. Arriving like a river in flood not only from the capital and from all of Czechoslovakia, but from all of Europe, like disciples for a solemn mass or militants for a popular democratic rally, but tonight another faith moves them. Inside everyone there knows that this summer night, on August 18, 1990, a page of musical and national history is being written. The date is no accident: it almost coincides with the twenty-second anniversary of the Soviet invasion of 1968. And everybody is in disbelief, stuck in that electric moment that always precedes the unimaginable. When suddenly the dense darkness is pierced by a cone of light. Silence breaks down into a roar. And like a mirage personified, Keith Richards, in blue jeans and a pink jacket, begins to caress his guitar strings. The first notes of Start Me Up set the stadium on fire, tearing the years of silence and oppression to shreds with the wild power of the London sound. Then he appears, the baronet, the fury, the icon, in a red sprint coat, it is Mick Jagger, who bolts from one side of the stage to the other, shakes and introduces himself shouting: “Dobrý večer, Praha!”. 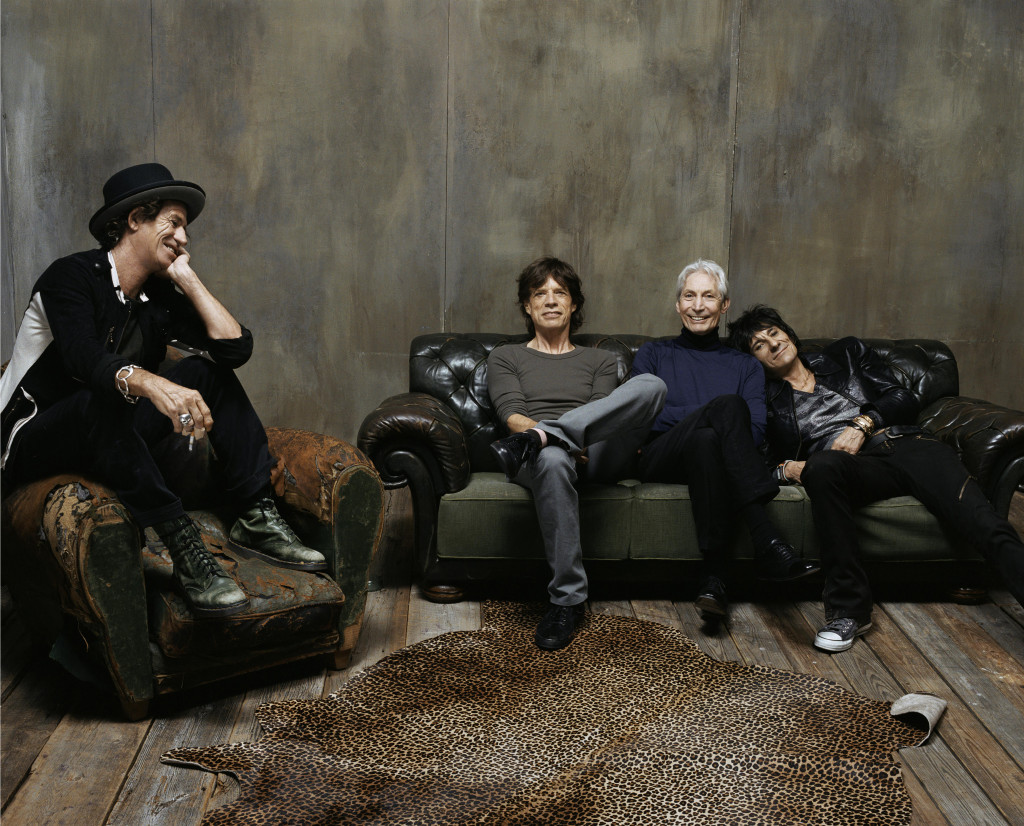 It is half past nine in the evening and Prague is about to experience one of its first, genuine rock orgasms. Welcome to the Urban Jungle tour: nothing will ever be the same again. For days a slogan had been circulating in the city: “Tanks are rolling out, the Stones are rolling in”. A slogan possessing the strength of a furious chorus, of a successful liberation. With the sound of the Soviet tank tracks gone, now it is the electric guitars that do the vibrating: music, hedonism and transgression. And the irreverent tongue of the Stones, symbol of a cheeky lifestyle, dominated the Old Town for days. Right there, in the nearby Letná park, where for years a menacing statue of Stalin had symbolized the repressive authority of the dictatorship. But to imagine what that first, historic Prague concert might have been, we need to take a leap back into the past. After the Soviet invasion, which tore the 1968 “Spring” apart, for over twenty years Western music had become a dangerous means of subversion of the established order, a dangerous and forbidden commodity. Only a few bad quality recordings, often from Hungary, were circulating under the counter. Cassettes with excerpts from English radio broadcasts, which were passed from hand to hand, a rare and precious commodity, which for the top leaders of the Communist Party were nothing but dangerous Western propaganda. Little more than a few traces of the Stones could be filtered in. For this reason, the end of Communism, which brought Václav Havel to the presidency, the same man who symbolized resistance to the regime, was as much a political as it was an aesthetic and social turning point. Practices, ways, customs…and sounds changed. And the new president was indeed the architect of the Stones operation. It was he, who as a great lover of Western music, wanted to offer Prague a historic concert. Unsurprisingly, Havel had thought of offering Frank Zappa an official position as a consultant to the Ministry of Culture and in April 1990, he was interviewed by Lou Reed for the American edition of Rolling Stone magazine. It was also he who, during a trip to New York, had visited the legendary CBGB club, a temple of punk music on the Lower East Side of Manhattan.

The organization of the Prague event cost one and a half million dollars, a figure that was paid by two big sponsors and a number of smaller companies. In those days there was even a rumor that Havel, in order to have them in Prague, would be willing to pay $ 50,000 out of his own pocket to finance the operation, but in the end, it was not necessary. The Rolling Stones played for free, “to make a contribution to the newly achieved Czechoslovak democracy” as the newspapers of the time wrote. Part of the proceeds went to the Výbor dobré vůle (the Goodwill Committee) the foundation set up a few months earlier by Olga Havlová, the president’s wife.

The stadium, which until just before the event, had been used for the great gymnastic propaganda shows of the communist regime, could have held 200,000 people, but the capacity was reduced by half for safety reasons. Ticket price: 250 crowns. It was about a quarter of the prices applied in Western countries on the other dates of the Tour, but nevertheless a considerable figure for the Czechoslovakia of the time, where the average salaries were just over three thousand crowns.

The first contact with the Stones took place in April 1990 but the contract was signed only on August 1st. However, the timing was very tight, with just over two weeks to prepare for the biggest rock concert the country had ever seen. But when history is written, anything is possible. And so it was, that on the determined day, everything was ready for the event of the decade.

Of course, in Prague in the Eighties Tina Turner, Elton John and Depeche Mode had already walked the stage, and immediately after the Velvet Revolution Frank Zappa and Lou Reed had performed, but the Stones were something else, they were Rock. However, for the London band the mega-concert in Prague was not a first beyond the Curtain. Jagger and his companions had already played on the stage of the Warsaw Palace of Culture in April 1967, a concert which in perfect harmony with their style, caused unrest and controversy. On the one hand, the show was heavily impeded by the British authorities who feared it was a Soviet attempt to legitimize communism among the Western youth and on the other they are still remembered today for the violent clashes outside the building, with the Polish police making abundant use of batons and tear gas to keep the many ticketless fans at bay.

However, let’s get back to us. In Prague. Here there are no truncheons seen, nor is there any violence. Indifferent to superstition, the Stones arrive in the capital the day before the concert, on Friday 17, from Germany on Havel’s personal plane. The band is staying at the Hotel Palace and is treated with every favor: their requests for hotel rooms are all fulfilled, even the black curtains they requested on the windows. Several hours before the concert, the five members of the Stones meet the president at his official residence at Hradčany Castle. Right where until a few months earlier Gustav Husák, the last Communist head of state, had ruled, surrounded by barbed wire and soldiers armed with machine guns, the playwright president then appeared on the balcony with the members of the most rebellious band in the world after receiving as a gift aviator jackets displaying the tongue of the group. Then the rain began to hit the city. The stadium filled up, but the Stones were nowhere to be found. A first group opened the evening, then a second. What if it was all a big mise-en-scene? No, on that August night the unimaginable became reality. And a half-million-watt sound wave swept away any doubts; the music could be heard all over Prague. And that night the London band shone like few other times, giving life to a wild show, two hours and twenty minutes with amazing stage effects and twenty-three songs in the set list: Sympathy for the Devil, Street Fighting Man, Gimme Shelter, It’s Only Rock ‘n Roll (But I Like It), Brown Sugar, Jumpin’ Jack Flash and the grand finale with Satisfaction.

An apotheosis for them and a consecration for the Czechoslovak president. At the end of the concert, as thousands of spectators left the Stadion, the Rolling Stones departed for London shortly after midnight, where a concert at Wembley awaited them the following week.

But while still on the road an unexpected and now legendary telegram reached them. “Your music is a hymn that rhymes with everything for which I fight in my life and my work”. Signed: the rocker president. 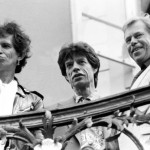 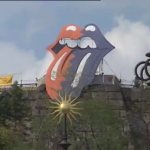 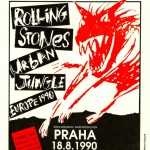 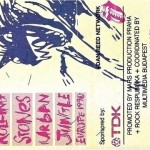