Home  »  Economy and Market   »   The end of the blue army on the Czech railways?

The end of the blue army on the Czech railways?

New decisive steps in the process of rail market liberalisation. End of České dráhy’s monopoly in regional and interregional transport
The average age of České dráhy’s rolling stock continues to be very high and the investments should be massive to keep up with the other companies

Starting mid-December, the Most railway station will have an unexpected record. The passenger trains of as many as five companies will depart from this anonymous railway station in north-western Bohemia. Excepting the most passionate enthusiasts, there will be very few to notice the differences: the trains will be all unicolor green, as requested by the Region, and the tickets will be issued according to the rates established by the integrated transport system. Instead of five cashier desks there will be only two: one regional and the other reserved for the state company České dráhy, the Czech Railways.

The new masters of steam

On Saturday, December 14, with a new national timetable, the entire Czech railways transportation system will take a new decisive step in the market liberalization process.

The beginning of the České dráhy monopoly closure goes back to 2011, with the decision of Radim Jančura, a private entrepreneur, to challenge the state company on the Prague-Ostrava route. However, for several years now, apart small exceptions, the regional and interregional public transportation service has always remained in the exclusive competence of České dráhy. 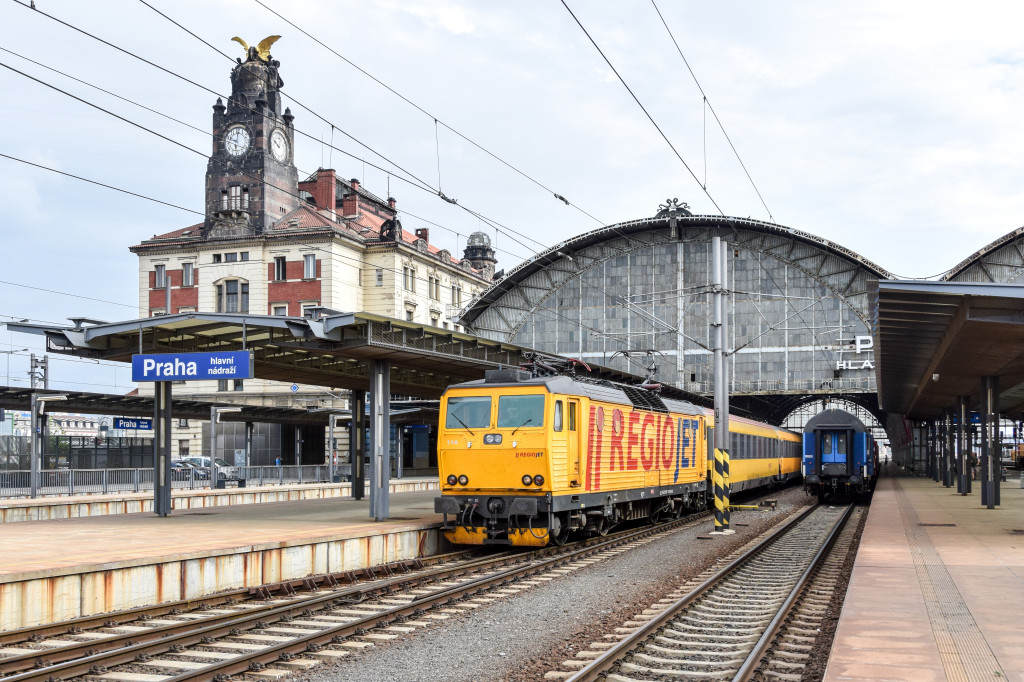 During the last couple of years, things began to change and make space for a different approach. As much as five regions in Bohemia and Moravia have decided to open for tender parts of their local railways service. The Ministry of Transportation did the same with the inter-regional routes.

As indicated by the record of the Most station, the one of Ústí nad Labem was one of the most active regions in the process of opening to competition. The result is that, on its territory, almost 30% of the regional traffic volume will be transferred to new companies.

RegioJet will win an advantage, as its trains will guarantee connections between the capital Ústí nad Labem and other important centers in the region, including Most and Děčín. Other alternative companies will be active in this region, among which Die Landerbahn, 51% owned by the Ferrovie dello Stato Italiane group.

“The communist governor of the region is behaving like an intelligent entrepreneur. Opening the market will allow an improvement in the rail services”, said Jančura, underlining the paradox that precisely the only red region in Bohemia is the one pushing for liberalization.

The companies competed on comfortable wagons, free Wi-Fi connections and low-floor wagons. On a closer look, most of the wagons are used and modernized trains imported from Germany and Austria, but there are also some important exceptions. On the top of discussions was the news on the Sirius trains, commissioned by the Czech private company Leo Express to China Railway Rolling Corporation (Crrc), a Chinese state giant that manages this way to secure itself an outpost on the European market.

Including new companies in the management of the railway passenger public transportation required a modification of the organizational model of the regional routes. During the monopoly phase, the local authorities were covering, partially or completely, the losses accumulated in the local service by České dráhy and its trains used either the state company’s tickets or those of the regional service.

Now instead, the Region will pay the operating cost established in the tender and will receive in return the revenue from the sale of the tickets. Therefore, only regional tickets will be valid on the regional service trains. For this reason, the fragmentation of the country and of the railways network in multiple regional systems is the mostly criticized aspect by those more skeptical about opening the market. A new national tariff should be adjusted, but it’s still far from being adopted. According to some hypothesis, this will be a topic for 2020-2021.

The new system profoundly changes the relationship between customer and supplier. In practice, companies will no longer worry about ticket sales and marketing, but they will have high cost risks. If these costs will increase at a faster rate than the increase in value established in the service contracts, the companies will need to manage the loss-registering route.

This is what is already happening in the field of the extra-urban public transportation guaranteed by buses. The high increase of costs and the persistent problem of finding employees, mainly drivers, have dragged into serious trouble even very solid companies.

Transport remains a low-profit activity and, therefore, companies that are not large or solid enough can be brought down by the cost evolution that cannot be compensated by revenue.
These types of dangers were not present in the monopoly regime and certainly will require a more careful management by the contracting entities.

A separate chapter is the situation within České dráhy, which will find itself losing about 5% of its traffic volume starting December. Nothing disastrous, given that the market share remains at over 90%, but it’s however a matter of concern for the management of the national company.

The frequent changes in management in České dráhy from the last couple of years make the situation even less clear to the point of alarming the rating companies. Last September, a new general manager was appointed, Václav Nebeský, highly desired in this position by the new Minister of Transportation, Vladimír Kremlík and the Prime Minister Andrej Babiš, both members of the 2011 Ano movement.

Among the main objectives, Nebeský immediately underlined large investments and the expansion on foreign markets. However, the main question remains the financial one: since 2016, the balance sheets of České dráhy have been slightly active and the company managed to place successfully its bonds on the market. However, the average age of its rolling stock continues to be very high (between twenty and thirty years) and the investments should be massive to keep up with the other companies. In addition to the increase of indebtedness, the possibilities are limited: the sales of the cargo sector or the computer company ČD Telematika, the jewels of the group. Paradoxically, the sale of a few less exclusive routes to the competitors could turn out beneficial for the company, nicknamed “the blue army”, for the color of its employees’ uniforms, the size of the staff and the rigidity of the internal structures. 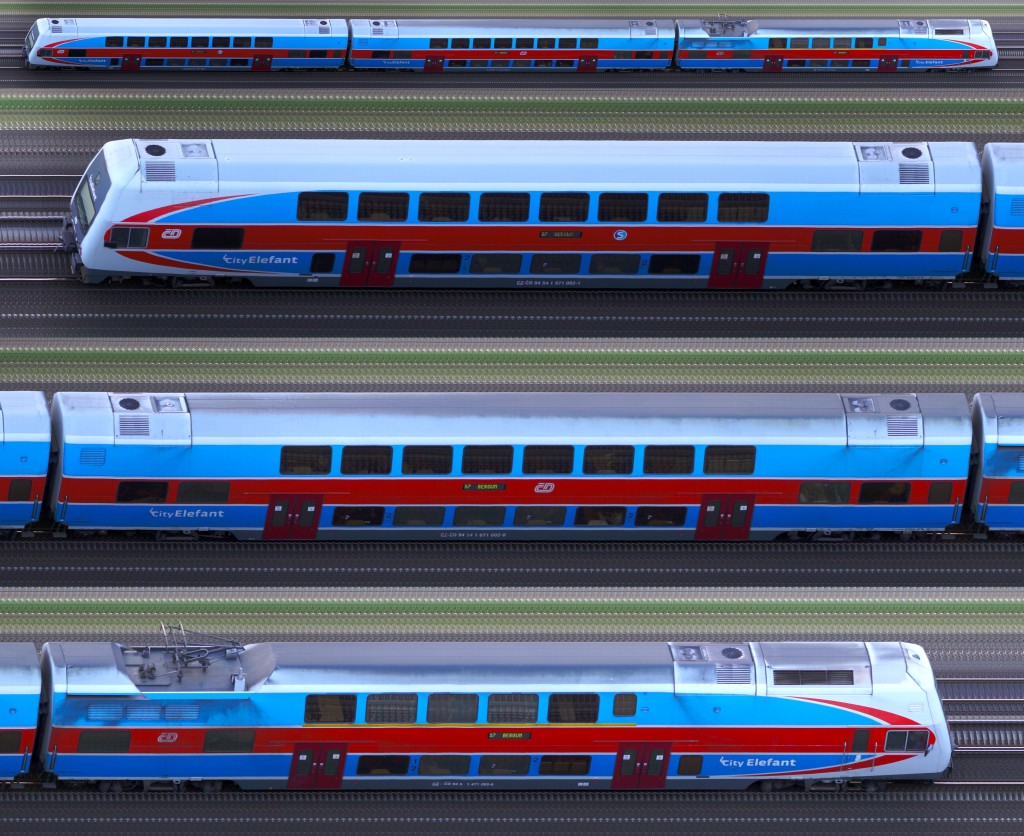 Not more than 160 kilometers per hour

While the railway market is in a continuous evolution, we cannot say the same about the infrastructure. During the years of the European subsidies, Sždc, a state company that manages railways infrastructure, preferred to focus its resources on modernizing the existing routes and stations.

This way Sždc reduced the project preparation times, as the rehabilitation of the existing tracks doesn’t have to follow the long and winding bureaucratic process to which the brand-new infrastructures are subjected. There are exceptions such as some individual works, as the Ejpovice Tunnel, which has speeded up connections between Prague and Plzeň. Even due to this approach, the Czech railway stood firm at the maximum speed of 160 kilometers per hour, which dates back to the 1990s.

Talking about high speed, the only noteworthy news is the collaboration between Sždc and the French Sncf, concluded in April, this year. In fact, the Czech railways managers should make use of the French know-how to set the guidelines for high-speed development. However, the first operational lines are still far away. The first one to become operational should be Prague-Dresden, with works being scheduled to begin in 2035. The route Prague-Brno will follow. But everything will depend on the financial availability of the State and the priorities of the governments that will command twenty years from now. Making predictions about the future of high-speed infrastructure in Bohemia and Moravia is like looking through a crystal ball.