Home  »  Art and culture   »   Forman, goodbye to the eternal rebel

Forman, goodbye to the eternal rebel

The anti-authoritarian director has passed away at the age of 86, a filmmaker capable of successfully exporting the Czech Nová Vlna themes to Hollywood

Miloš Forman left us on a particularly unfortunate Friday the 13th, in April. A two-time winner of the Best Director Academy Award, for One Flew Over the Cuckoo’s Nest in 1976, and Amadeus in 1985, both films also won Golden Globes, before he would grab a third in 1996 for The People vs. Larry Flynt. Nevertheless, besides the floods of accolades throughout his illustrious career, he will also be remembered for themes such as the celebration of individuality and freedom of expression, for his extravagant heroes, often clashing with the powers that be. But what distinguished Forman, what was the secret of his success? And mainly, what remained of his “Czechness” in his American films? To answer, it is necessary to explore his career and evolution as a director, a story marked by two distinct phases. 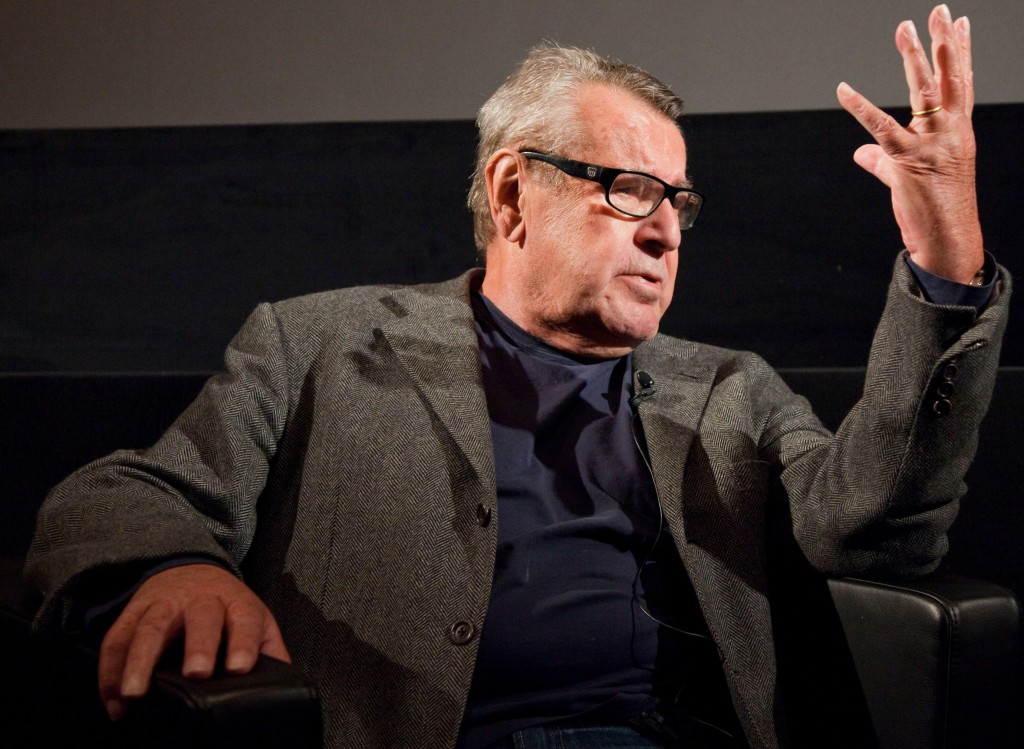 Regarding his very first Czechoslovakian films, among which we must mention Black Peter (1963), The Loves of a Blonde (1965) and The Firemen’s Ball (1967), the universal appeal lies in the simple observation of the everyday life of ordinary people, all told with a touch of subtle humor and social satire. Peter Hames, the British researcher and author of “The Czechoslovak New Wave”, in an interview with Czech Radio, said that although the phenomenon of the “Czech Nouvelle vague” had produced countless directors such as Jiří Menzel, Juraj Herz, Věra Chytilová and many others, he only understood what made Forman unique when he visited Czechoslovakia in the early 1970s. “Everywhere I looked, there were scenes and characters from Forman films”, something that he did not believe was the case with other filmmakers of the movement, adding that the director from Čáslav (born in 1932), was much more responsive to the surrounding environment than his peers. These early works, particularly Black Peter (also released as Peter and Paula), highlighted the originality of the director, and while endowed with a typically Czech humour, it was easy to distinguish his unmistakable individual traits. Hames did not hesitate to refer to the strong influence of Italian neorealism, comparing Black Peter to the late Ermanno Olmi’s masterpiece Il Posto (1961), in which a young man seeks work in the city, just like in the film of the Bohemian.

It was another famous Italian, however, who pushed the director towards the United States. The moment arrived when the filmmaker found himself at loggerheads with Carlo Ponti, the producer of “The Fireman’s Ball”. Ponti did not like the result, claiming also that the director failed to fulfil contractual obligations, and consequently decided to withdraw his funds. It was precisely while the Soviet tanks entered Prague in August 1968, when he met French producers in Paris to solve the movie’s financial problems. Instead of returning back home, Forman decided to send French friends to collect his wife and children and then escape to the United States. But there were many who wondered: would it be possible to replicate the success he had in Czechoslovakia in such a different context? His work until then had been a shrewd observation of the socialist environment, the result of profound knowledge of a place and a people, qualities difficult to transport to another reality. To understand how difficult it is, you only need to take a look at the first “American” films of his compatriot Ivan Passer such as Born to Win (1971) and Law and Disorder (1974), which work to a certain extent, but seem less authentic when they try to be “Czech” films, that is when they focused on ordinary people like shopkeepers or taxi drivers, precisely because they were environments in which Passer did not have first-hand knowledge. A similar accusation was also directed towards Michelangelo Antonioni with his American debut Zabriskie Point, which according to American critics was characterized by many superficial stereotypes. 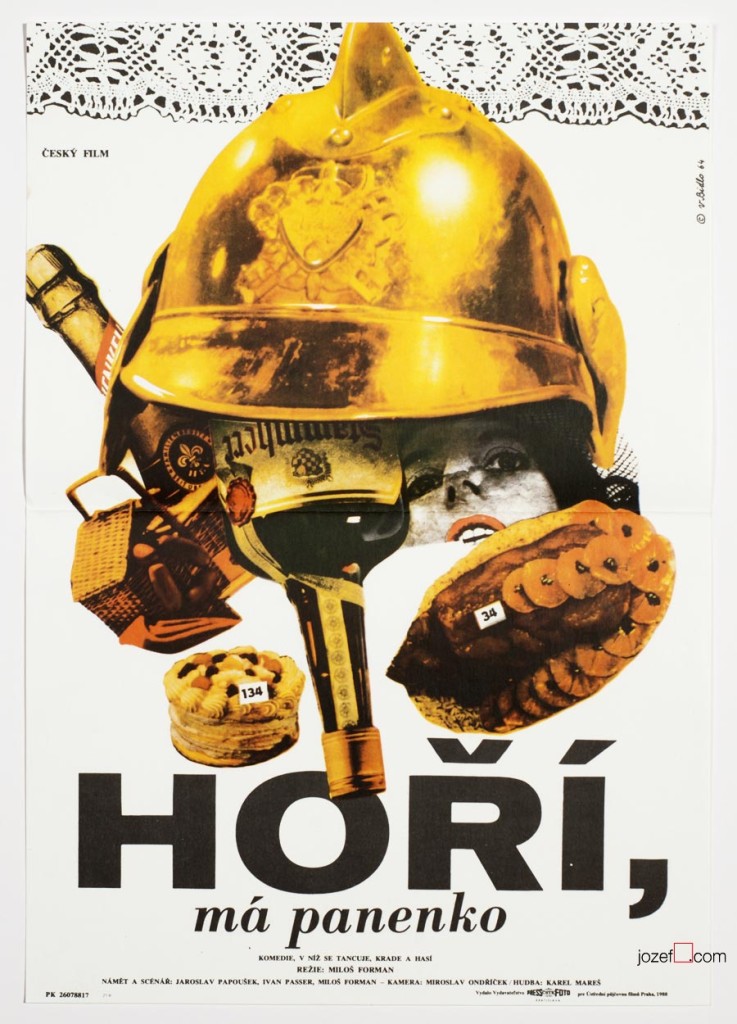 The debut of the Bohemian director proved to be much more of a success, despite the commercial failure. The winner of the Grand Jury Prize at the Cannes Film Festival, Taking Off follows two bourgeois parents who join the Society of Parents of Fugitive Children (S.P.F.C.), to better understand their escaped daughter and young people, they take to smoking marijuana and playing strip poker. It is a smooth transition from European cinema, with the initial scenes of auditions for young musicians reminiscent of similar scenes in The Fireman’s Ball, and his Czechoslovak documentary Konkurs. Yet, while Forman does not abandon his renowned ability to improvise, and to direct non-professional actors, as in his early films, it is still evidently an attempt to make a film about America, an analysis of the country, much like what he did at home – observations of Czechoslovakia.

On closer inspection however, we note that compared to subsequent works, Taking Off remains the most Czech, and although the result is impressive, the narrative is not one of its strong points. With One Flew Over the Cuckoo’s Nest (1975) the effort to Americanize his style becomes noticeable, but without sacrificing ever-present themes in his narrative universe, such as the triumph of the human spirit when facing the oppression of power. In this case it was Randle Patrick McMurphy, masterfully played by Jack Nicholson, an ex-con who gets himself interned in a psychiatric clinic to escape bigger trouble, and his rebellion against the system will also lead the other inmates to protest. The film’s clinic appears to represent the world as a whole, where the dividing line between normality and madness is not always so clear, and where rules are sometimes just a pretext for discrimination. In short, universal themes. There is therefore no denying that even in his adopted country, Forman did not cease to exercise his critical gaze, and continued to attack systems of power in the musical Hair (1979): in this case directed towards the capitalist system and the warmongering US government. In short, the calls for freedom that came from Prague blended harmoniously with the liberal wind that blew in America at the time.

The themes of the Prague Spring were also visible in his Oscar-winning masterpiece Amadeus (1984), and the relationship between art and authorities reflected what Forman had experienced in his own country in the 60s: in short, the way in which authorities in power pretend to sponsor and promote art, but for the sole purpose of suppressing and controlling artists, ultimately promoting conformism. Once again, his protagonist is an unruly genius, a free spirit: Wolfgang Amadeus Mozart. The antagonist, the composer Antonio Salieri, envies the legendary Austrian, and will use any means to get rid of his rival forever. It is often presumed that the director wanted to describe parallels with his career at home, where he found similar obstacles to his artistic output.

On the eve of the release of The People vs. Larry Flynt (1996), the biopic on the eccentric businessman and founder of pornographic magazine Hustler, producer Oliver Stone summed up the reason for choosing Forman behind the camera in a few words, stating that he was known “for making films about people whose behavior is not considered acceptable by normal standards”. From Randle Patrick McMurphy to Larry Flynt, from Mozart to Andy Kaufman, the nonconformist comedian played by Jim Carrey in Man on the Moon (1999), Forman’s heroes are typically undisciplined geniuses and rebels. Following his death, the British newspaper “The Guardian” described him as “the director who brought the spirit of anti-Soviet rebellion to Hollywood”. Besides Forman, only Roman Polanski managed to emigrate to the other side of the Iron Curtain and adapt to the Hollywood system so brilliantly. But unlike the Pole, Forman continued to make “dissident” films that only an emigrant of his background could possibly create.