If only for a single day…

The Tibet Open House in Prague hosts an exhibition dedicated to the first encounter between the 14th Dalai Lama of Tibet and Václav Havel, an initiative aiming to pay tribute to His Holiness’s 85th birthday. The exhibition, enriched by thematic lectures and film screenings, consists of large-scale photographs taken by Stanislav Doležal that capture the atmosphere of that meeting that took place thirty years ago. The title of the exhibition reflects a sentence uttered by Havel during his 1990 New Year’s speech: “I would be happy if Pope John Paul II and the Dalai Lama of Tibet visited our country, if only for a single day”. The following month, the Dalai Lama took his first trip to Czechoslovakia, addressing the themes of respect for freedom and the right of expression. 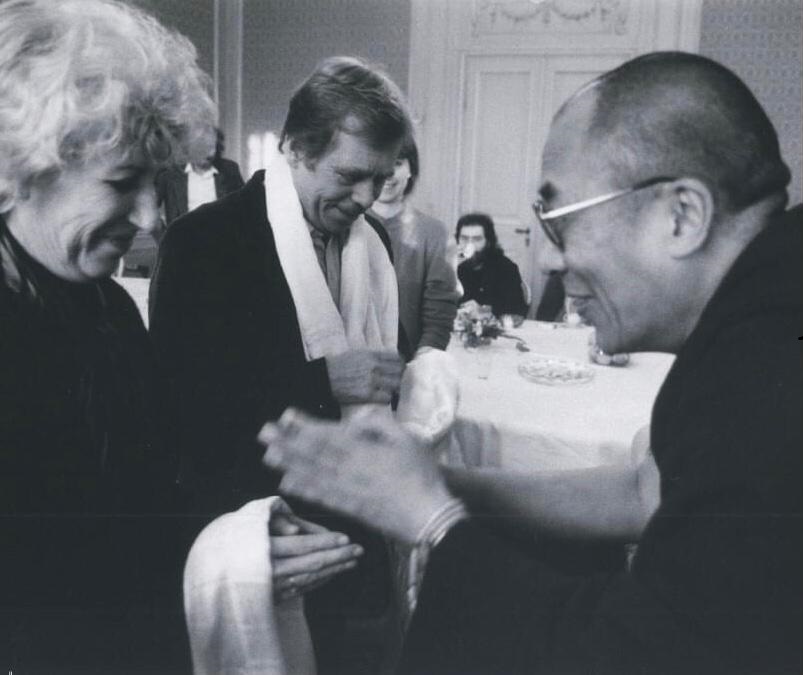