Gene Deitch, among the most important animators of all time, has died at the age of 95 in Prague, where he lived since 1959

They labeled him a madman; he preferred to describe himself as “the only free American to work in Prague for thirty years during the dictatorship of the Communist Party”. It was undoubtedly a curious and somewhat peculiar career, during an era when it was unthinkable that a key figure of the American entertainment industry could live on the other side of the iron curtain and, at the same time, continue working for the great Hollywood studios. Yet, someone did it. On April 16, 2020, the great animator and illustrator Gene Deitch, winner of the Oscar for the short film Munro (1960), and known for the series he created (such as Tom Terrific and Nudnik) and for those on which he collaborated, such as Popeye and Tom & Jerry. A successful artistic life, but one arousing much curiosity and we can’t help but wonder how an American illustrator ended up living in the then Czechoslovakia and staying there for 60 years? And how did he manage his uneasy double life, on both sides of the capitalist and communist barricades? 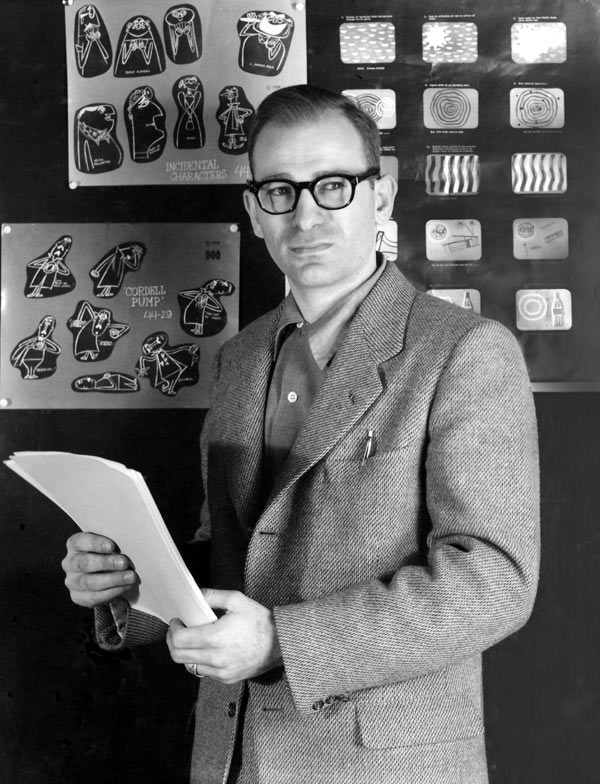 Eugene Merril Deitch, known as Gene, was born on August 8, 1924 in Chicago, the son of Joseph Deitch, a salesman in profession, and Ruth Delson. The family moved to California in 1929. The boy developed his passion from the very beginning, working in the field of artistic and technical illustration as early as 1942, immediately after graduating from Los Angeles High School. From 1945 to 1951, Gene contributed to the art of the covers and interior designs for the jazz magazine The Record Changer, and after a short break away from the pencil, as a sound engineer for the singer-songwriter Connie Converse, he entered the animation studio United Productions of America. Shortly thereafter he was already creative director of the animation studio Terrytoons. Active from 1928 to 1968, based in New York, Terrytoons invented some of the most popular characters of the time, such as Mighty Mouse, Heckle & Jeckle, Hector Heathcote; it was the first significant showcase for Gene Deitch’s talent. These were fundamental years for his artistic development, in which he wrote and drew a comic strip, The Real-Great Adventures of Terr’ble Thompson: Hero of History! (1955-1956); however, in 1958 the relationship with Terrytoons came to an end.

It was then when the crucial crossroads in the life of the animator arrived, where he chose a decidedly unexpected turn. Anxious to find the necessary funds to make Munro, his latest project, he was contacted by a producer, who however, made it clear that he was willing to provide the necessary funds only on the condition that the film was shot in his studios in Prague. Deitch, initially confused, thought he was referring to Prague, Oklahoma, and did not hesitate to express his doubts by saying that the town had no animation studio. Having subsequently received clarification on the place in question the director was almost left speechless: “but wait… that’s a communist country” was his first thought, as he himself later told Radio Prague in 2019. It should be specified that the producer in question was not just anyone, but William L. Snyder, one of the very first Americans to do business with Eastern countries after the war, as well as the founder of Rembrandt Films, an importer of European films in the United States. Despite Deitch’s reservations, Snyder’s perseverance got the better of him; the animator accepted the collaboration, provided that he could leave the Czechoslovakian capital after no more than ten days. To quote the artist, “then magical things happened” and he remained 60 years.

Struck from the beginning by Prague’s charm, his destiny was engraved in stone the moment he met the production manager and his future wife, Zdeňka Najmanová. The result of their first collaboration could not have been better: Munro won the Oscar for the best animated short film. The film is about a boy who is mistakenly enrolled in the American army, where nobody notices his age. The Oscar, the first one awarded to an animated short film made outside the United States, marked the beginning of Deitch’s golden age. From 1960 to 1963, he collaborated with Rembrandt Films to direct Popeye cartoons, intended for television, and from 1961 to 1962 he directed 13 new Tom & Jerry short films for MGM. At the time, few people overseas knew that the Tom & Jerry episodes broadcast on TV were made on the other side of the iron curtain; it was a matter of caution on Deitch’s part to avoid being accused of being too close to communism. In this regard, for example, the names of his collaborators were changed in the opening credits of his shorts: Štěpán Koníček became “Steven Konichek” and Václav Lídl “Victor Little”. The American also worked for the animation studios Bratři v triku and Weston Woods Studios for over 50 years, directing hundreds of short films. With the former he had the opportunity to learn about Czech animation legends such as Jiří Trnka, Břetislav Pojar and Jiří Brdečka. Among his most loved creations, a stand-out is the character of Nudnik, a clumsy man who only generates chaos, and the protagonist of 12 short films produced by Paramount between 1965 and 1967.

Adapting to life in the Golden City, however, was not easy. “It was like traveling in the Middle Ages, to the past. Everything seemed to be from the 1930s and a bit retro”, was his initial judgment, after arriving in a particularly grey and gloomy October. In addition to the first obvious obstacles related to the new language and culture, his curious presence attracted attention from both sides of the iron curtain. The decision to leave his first wife Marie Deitch (with whom he was married from 1943 to 1960), and sell everything he owned in the United States created considerable tension among his American friends, who began to consider him either a communist or simply mad. “I can’t say if it was fair or moral. But it was like that”, he later told the Czech newspaper Lidové Noviny. “For some I was a communist, for others a CIA agent”.

The animator said that although he was aware of being followed by the StB, and having his phone bugged, he never noticed the presence of the regime’s infamous secret police, nor was he ever questioned or arrested.

In the very same interview, he had nothing but words of praise for his Czech colleagues, whom he knew barely anything about before landing in Prague.

What struck the director was the fact that despite the primitive tools used, the Czechoslovak studios still managed to create a completely unique and original style of animation. “Having no contact with the West, the Czechs devised a completely different way of operating technically. It was amazing”, he said.

In Bohemia, among the many animation gurus who stood out in his eyes was Jiří Trnka, with whom Deitch founded the Bratři v triku studio. In 1966, they collaborated on a major film adaptation of J.R.R. Tolkien’s The Hobbit. The giant project, however, was reduced in scale, and quite abruptly; the producer William Snyder was unable to secure the funds and, in order for the rights of the novel not to expire, he asked Deitch to produce a short film in just 30 days. The artistic partnership between Deitch and Trnka also served the first clash between the two different visions of how to make animation, and the American took little time to understand that the comic-book style, and sometimes gratuitous, violence of American cartoons like Tom & Jerry was not as well-received in his adopted country. “For them, animation was really a cultural thing and they were trying to do artistic animation. I didn’t want to come here and ruin everything. I thought it was really wonderful what they were doing”, he said years later.

Gene Deitch passed away in Prague on April 16, 2020. His life, silent and curious at the same time, anti-conformist and yet never over the top, he told his story himself in the memoir, “For the love of Prague”, published in 2008; from communist Czechoslovakia to the Velvet Revolution and the new Czech Republic.

Probably the American who lived in the country at the time of the regime for the longest, will be remembered as a man who, even in an extremely tense and hostile political climate, managed to use his talent to transcend the boundaries that divided two such different worlds. 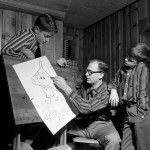 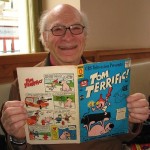 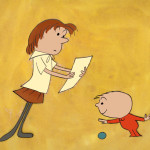 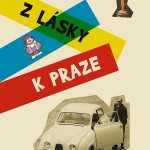 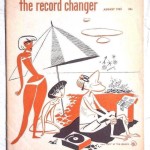