One may still dream at the Alchymist: the glamour of the “azure hall”, sipping glasses of Ruinart, Breton oysters and dinner for six. Yves Chlala, a cabalist of notes, plays the piano and sings as the guests whisper kind words so as not to interrupt the enchantment. When Beirut was still an exotic dream, declined in French, obliviously, the two jazz players, Yves and Oleg had just arrived in Prague.

Certain stories – which are nearly always the best, are born only by chance, scattered among the hidden niches of the planet. We could say, then, without provoking a smile, that our Alchymist is a bit “Raffles” and a bit “Chateau Marmont”, perhaps adding a bit of “Watergate” from Washington.

Fifty rooms, different one from the other, antique pieces that would have delighted the old Mario Praz and, as we are in Prague, the incredible collector Utz, invented by the pen of Bruce Chatwin.

The Alchymist celebrates its seventh year: it was an inevitable destiny, therefore, that Prague, with its golden roofs, should be involved in the history of this Italian hotel, set in the quiet surroundings of Malá Strana. From its beginning, a sort of nest, a myth as well as a home for few selected travellers. Besides adventure, it was inevitable that even music and the cabala should come into play: that which ran in the blood of Gianluigi Bonelli’s father. Writer and magician, creator of spaghetti western. Myth and immortal inventor of the best Tex Willer of our adolescence comics. A question of sensitivity, as always: an unlimited “Stagecoach” story on paper, revised (and improved), Italian style.

Gianluigi, the “father of Tex”, was pervaded with creative spirit and also in life, he was adventurous. The same spirit that also runs in the veins of his son George, an aesthete and estate agent who divides his time between Central Europe, the Caribbean and Ibiza.

In the end, it was destiny, (as the name suggests), that the Alchymist should be born within the cabala of a Prague evening: “I think I imagined the hotel, one evening while I was at the “Rapsody”, a place which does not exist any longer – explains George, the founder. – Yves was there as usual, there was music and the right atmosphere. For some time, I had been looking for a particular building in the city, the right building to realize my project. A kind of refuge for friends, furnished and conceived as I wanted it to be, with chosen items and furniture collected during my trips around the world. I had to wait a few years, but in the end, I made it”.

Just as many refined people, George has the phlegm of a long distance cyclist, he hates the rush and stress of these immature times: “Of course, before the hotel, there were the houses and buildings – he now explains. – I arrived in Prague just in 1989. It was a completely different world from the Milan of my youth. A bustling of sensations, very beautiful girls with smiling eyes to the new wave of the revolution; silences that to all appearances, seemed inexplicable. However, in this surreal environment you could also work as a real estate agent. I mean to say: to combine aesthetics and business; to restore mansions and buildings that had been buried by 43 years of neglect. The work of a professional eye, a question of sensitivity…”.

Another sip of Ruinart, in the background the notes of Yves playing the classics: “The Italians, of course, as protagonists of those “free range” years. The Italians that you could find in the early 1990s. The best and, at the same time, the fiercest expatriates that had arrived in that incredible Prague, which had just emerged from communism. Also here –Bonelli remarks – it was a question of destiny, perhaps of luck. In the “colony” of compatriots, you could come across either the aristocrat, the travelling cloth salesman, sometimes even the delinquent or even the most candid swindler. An unpredictable savoury mix that only we can produce…”. 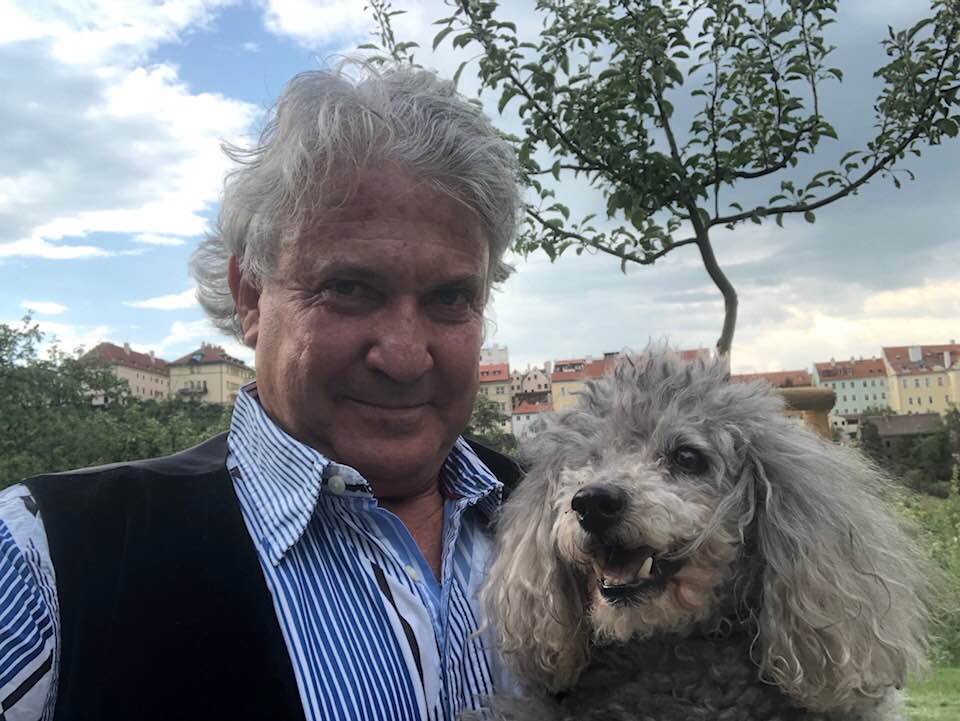 Sometimes, even in Prague, the stereotype clichés tend to hide inevitable truths; “I have often thought about it: speaking with friends, joking with the women that I met in my lifetime and, commenting ironically with many Czech women about our “Don Juanism”. And I concluded that, in the end, that what they insinuate is true: behind every Italian in Prague, there is a woman, or at least a myth. But not in the vulgar sense – says Bonelli – because the Italian comes (or used to come) to Prague to try and furtively have a sort of adventure. But just as quickly, he ends up hopelessly falling in love…”.

Well then, isn’t the city of the Alchymist the same as that of twenty years ago?

“La Bohème of the 1990s to 1995 is over forever – explains George. – Today, Prague runs the risk of being like a sort of Disneyland for Japanese tourists, if you are not able to go off the beaten track and avoid the crowded Wenceslaus square. Because there is also the Prague of the opera, of music and literature that not everyone is able to (or can) discover. Perhaps, and here I speak more as a technician rather than a hotelier: the great tourist opportunities of a few years ago, are likely to wane. Gone are the presences of millions of visitors. There aren’t enough “events”, appeals or attractions to entice tourists to return to Prague, after having been there once. Certainly there are the Marathon and a few important exhibitions, but they are just crumbs in the attempt every year to attract a market which could be immeasurable”.

And now that the dinner is coming to an end, with a taste of cheese cake and marzipan cake, a few Russian voices resound in the azure hall: “The new tourists of today – says Bonelli – perhaps the best, for all Europe. They are most numerous, together with the English and Americans. They come to Prague for weddings, for large parties and to enjoy themselves. But the Russians who arrive at the Alchymist – well educated and refined travellers – remind me of the English of thirty years ago”, smiles Bonelli, the dreamer. It is not important whether this be true or not: while listening to the notes of “Moonlight”, everything is possible at the Alchymist…