Home  »  Prague and surroundings   »   The 80 years of the golden nightingale

The 80 years of the golden nightingale

To define him a national icon would be an understatement. Karel Gott, the most loved pop singer in the country, today as in the days of the regime

The golden nightingale, the golden voice of Prague, the master, Divine Karel and even the Sinatra of the East. These are just some of the nicknames given over the years to Karel Gott, a true symbol of the Czechoslovak (and later Czech) pop song. One of the few, if not the only, singer in the territory to have also had some success abroad. It is no coincidence that Mariusz Szczygieł, a sort of Terzani of the Vistula, decided to name his book of reports and stories about communist Czechoslovakia Gottland. The journalist, through that title, had wanted to exalt the essence of the atheist country that had replaced Bůh (God) with Gott (Karel). The release of the book in the Czech Republic in 2007 had also caused copyright problems: Gottland was in fact a registered trademark and referred to the Gott museum in Kolín.

Yet, according to the singer, his career began almost by accident. Born on 14 July 1939 in Plzeň, in what was then the Protectorate of Bohemia and Moravia, he said that his dreams as a child and as an adolescent were two different ones: driving steam locomotives and painting (at least the latter, over time he would fulfil).

To this day, 80 years later, Karel Gott is mentioned especially when the Zlatí slavíci, the golden nightingales, the top prize in Czech pop music, are awarded. And it is no coincidence that zlatý slavík is one of Gott’s nicknames, as he is still the singer who wins the most. 60 years ago, if someone had told Karel Gott that he would become the most popular singer in the history of Czech pop music, he would have laughed. Nevertheless, at the time he participated in a competition for talented singers but was not chosen. From there the father decided to enroll him in a professional institution. Gott ended up in the factory and in his spare time he began his vocal career as an amateur, going to sing in cafes in the late 1950s. Since the public response was good, he began to perform more and more often and soon began to study opera singing, abandoning the factory work he had had until then. Here one of his masters (Konstantin Karenin) gave him one of the basic pieces of advice, which he claims, is behind his success with women: “to never mention having studied to be a tenor at the conservatory, otherwise they will get scared”.

The first breakthrough in his career, however, came at the age of 24, in 1963. At that time, Jiří Šlitr and Jiří Suchý came to listen to concerts at the Café Vltava in Dejvice, where Gott was performing. “When they heard me sing Only You they immediately offered me a contract at the Semafor divadlo”, where the singer would participate in the making of the musical Kdyby tisíc klarinetů (If a thousand clarinets). Only a year later he would already win his first zlatý slavík.

Another great moment in Gott’s career arrived just three years later, in 1967, with his trip and his several month-stay in Las Vegas. This too was an event marked by destiny, even if in an opposite direction to the way in which the master became a singer. In 1960, in fact, worker Karel Gott had brought some American records to his colleagues and said he would like to visit Las Vegas. Obviously, everyone laughed, but as the singer would say in a subsequent interview, in the end he had the last laugh, and he sent those same colleagues a postcard from the States with a dart on a building and the words “Tonight I sing here”. During his stay in the US, Gott later met Karel Svoboda, who would go on to write many of the singer’s biggest successes, the most famous of which could be considered Lady Carneval.

Soon Gott would start to regularly perform abroad. He sang in Cannes where in 1967 he went to take part in the awards ceremony for the world record trophy, he had great success in Germany, even in the West, probably via the DDR, which had a single market with Czechoslovakia. According to colleague Vlasta Kahovcová, one of the few places where the golden nightingale was submerged by boos was actually Italy. It was probably during a performance in Verona.

In the 70s and 80s the career of Gott was constantly on the rise, for Czechoslovakia he became a mythical artist that for Italians could be summed up as a cross between Al Bano and Gianni Morandi. Most of his albums immediately became silver, gold and platinum (incidentally, at the time a gold record in Czechoslovakia was obtained by selling 5,000 copies at home or 2,500 abroad), and the best-selling Czech album of all time in the country also belongs to him: “Christmas in Golden Prague”. Sales abroad are also fine, so much so that at the time it was common to say that Gott’s records brought more money to the Czechoslovak State than Škoda cars.

He obviously has great success with women too. Dozens of lovers (provided there is no talk about intimate or private details) and three marriages, one of which however went awry by choice of Martina Zbořilová, who later married Miloš Forman.

A great success in a country led by a regime such as Czechoslovakia, as well as the possibility of performing abroad, suggest that the master also had excellent relations with the Czechoslovak Communist Party. As a matter of fact, despite being seen as a singer symbolic of normalization, who received various favors from the leadership, such as being allowed to appear on television with long hair, a trick he used to hide protruding ears, he was always much loved by the public. Precisely for this reason, Gott was one of the signatories of the Anti-charter, a document in which artists and intellectuals who were the most popular in the then Czechoslovakia responded to the Charter 77.

But it is also true that one of his songs, Kam šel můj bratr Jan (Where my brother Jan went), released in 1978 from the cover album Romantika, is indirectly dedicated to Jan Palach. And again, in 1989, from a balcony of the Melantrich Palace, in front of a packed Wenceslas Square, Gott sang the Czech national anthem along with Karel Kryl, who in 1969 wrote Bratříčku zavírej vrátku (Little Brother close the door) the song symbolic of the post-Prague Spring disillusion: this would be a clear signal to the population of the end of communism.

However, the end of the regime was seen by the singer as a probable end of his career. It is true that in 1992 the Polish magazine Wropst had classified him as the richest man in Czechoslovakia but the market had changed: Western music had finally arrived and the master feared, as he would say years later, that “people would become pickier”. In short, Gott was afraid that people would lose interest in him, being partly seen as a symbol of the music that was the most popular under the previous regime.

This was not the case, and in fact Gott would be the singer “from before” who would have more fans also among the new generations. How is that? The singer says it’s his attitude and his excellent relationship with the public. Václav Havel, who had signed Charter 77, also congratulated the master on his 60th birthday, saying that “Karel Gott is an example of continuity for me, like Říp Mountain”. And on closer inspection, the two things of socialist Czechoslovakia still active today are precisely those that “contributed the most” to the national turnover of the socialist country: Karel Gott and Škoda. 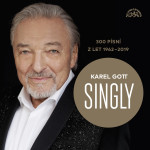 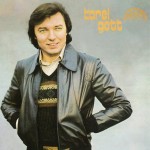