The secular history of Janoušek, a company founded in the nineteenth century’s Bohemia, and still flourishing in the Giulian city

Wicker carboys, barrels, piles of herbs, scales, puffing distillers, recipes written on yellowed sheets, the smoke of a red brick chimney that rises to the sky of Karlín. This is an adventure of modern alchemy. Not one of dark and occult workshops in the shadow of the Castle, but an adventure of artists of the senses, a family story, one of trade and success, Praguian at first, Italian, later. This story started with ambition and imagination in 1883, when two brothers, Josef and Antonín Janoušek, rose a production of fragrances and flavors in the new Bratři Janouškové building on Karlínské náměstí, in Karlín district. Previously, they were functioning in an area closer to the center, on Jindřišská Street, near Václavské náměstí.

Karlín, a famous industrial district of that time, named after Princess Caroline Augusta of Bavaria, the wife of the Emperor Franz Joseph I of Austria – was the most favorable area of Prague for those who needed large spaces for production and storage of industrial and artisanal products.

Thus, precisely in this neighborhood at the edge of the city center, underneath the neoclassical façade of a still existing building, the Janoušek brothers begun one of the oldest flavor productions in Europe. Business went well, quickly. At the end of the eighteenth century, the company already had branches in Vienna, Barcelona, Prato and Trieste. In addition, they had deposits in Krakow, Milan, Palermo, Alexandria, Smyrna and a network of agencies and representatives in various countries around the world. 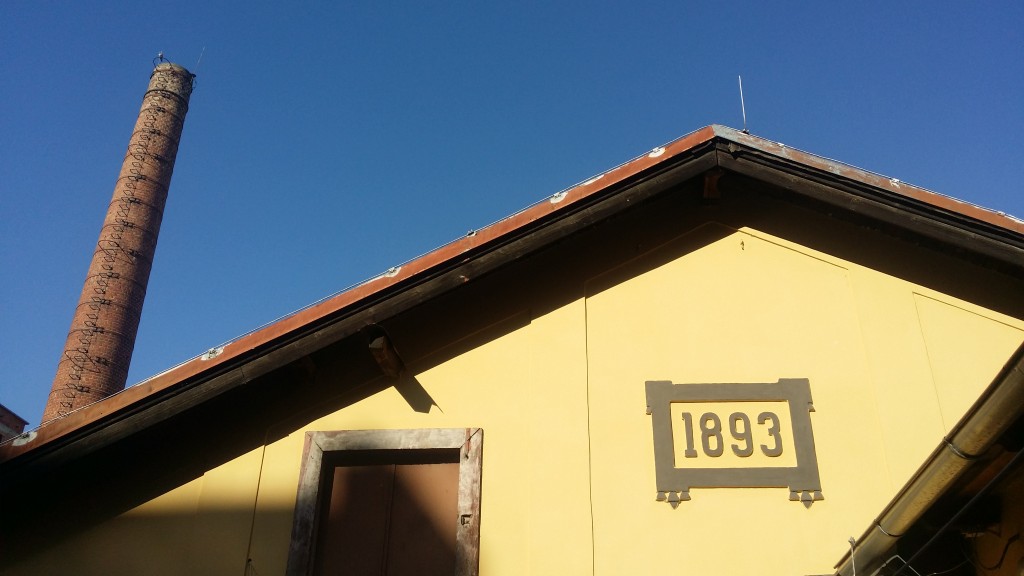 It developed quickly, from a family business to a successful multinational in only a couple of years, owing plantations, such as Libochovice (in the current Ústí nad Labem Region) but even in the faraway Fiji islands.

It had a maximum prestige in the Austro-Hungarian Empire to the extent that Bratři Janouškové got the permission of using the Hapsburg doubleheaded eagle coat of arms.

It is not a coincidence that this entrepreneurial adventure began while Trieste and Prague were on the same side of the world. The connection between these two cities was strong from the beginning. If the products emerged from the noble central European Austro-Hungarian Prague, the port of Trieste was at the time the most important one in the Empire: a window on the Mediterranean, Asia and the world.

A necessary specularity: Bratři Janouškové’s range of action and ambition was global; the imports and exports were made mainly by sea. In addition to their branches and warehouses, the reviews collected by the products in the European and American salons are a proof of it. In 1893, the flavors and fragrances of the Janoušek brothers were awarded a diploma of honor and a large medal at the Universal Exhibition in Chicago. A few years later, in 1900, the Praguian flavorists participated and won at a historic event marking the beginning of a century: the universal exhibition in Paris. The French capital brought these sensory alchemists’ products a diploma of honor and a medal.

Besides the quality of the product, Bratři Janouškové’s international coat of arms is enhanced by a great long-term outlook and mastery in the corporate marketing sector: it suffices to take glance at the product packaging, price lists and the brochures of the beginning of the century to admire its refined creations; beauty is (also) in the packaging.

At the end of the 1920s, once business was flourishing, the destiny of the Prague-based company becomes Italian. Following a division from the parent company of Karlín, the Janoušek branch in Trieste became an independent company.

“Those were the years of the great crisis and Prague sent a provision to dismiss all the employees in Trieste. My grandfather, Ladislav – who settled in the Giulian city after having fought in the Great War as an officer in the Austro-Hungarian army – decided not to comply with the directive of the parent company and turn the Triestine business autonomous”, says Vladislav Janoušek, the current company’s manager.

Business with the former mother company, Czechoslovakian at that point, continued until its nationalization after World War II. Thus, the adventure of the flavor and fragrance alchemists is a Triestine story. A journey that celebrates today 135 years of experience and success in the industry.

Four generations later, the group is led by the aforementioned Vladislav (Vladi) Janoušek. Even if his name reveals his central European origins, he is Italian by excellence. Born in Trieste, he graduated in pharmacy at the University of Milan and enrolled in the Order of Pharmacists, as flavorist.

“My name is sometimes a source of difficulties for me, because here in Italy I am considered to be a stranger and while in Prague, they are surprised that with my name I do not speak Czech”, jokes Dr. Janoušek, adding, “my relationship with Bohemia is almost exclusively for tourism nowadays, even if it happens to go there for work. During my youth, while Czechoslovakia was dominated by a dark communism, it was very difficult to go to these parts and this prevented my ties with Bohemia from becoming tighter”.

He shares as well a memory of his first visit to Prague: “I was already eighteen and I was accompanying my father. It was still during the extremely sad and dark Prague of before ‘89. I remember having reached Prague after a tiring journey, which took us hours and hours of waiting at the Iron Curtain’s border. Nowadays, it is a completely different city and each time I go there, I enjoy it, starting with the local cuisine, such as svíčková and the traditional knedlíčky, which were the dishes that my father always wanted on the table, in Trieste. And, of course the great Pilsner beer”.

Until today, Vladi Janoušek’s work is one of chemistry and senses, molecules and smell, an alliance that allows creating special oils and flavors, the core production of his company. “The essential oil is the soul of a plant, and it is extracted from leaves, roots and fruits”, explains Janoušek. One of the finest, and most expensive, is the rose one, which is obtained by the distillation of the dried petals. One of the most intriguing ones, the tea tree oil, is the most effective natural antibacterial product there is. It suffices to think that this oil was used by the Australian troops in trenches to disinfect war wounds. This creative world does not serve only the sense of smell. The other Janoušek’s core production are the extracts. From the most expensive ones like vanilla to the most common ones like strawberry or butter, when it comes down to extracts it means “a complex mixture of substances extracted from plants or food, or produced in the laboratory”. Indeed, nothing to be afraid of. The extract can always be found in small quantities and it is what stabilizes the taste of a food or drink, enhancing the flavor. Joking, Vladi Janoušek admits that the flavorist can get to “overcome nature”. The extract is stable, perfect. Janoušek has a catalog of classic extracts, but most often these taste essences are tailor-made for the customers: even though the company is multinational, the approach remains artisanal. The selected products are always of the best quality: lemon from Sicily, saffron and liquorice from Abruzzo, chinotto from Liguria, vanilla from Madagascar and Tahiti, cinnamon from Ceylon, lime from Mexico. “In Italy, the most used flavor in confectionery is butter, for drinks its orange and lemon, vanilla for ice cream”, concludes Vladi Janoušek. The latest business developments led the Triestine company under the protective wing of the British Synergy Flavors, one of the leaders in the sector.

A step highly desired by Janoušek to ensure a dimensional leap to the family business. In any case, Janoušek will not change its name, and will be again, like during the Empire, the European outpost of a more distant parent company. The road of flavors still crosses Trieste. 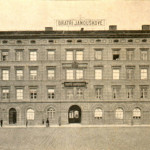 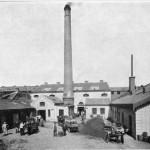 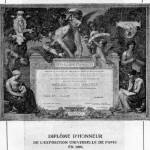 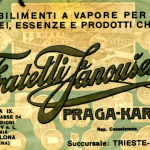