There is the iconic banana image of the Velvet Underground, the tongue of the Rolling Stones, Lady Gaga naked and the apple of the Beatles. Twenty-five kilometres away from Prague, inside a sound-proof room for testing the quality of sound, there is a wall covered with records, a music track that spans over half a century. It is that of Gramofonové závody in Loděnice – known today as GZ Digital Media – the world’s number onne manufacturer of vinyl records. 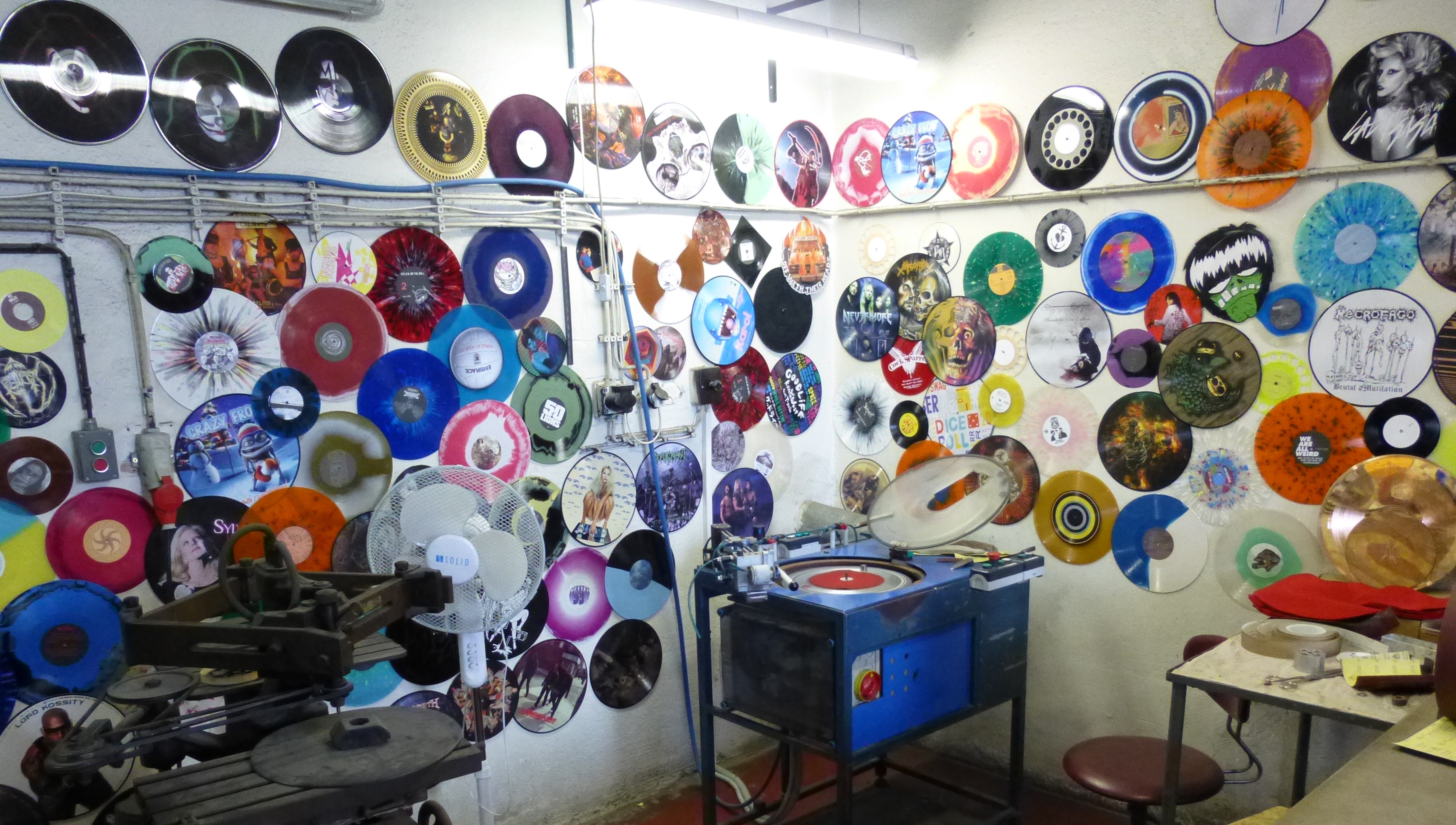 Founded in 1948 in the aftermath of World War II, it produced its first long-playing records in 1951. Since then, with Czechoslovakia under communist dominance, and the sphere of Moscow until 1989, it became the first manufacturer of music media for the Soviet bloc. The first music cassette was produced in 1972, while it was only many years later, in 1988, that the first recording of the first compact disc took place. The last decade of the nineties proved to be a decisive period and one of historical upheaval, both in the streets and in homes: with the political revolution came the digital one, brought about first by the CD then the DVD – the first in Central Europe is produced in Loděnice in 2001 – and this created a great deal of concern in the music and film world. No more tapes or discs. The producers had to think of new ideas and reinvent themselves.

The same was true for GZ Digital Media. However, it turned out to be a reactionary move for those years, but one that has allowed GZ to remain a point of reference for companies in the sector. Perhaps, it was a premonition that other changes were about to take place and that the tastes of the past would come knocking back at the door of this factory located in the Bohemian outskirts. These are the words of 62 year old Zdeněk Pelc, a historical figure of Czech entrepreneurship and for thirty years at the helm of GZ. It is he, in fact, who decided that the advent of the new musical recording systems was not a good reason for scrapping the bulky, historical soviet machines used for manufacturing vinyl records. They were thus switched-off and put away until the digital infatuation had soothed its effects after two decades of predominance. However, the past is now once more knocking at his door.

And so it is, after the hangover, the vinyl is now backing in fashion. With its vintage patina, the dirty sound of the needle running on the disk and a taste for collection. The old machines are back and running, producing long-playing records by the thousands and millions, and with the modern standards and stimulus set by Pelc, GZ is relaunching itself with vigour into the international arena. The result is a company that in 2011 celebrated the 60th anniversary of the release of the first album and that, in California alone, now exports twelve tons of vinyl records a week. It is in the surrounding countryside near Prague that the giants, such as Universal, Warner, EMI and Sony, have the great classics printed: Madonna, the U2, Rolling Stones, or the latest hits by Lady Gaga. 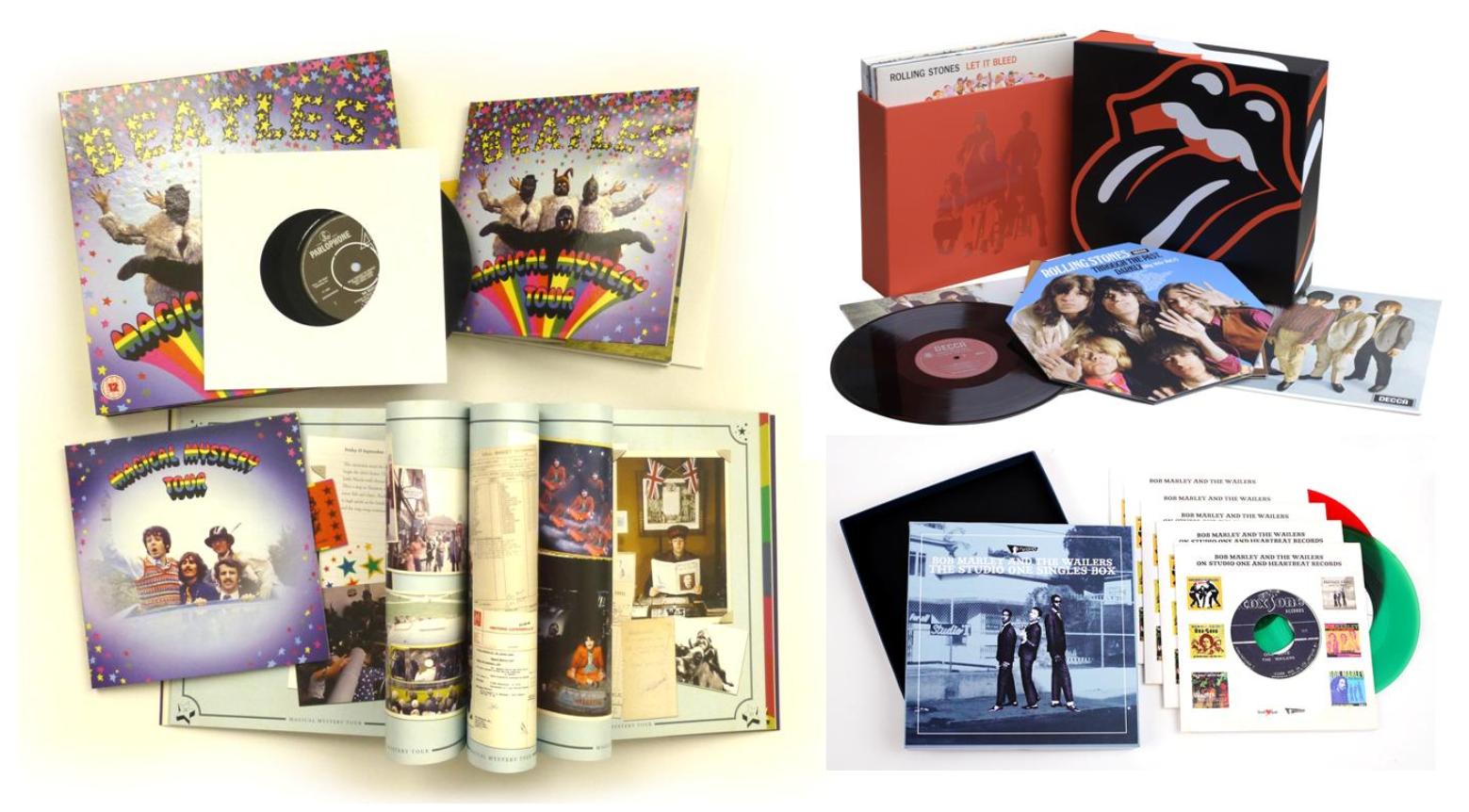 But the bulk of production, of around six million records a year, comes from “backyard” niche metal or hard rock bands that make small orders of 250 copies or so, for a sum between 50 thousand and 75 thousand Czech crowns – two or three thousand euro. It is from these LPs, made for fans and family members, that GZ Digital Media achieves about 80% of its turnover. Its main market is still the United States with 1.5 million records a year, followed by Great Britain with a million records, and it is precisely on the island of rock and the Queen that the vinyl market has recorded its largest extraordinary increase: plus 40% of sales in 2012.

Last year, in particular, GZ produced 150 thousand copies of the King of Limbs LP by the Radiohead, its main order of the year. However, not the top most important order, because the Loděnice company, which employs about 1,400 employees, has in its Guinness book of records an order for a collector’s box containing thirty-eight discs of the Rolling Stones: 16 thousand boxes printed for a total of 250 thousand records. Being able to provide its customers with a complete product, since 2009, including the typographical work and cover, GZ reaches its peak production during the pre-Christmas period and Record Store Day – every third Saturday of the month of April.

It is in conjunction with this festival, celebrated by independent record stores that the major British bands decide to release their new albums and now more than ever in LP version. GZ also receives the most extraordinary requests of re-prints on the occasion of the death of a great artist: recently those for Michael Jackson or Amy Winehouse.

There is a clear frenzy coming back onto the turntables of DJs and fans all over the world and this Czech factory is working at full capacity to meet this demand. It is now run by Michal Štěrba, to whom Zdeněk Pelc, who is now CEO and majority shareholder, left the post of director general only a few weeks ago, GZ Digital Media is no longer «the little countryside factory”, as Pelc recalls, during the communist years. “Tough years, when I had to sleep at times in the office, because I didn’t have a car to back and forth to the office”, Pelc explains.

Years gone by. Music has changed nowadays and runs on Loděnice vinyl on half of the world’s turntables.