Home  »  Prague and surroundings   »   The secrets of the Ore Mountains

The secrets of the Ore Mountains

Notes from the underground and timeless nature, a reportage from a border region among the World heritage sites

Let’s start from the beginning. If history has christened the Ore Mountains with this name, the explanation must be simple. Under these soft-lined mountains, under the slopes of coniferous and beech forests and the green, yellow and pink summer meadows, under the small seventeenth-century centres, under the wood craftsmen and the thermal pools, the mines have produced treasures for centuries.

From iron to silver, from tin to uranium, eight centuries of extraction have followed and shaped the needs of different eras, a story of man and the coinage technique of medieval coins to the tragedies of the nuclear age. In July 2019, the region was recognized by UNESCO as a World Heritage Site.

It is the natural limit between the Czech north-west and Saxony. On the south side the slopes are steep, and mild on the German side. Consequently, the area in question extends much more in Germany than in the Czech Republic. We have decided to cut the region in two and undertake a journey, involving two stages on both sides of the border. 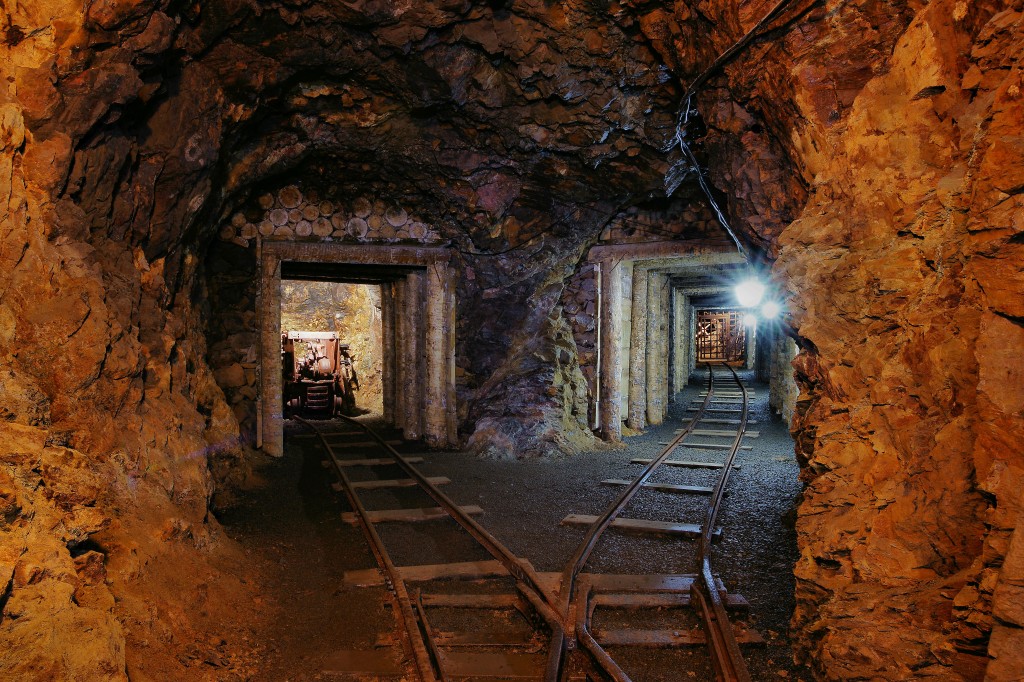 Jáchymov is a snake-shaped spa town that climbs up the narrow valley dedicated to St. Joachim, of three thousand inhabitants, at difference of altitude of 150 meters, where finding a flat road may prove to be difficult. A mixture of fallen elegance and the popular strength of those who broke the mountain, the centre recalls the dark and mysterious tones of a David Lynch film. It developed from the early 16th century, when the rich silver vein of the rock was discovered. Little was left from those times, since a fire almost completely destroyed it in 1873, and since the fortune of bygone days seems to have left little wealth behind. To welcome travelers from the street of Karlovy Vary, the majestic Radium Palace hotel, since 1912 a reference point for curative stays. Here too the name suggests what we expect: we are talking about radioactive spas.

The presence of radon in the waters was first discovered here in 1896. Therapeutic use then spread to various spas in Europe. As for its effectiveness, the scientific community today seems to be much more skeptical than in the past, let’s say, since it was discovered that radon is carcinogenic. However, in minimal doses it is still used to treat arthritis and rheumatism. The golden (and crazy) times of the radioactive spas can be found in the permanent exhibition just a stone’s throw from saunas and swimming pools, we discover that they sold radioactive soaps for the bathroom, or in the city museum, where they show off, especially at dark, glasses and vases with uranium glass. In the dark, because for a century they have been shining with their own light (and they will continue to do so).

Until the outbreak of the Great War, Jáchymov was the only known source of uranium in the world. From its mines, Marie Skłodowska Curie isolated radium and polonium. From its mines the Czechoslovakian communist regime provided the Soviets with the raw material for nuclear weapons. The infamous fields of forced labor are remembered by the “Red Tower of Death”, a tall red-brick building part of the “Vykmanov II” camp, which opened in 1951. It housed about 300 political prisoners, and in extreme working conditions many perished due to the lack of protection and the inhalation of radioactive dust.

To the north, the country enters the mountains and the history of ancient mines. A world famous curiosity it contains, is the silver “thaler” coined in Jáchymov (in German Joachimsthal) in the 16th century which is the basis of the American “dollar” name.

Going up the series of hairpin bends we reach a plateau, the panorama widens into flowery meadows framed by woods: in the centre is Boží Dar, the highest municipality in the Czech Republic (1,008 metres high). The atmosphere is decidedly more jovial, and the small village attracts sporty tourists in the summer (for trekking, mountain biking, walks) but above all in winter, with its alpine and cross-country ski runs; there are fewer than two hundred permanent residents, but they never appear to be alone. If Jáchymov brings with it the hard memory of the Krušné Hory, Boží Dar sweetens the UNESCO list with the panoramas and the paths in the green towards the mines. Entering the forest a few hundred metres we reach, the border with Germany on foot. Today it is marked only by three poles in a row and a milestone; on one side C, on the other D.

The pleasure of walking on an invisible border recalls the unity desired by the UNESCO candidacy. The joint project between the two countries has had a rather long genesis.

Michal Urban, head of the Czech side for the drafting of the dossier, says that the idea was born in Saxony over twenty years ago. “It was immediately clear that the project had no chance unless the Czech side was involved. The mining history of the Ore Mountains has been going on for centuries without the idea of a border.” The first contact was with the Most museum, but the project began to take shape only when the Karlovy Vary region was involved, starting in 2010. “From that moment on, a collaboration and a friendship were born that led to the combined effort made in January 2018 and finally, UNESCO recognition in July.”

On the German side, Tina Kopetzky, whose Slavic surname seems an appropriate detail, clarifies the imprint of the past: “the influence of mines is still tangible today in aspects of daily life, it is rooted in the mountain character of craftsmanship, of uses and of traditions”. Tina lists the following initiatives, the common plaque to be affixed to over 400 places of interest, and then the World Heritage Brochure, the World Heritage Guide, the World Heritage App… They say they are happy with their work with the Czech ministry, just as Michal had strongly praised the German colleagues. As for cooperation with local authorities (7 in the Czech part and 25 in the German side), he exclaims “good conflict management!” all fine, but we guess it was not always easy. 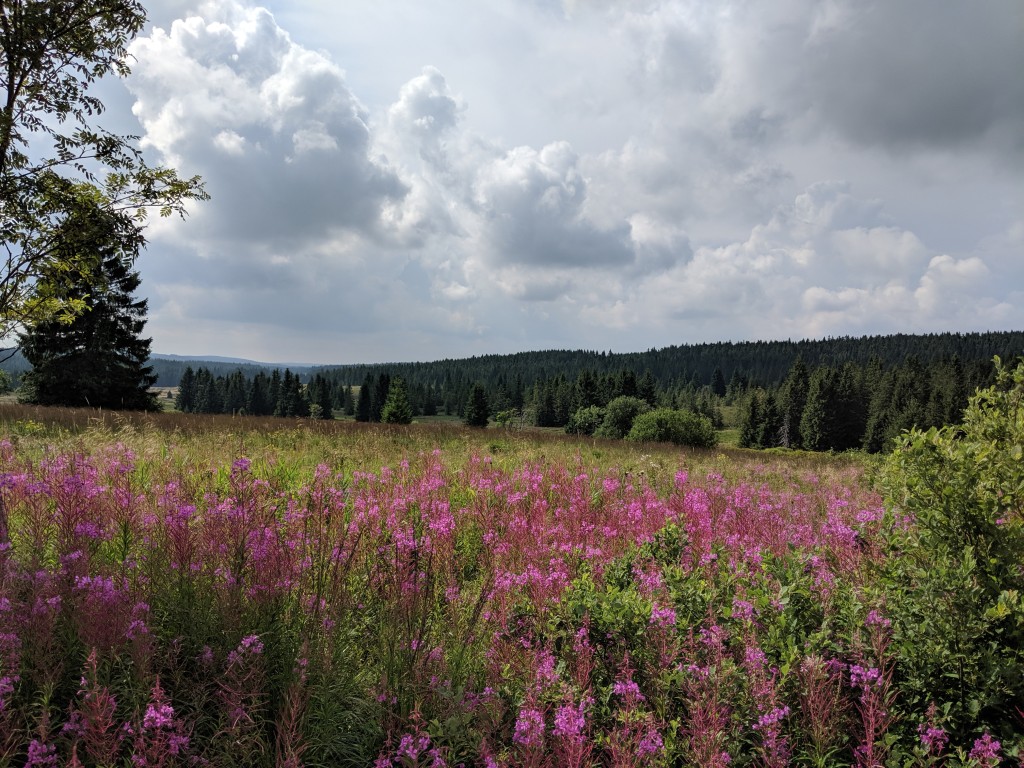 In the surroundings of Annaberg-Buchholz, the Ore Mountains become round and wooded hills. The town itself is made of ups and downs, with the large church at the top. But from an ecclesiastical point of view we are more interested in another building a stone’s throw from the central square: the praise of the mine is blessed by a small church dedicated to St. Mary in the Mountains. Built in the 16th century, from 1863 it became the church of the miners, after they paid the restoration out of their own pockets, and at Christmas, they are also present in the nativity scene, in small wooden statues.

Annaberg is a small town but a greater sense of well-being is noticeable compared to the Czech side. The city museum, focused on the mining community is modern and interactive, and the miniatures and the stories of the miners become protagonists there. The restaurants offer typical dishes of the Erzgebirge, the German name of the mountains: the most famous is the “Buttermilchgetzen”, a buttermilk and potato pancake that is served either sweet, with apple marmalade, or salted, with bacon. Here the tourist attraction for metal enthusiasts is the Fronhauser Hammer, a museum outside the centre where a blacksmith still flattens the iron on the anvil like two hundred years ago.

The mineral wealth finds its final celebration in Freiberg, a city south-west of Dresden where the mountains are long gone, but the city is among the centres on the World Heritage list because it was here where silver was worked. The honour reserved for the miner is still alive in the twentieth century. A Socialist Realism statue of 1959 in a corner of the centre once again brings the worker to the fore. The region owes everything to the sacrifice of these strong and hardened, weakened and exploited men. The Saxon city still maintains the engineering faculty that was born precisely to study, rationalize and perfect the world of mining.

A union to be rediscovered

Wooden toys, nutcrackers, traditional clothes exhibited in the Fronhauer Hammer. The stories of the past that come from the German side lead us to a state of reflection. The Czech side is stripped of popular history because the people who should narrate it no longer exist. It is the effect of the post-war drama, the scar of the expulsion of the Sudeten Germans. The ill-fated Beneš decrees, on which the Czechoslovak President placed his signature in 1945, was put in place to carry out a barbarous revenge on the Germans and Nazi sympathies, among whom there were certainly an abundance on these mountains. We tried to ask Michal if the matter had ever come to light during the joint diplomatic engagement, but his answer was dry. “There was no reason for it. Relations between Czechs and Germans are at the best moment in history, there are several cross-border projects and the inclusion of the Erzgebirge/Krušnohoří mining region in UNESCO heritage will only improve future cooperation.”

We will take his words as valid in the hope that the future will reconnect the past, and free the ghosts from the Czech woods. A UNESCO list will not be enough, but it certainly seems like a good start. 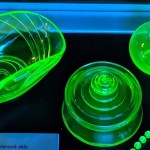 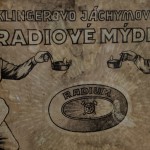 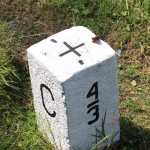 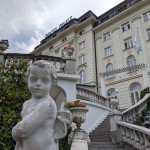 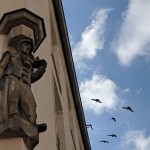 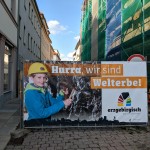