Home  »  Politics   »   “The Caucasus? A crtical geographical zone even for Prague“

“The Caucasus? A crtical geographical zone even for Prague“

Ivan Jestřáb, the ambassador of the Czech Republic in Tbilisi, speaks about the European Neighbourhood Policies and of the current Russian ambitions, three years after the conflict in South Ossetia. 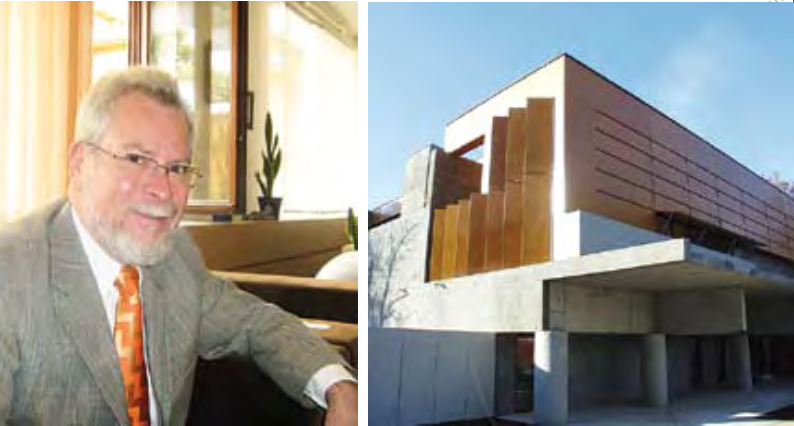 “Don’t leave Georgia, don’t allow the country to feel isolated from the rest of Europe: I think this is our primary duty“. Access to the Czech embassy in Tbilisi is rather controlled. The building in someways resembles a small fort, an austere and no frills appearance and the street is heavily guarded by the security present. Et, the 2008 war seems a distant memory.
Dry and simple without seeming unapproachable, as direct and decisive as a diplomat can be, the ambassador Ivan Jestrab has been in charge of representing the Czech Republic in Tbilisi for several years. A privileged position, a crucial point of view from the Caucasian capital in order to understand how the relations between Europe and Russia are currently developing.
An observatory which became much more crucial after the “Five-day war” of August 2008, when Russian troops occupied the Georgian territories of Abkhasia and South Ossetia, sparking a major international crisis.
“I think the truce of August 2008 should be a starting point,” explains the diplomat over a cup of coffee.- I mean this in that the commitment of our Republic as well as of Europe and the USA, was and still is directed towards the Georgian territorial borders . However, besides the debate on borders, there is another decisive issue which we cannot forget.
What are you referring to?
“To the gradual integration of Georgia into the “European system”. This does not mean the immediate introduction of Tbilisi in the Union or in NATO. It certainly does however mean the expansion and the development of the European Neighborhood Policies. They range from economic cooperation to cultural support, safety and plans to improve the level of knowledge of young Georgian kids and the old project of the GUAM (1), which were made to create a closer agreement between Georgia, Ukraine, Azerbaijan and Moldova, The point of this is to help maintaining and improving bonds between the Caucasus and The European Union making them closer and more dependent on each other.
The GUAM does not seem to be in a good state. The cautious European openings, don’t seem to satisfy The Georgian president Michail Saakashvili. Tbilisi does suffer from the feeling of being isolated, left alone to face the Russian pressure.
“I don’t agree at all with this perspective. Georgia occupies a strategic position in the European vision. It is crossed f. ex. by the Baku-Tbilisi-Ceyhan pipeline and is irreplaceable in the European relationships with Central Asia. It is a geopolitical and economic junction, an inevitable stage.
- The foreign policy of Moscow is naturally cultivating a different vision. It speaks of “besiege of Russian borders”, and suffers from the policy of “encirclement”.
“Meanwhile there is a lot of controversy over what are the exact, historical borders of Russia”. An issue which has never been completely resolved. Another thing to reflect on are the two Caucasian “neorepublics”: South Ossetia and Abkhazia. Two entities, which are practically only recognized by Moscow and by another four countries in the world, which remain in Georgian territory. An issue which sooner or later, will have to be resolved.
The fact remains that the new democratic Georgia is a country which still has a weak democracy and is on the look-out for alliances in the international environment.
“Indeed we must bear in mind that Tbilisi must not only look West. A collaboration is developing for example with Ankara, Baku or Yerevan. Well, this all comes into the neighborhood policies. If Tbilisi finds reliable allies, we can only be grateful for these relationships. Regarding Tehran, naturally we are more cautious,”
According to a verified study, the occupation of Abkhazia and South Ossetia is nothing other than the Russian response to the recognition of an independent Kosovo. Basically, Moscow intends to respond “blow for blow” to western policies…
“One musn’t confuse the critical points with the normal situation. The relationships between Russia and Europe (and the Czech Republic for that sake) are engaged in a channel of normal exchange, both politicaly and economically. Nobody, not even Moscow, benefits from interrupting this relationship of commercial and economic exchange which has its advantages and disadvantages for both sides. I am speaking f. ex. about gas and petrol, but also goods Europe sells to Russia.”
• And what about the Czech interests?
“We were among the first to express solidarity towards Georgia after the 2008 attack. We are among the most committed nations to this “strategy of attention” to the country. A strategy that passes also through economic ties. Our company Energo-pro is taking care of the energy sector, the Georgian police use our Skodas..”
Almost everywhere you notice signs of a renewed Russian aggressiveness: Transnistria, Byelorussia, Eastern Ukraine. Almost as if Moscow wants to regain parts of its ex-empire”…
“Here we are returning to the topic of Russian borders which they are in fact on. An example to everyone would be Konigsberg or Kaliningrad if you prefer. Well, this city was it historically Russian? Or German? By the way, Konigsberg (Královec) was founded by the Bohemian King Přemysl Otakar II in the Middle ages, which by no means gives Czechs rights today to dispute its status. Of course, the Russian pan-slavism and not only Russian, is still alive and kicking. However, I don’t believe all this can really provide a real threat to the current stability in the European system”.

• The Guam, the Organization for Democracy and Economic Development, is an international regional organization whose members are four ex-soviet countries: Georgia, Ukraine, Azerbaijan, Moldova. States whose territories have a key role in the projects of the European energy diversification.