The Prague fate of the American Mata Hari

The tumultuous life of Martha Dodd, the charming spy that deceived the Gestapo and the FBI

It would fit in very nicely within a story by John Le Carrè, the English master of spy stories, the song writer of MI5 exploits, the famous British security service. A great unsuspected figure, a “sleeper” agent, as the informers are unusually called in the world of spies.

What is certain is that the attractive Martha Eccles Dodd actually knew how to get the right information and enchant men, but it is equally certain that, with the “Circus” agents, as Le Carrè used to call them affectionately, she did not have much to do.

Her myth and her flag was Moscow, not London or Washington, and it was for Moscow and international communism that she eventually started fighting for. Born a billionaire into a Virginian elite family, in the heart of the U.S., she studied in Chicago, then Washington and Paris and had her first contacts with communism in Berlin. Martha was not an ordinary American woman with a passion for Europe: she was also the daughter of William Edward Dodd, the U.S. ambassador in Berlin from 1933 to 1937. Martha was indeed the right woman in the right place in the “garden of beasts”, in Dante’s inferno of Nazi Germany, during the years of Hitler’s rise to power. She was, we can say, a woman who faced up to history. 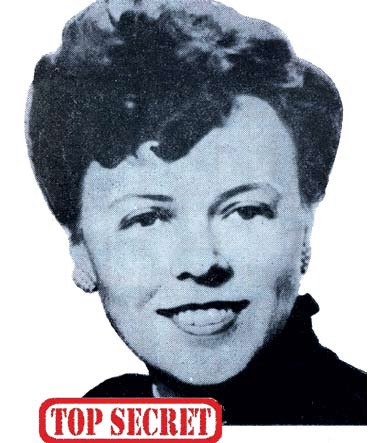 But who was she really? An ordinary spy with an innate taste for intrigue? An idealist fond of the communist myth? A bored millionaire in search of strong emotions? Indeed, as her Russian and American detractors wrote “a nymphomaniac degraded by vice and extreme sex”.

We will probably never really know who this volcanic lady was – born in Ashland, Virginia, on October 8th 1908, and who died in Prague (could it have been otherwise?), under mysterious circumstances on August 10th 1990 at the age of 81. Perhaps, Martha Dodd Stern, as she began to call herself after her marriage to billionaire Alfred Stern in 1938, was all of these things put together, and much more.

Surely, there is the fact that her file, carefully updated by FBI agents, consisted of 10 thousand pages, whilst it is assumed other documents (still kept secret) were kept in the Muscovite archives of the FSB, and maybe somewhere else around the world. Surely, we can say that Martha Dodd had a very lively and interesting life, which she lived unscathed, through one of the most tumultuous periods in Europe.

It is in Berlin in the thirties that her passion for politics began to grow, motivated, perhaps, by her revulsion towards Nazism and Fascism. And it is also in Berlin that Martha met the love of her life, the Russian “diplomat” Boris Vinogradov, who convinced her to collaborate with the NKVD and then the KGB. Their love relationship was both romantic and tragic: Vinogradov became one of the many victims of Stalin’s purges and was assassinated in 1938 by Soviet hired assassins.

A romantic but an adorable infidel: “Liza’s” bed – the code name that the Russians gave her – is always crowded with new visitors. There’s even time for the nephew of the last Kaiser, Louis Ferdinand Hohenzollern, or maybe for director Sidney Kaufman, among her many distractions.

A daring, but not a reckless character, you might say: when she returned to New York in 1938, Martha decided that the right man for her was the billionaire Alfred Stern. Said and done: she not only got married to him, but she converted him to the Soviet cause, asking him to finance the microscopic American Communist Party. Stern was a valuable pawn, a mine of information, with many contacts in the years leading up to the Second World War. Convinced by his wife, Alfred agreed to cooperate with the Soviets, even inventing an alleged music publishing company. A perfect cover up for the trafficking of money that came and went out from the Russian embassy in Washington. Between a party, a new book or film to comment on, the couple led a gilded life, with top level relations, but failed to remain inconspicuous and sometimes even warned the Soviets to recruit potential agents, but most of all, they passed on valuable information during the war years.

Nowadays, it is difficult to determine the scope of the service that was rendered to the Stalin regime. Karel Pacner in his book, Vyzvědačky pod rudou hvězdou (Woman spies under the red star) cites the words of a senior official at the U.S. Department of Justice, according to whom, the Stern couple were illustrious figures of Soviet espionage, perhaps even more important than the Rosenbergs – who were executed in 1953 for revealing the secrets for the manufacture of the atomic bomb.

The FBI decided to put them under surveillance in the late 1940s, until they tightened the circle. They were anything but benefactors and well-deserving citizens, they were true spies, fully involved in the Soble network, the spy circuit on U.S. soil, who reported to Moscow agents. Against them, is also the decisive testimony of Boris Morros, a double-crosser agent, who revealed their plots to the FBI. The situation was critical, with the serious risk of a trial and an almost certain execution on the electric chair.

At the last moment, the Sterns flew to Mexico and then, with false Paraguayan documents, went to Amsterdam, where security services officials from communist Czechoslovakia, manage to take them to communist Europe. 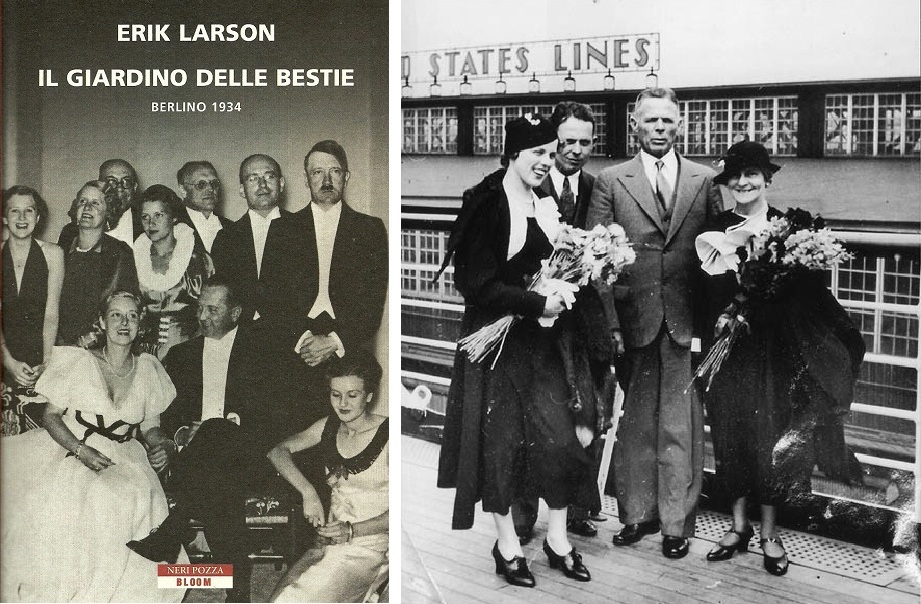 They arrived in Prague on a cold day in January, 1958. Almost two months had passed since the death of Antonín Zápotocký and the presidency election of Antonín Novotný. The highest official organ of the single Czechoslovakian Party accepted their demand for hospitality and assigned them a three-storey villa, with twelve rooms, servants and a personal chauffer. The couple even decided to get a brand new black Mercedes. They closed themselves in this sort of millionaire bubble in the middle of the communist pond and remained there until almost the end of their lives.

Somehow secluded, they were as prisoners in the red paradise they had always praised. They also toured the Eastern countries to do some propaganda and from 1963 to 1970, they spent seven years in Cuba, before taking refuge again in Prague. Formally, in the sixties, they were communist Yankees with a “nostalgia” for the old Country. They even presented a repatriation request, but the U.S. Justice Court refused to take it into consideration.

Alfred then started work at the Research Institute of Construction and Architecture and Martha for the Writers’ Union. In record time, the Czech version of the novel “Sowing the Wind” was published and they earned an average salary, but were mainly able to get by with the millions of dollars they had deposited in Switzerland before their escape.

Their villa became a sort of prison. “We cannot say with a clear conscience that we enjoy staying in Prague”, wrote Martha in a letter to a friend. “It’s a life full of considerable intellectual and creative limitations (we do not even know the local language and this is a big handicap) and here, we feel separated from the world and very often lonely”.

Karel Pacner, however, affirmed that over time the Sterns got acquainted with a number of communist intellectuals: the painter and writer Adolf Hoffmeister, the journalists Antonín J. Liehm and Stanislav Budín. Western left-wing artists frequented their villa during their visits to Prague, as well as the Soviet writers Boris Polevoj and Ilya Ehrenburg.

It was during the communist normalization period, after 1968 and the Soviet invasion of Prague, that their communist ideals began to falter, until they began to do what they could to help the dissidents who were persecuted by the communist government in Czechoslovakia. Many of their friends in that period also signed Charter 77.

Martha became a widow in 1986 and continued to live in Prague, with the important memories of her past, and probably also with a few cumbersome secrets that, perhaps, were too intrusive and inconvenient to be published, or at least, to be recounted in detail.

In August, 1990, a year after the fall of the Berlin Wall and the collapse of the USSR, at the age of 81, Mrs. Dodd, the ancient seductress of Berlin, the lady of all spies, the most sought after lover in New York, was to die in mysterious circumstances at her villa in Prague. The meagre chronicles of the time, in Prague, a city that was still euphoric for the fall of the Berlin Wall and regained freedom, dismissed the incident as an ordinary burglary. The thieves had beaten her savagely, though and the house had been devastated, with its furniture scattered and the beds gutted. Someone in Washington or Moscow – who knows – had perhaps been looking for the unconfessable secrets of the communist billionaire, the woman with a thousand faces, that for many years had been able to deceive the Gestapo and the FBI.