The hijacking of the Karlovy Vary – Prague flight 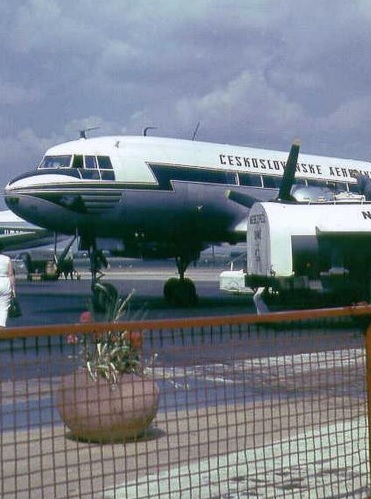 It was the morning of June 8, 1970, when eight young men, four men and four women, armed with pistols and knives, forced the pilot of the Soviet-made Ilyushin Il-14 flying between Karlovy Vary and Prague, to change the route, and land at Nuremberg Airport, the closest western airport beyond the Curtain. The purpose of the hijackers, among which a couple with a two-year old girl, was to escape to the West, to freedom. Once landed in Nuremberg, the hijackers were immediately arrested by the German police. Jiří Galásek, Rudolf Čihák, Jaroslav Pour, Josef Procházka, Eva Galásková, Marie Procházková, Věra Klementová and Stanislava Čiháková were the names of those young people, all under 25 years of age. The day after the event, the newspaper “Rudé parvo” published the news, sparing false information, for propaganda purposes, on the lives of the hijackers. They were trialed and sentenced to a few years in Germany. The German authorities refused the extradition.