Home  »  Prague and surroundings   »   The Kotva department store, the black pearl of Brutalism

The Kotva department store, the black pearl of Brutalism

Before it was built, the Kotva department store had already made a name for itself, never again abandoning the limelight

Like many buildings, the Kotva department store has at least one story to tell. In the centre of Prague, it is certainly not the only one able to entertain us with an exciting story. However, an intriguing show schedule nourished by events related to city life and even national sentiments is embedded around its floating hexagonal prisms, something rather unusual for a shopping centre. Its urban location, the alternating events of surrounding its creators, the unusual appearance and its architectural value, the ingenious technological heart, the symbolic record-breaking debut catalyst of many hopes are just some of the aspects that make the dark, architectural structure overlooking Náměstí Republiky a true mine of stories.

Even before its construction, the department store had already made headlines. The fact that this empty lot was in a position as crucial as it was enviable for fifty years, was known from the beginning. One of the most delicate meeting points between Staré Město, the old town, and Nové Město, the new fourteenth-century city that became part of Greater Prague only in the late eighteenth century, could only hold surprises. 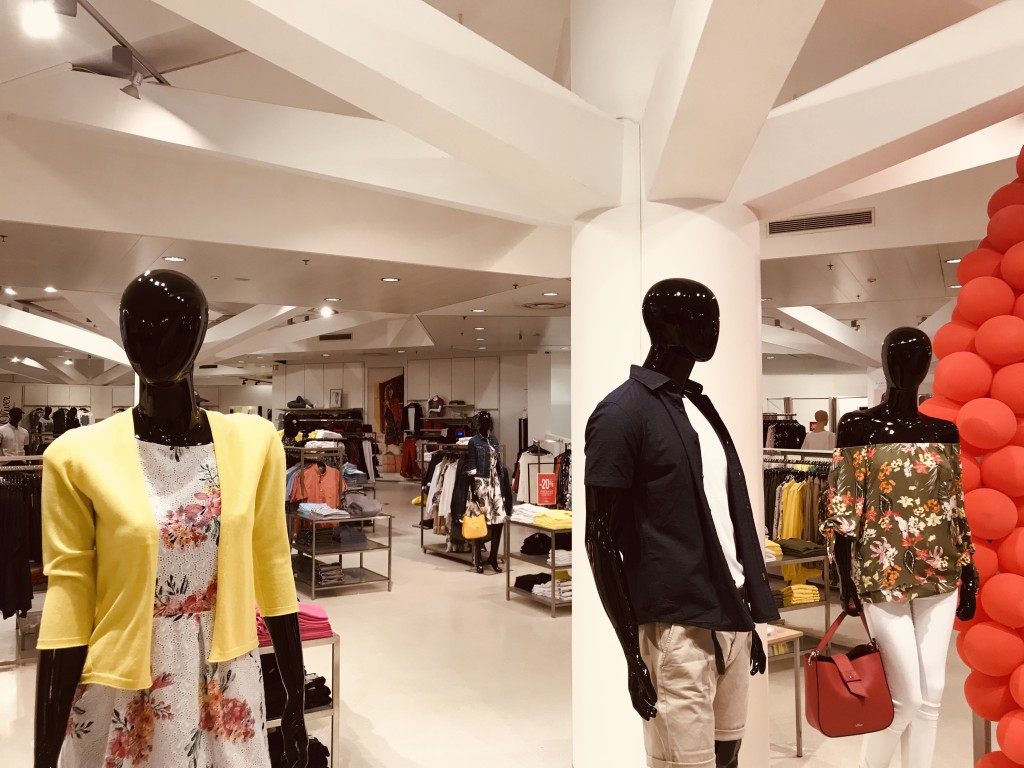 The first idea of placing a department store in the square dedicated to newly acquired national independence was already launched in the late 1920s, but soon withdrawn in favor of a more institutional characterization. The idea reappeared in the late sixties. The inability to build one in a reasonable time near the Jindřišská Tower and the uncertainty left by the fate of the square by various proposals to reorganize it by coordinating it with the new axis of the street V Celnici, had turned the spotlight back on that empty lot.

It was this way, that competition for the design of a department store in that space on Revoluční street on the edge of the square, ended on December 1, 1969 with twenty-one participants. It was not long before the surprises arrived. Only at the opening of the construction site in 1971, did that lot emptied in 1918 with the demolition of the Noblewomen Institute in Nové Město unveil consistent evidence of the settlements of medieval Prague. The team of the new Department of Archeology, led by Helena Olmerová and Hubert Ječný, in the just seven months granted, completed an imposing excavation campaign with cutting-edge methods, which would have required at least three years. Along the ancient thirteenth-century walls of Staré Město the 12th-century Romanesque church of St. Benedict re-emerges, incorporated by the command of the Order of the Teutonic Knights under the reign of Otakar II Přemysl, and even traces of previous settlements. In Baroque times, the Premonstratensian college Norbertinum had in turn incorporated part of those ancient buildings, becoming the seat of the Noblewomen Institute in 1787.

The long wave of the successes of the Expo 1958 and some reforms to the internal market changed the consumption habits of Czechoslovakia in the late 1960s. Completely unprepared, the sales networks begin to look silently towards the west, especially regarding the main cities. Until the inauguration of Kotva in 1975, the only department store in Prague had been the Bílá labuť, inaugurated four days after the Nazi invasion of 1938.

The violent interruption of the reform process that took place in 1968 inevitably drew curiosity and amazement to the innovative and very rapid construction site conducted by a foreign company, the Swedish company SIAB. Of course, there was no lack of controversy, but nor was there any lack in chimerical and confident hopes. This was testified by the legendary rumors, promptly denied, about the new department store that would have sold only goods from the west. Equally invariably the communist regime did not miss the opportunity to boast internationally the new architectural jewel, ready to serve seventy-five thousand customers a day, as an unbeatable symbol of its prosperity. However, what was presented as the spearhead of national retail, as well as the fifth largest department store in Europe by sales area at the time of the inauguration, could not but struggle with supply difficulties for three decades.

The Praguers had not seen “western” goods replenishing the shelves of the Kotva or their homes for a long time. And Věra and Vladimír Machonin, winners of the competition, meanwhile labeled by the regime as ‘undesirable’, did not see the authorship of their ingenious project recognized, nor were they invited to the bombastic inauguration. Having fallen in a dark damnatio memoriae, their name was erased from every document, and only after the Velvet Revolution they were able to prove that they had really designed the extraordinary complex and their other works.

Not new to breathtaking formal solutions resting on large central pillars, explored for the 1967 competition for a concert hall between Náměstí Republiky and V Celnici, the Machonin couple demonstrate a deep knowledge of international trends with the department store project and a strong sensitivity in juggling in the delicate context of the square.

The breakdown of the enormous volume into a juxtaposition of ‘floating’ hexagonal prisms displays proof of the expertise of the Machonins. This honeycomb configuration takes full advantage of the irregularity of the precious lot, waits for the functional programs requested by the investor and, at the same time, modulates the imposing volume without revealing its real dimensions and without looming over the square. Literally at the heart of this modular solution, are prefabricated reinforced concrete columns from which six struts radiate in support of the floors which combine structural sincerity and interior flexibility, containing the total height of the building within that of the surrounding buildings. Large current windows and a dark anodized aluminum ‘skin’ envelop the sober and captivating, armored and mimetic volume, projected to the future. Three slender concrete towers counterbalance it while they seem to delimit its potentially infinite modular expansion.

The unprecedented and courageous solutions at stake place this friendly armored giant at the crossroads of Czechoslovakian and international brutalism, with some carefully studied functionalist echoes. An explosive combination difficult to ascribe to a precise current, entirely the result of the free inspiration and creative genius of Machonins.

The resolute elegance of this black pearl of Czech architecture leads, once again, to reflect upon on the dividing fate of brutalist buildings, bold products of an era whose troubled memory has repercussions on their destiny. The recent demolitions have revived the controversial and never dormant debate on the representation of the progressive values inherent in their forms, deepened by the retrospective “Nebourat! Podoby brutalismu v Praze”, (No Demolitions! Forms of Brutalism in Prague), currently underway at the Národní galerie (Veletržní palác, until 6 September). Spatial, compositional and inspiring values that in the face of the majestic and composed arcane harmony of the Kotva department store, recently acquired by the Italian group Generali, do not seem to be questioned. 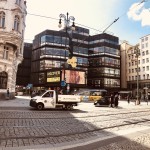 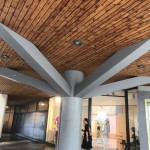 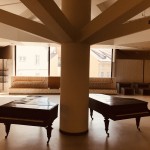 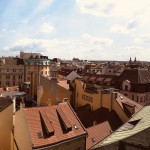