The Czech paradise with its shades and the Brexit burden

The economy of the Czech Republic continues to grow despite a substantial slowdown. There is concern over the lack of manpower and the weakness of the crown. Large-scale enterprises want the adoption of the euro but the central Bank and the government are slowing down the process

It is one of the most stable and active economies in Europe, with low levels of unemployment, a textbook example of budget-deficit and other macroeconomic indicators, including a good logistics infrastructure, an excellent place where to invest, a weak crown that is kept intentionally low so as to encourage foreign investments and exports, and a euro that is kept at a safe distance – so as not to create anxiety to these investments.

The Czech Republic is all of this and much more. But within this ideal picture – which has led some observers to consider the Czech Republic as a new “Eldorado of Europe” – there are already a few perilous variables that could eventually become uncontrollable. Quite concerning, for example, is the lack of manpower, the continuing devaluation of the local currency, and obviously, the effects caused by Brexit.

The decision made by 17 million Britons will, undoubtedly, have its consequences on the excellent performance of the Czech economy. This year, for example, they had already forecast that the growth of GDP would pass from 4.2% in 2015 to 2.4-2.5. A significant drop that might get worse due to the effects of Brexit. However, just a few tenths of a percentage point and nothing more, according to an analysis published by the ČTK news agency, but which is still a decrease. Furthermore, among the consequences that may arise from the exit of Great Britain from the European Union, there is the possibility that the Czech National Bank might decide to shift – from 2017 to 2018 – the end of the crown devaluation regime. It is precisely this strategy that has helped to bring about an increase in exports between 400 and 500 billion crowns since November 2013 (the date of its introduction), and that is now beginning to show signs of fatigue. And to provoke further debate is also the statement made by president Miloš Zeman, that it is a “good instrument for short-term solutions but, that do not have great chances for future success” and that tend in the long-term to make growth of the economy rather sluggish.

“Inflation will drop temporarily towards zero (0.1% in May), due to a further reduction in prices and a slowdown of inflation itself – explained Petr Král, Deputy Executive Director for the Monetary Policy Department of Česká národní Banka. But at the end of the year, it will start growing again, reaching its target in the second and third quarter of 2017. The exchange rate may be used as an instrument of monetary policy until mid 2017. The Central Bank is ready to modify its strategy if a systematic reduction in inflation were to take place which has repercussions on wages”.

A number doubts regarding this political policy have been expressed by the International Monetary Fund in its annual report on the Country, and though it highlighted the “amazing economic performance achieved”, it added that the authorities should “withstand the pressures for a reduction in taxation and increase spending in view of next year’s elections”. Furthermore, according to the IMF, for the “limits to the exchange rate, introduced as a temporary and additional measure to reach inflation levels” the central Bank “should prepare for a possible exit” from the mechanism. 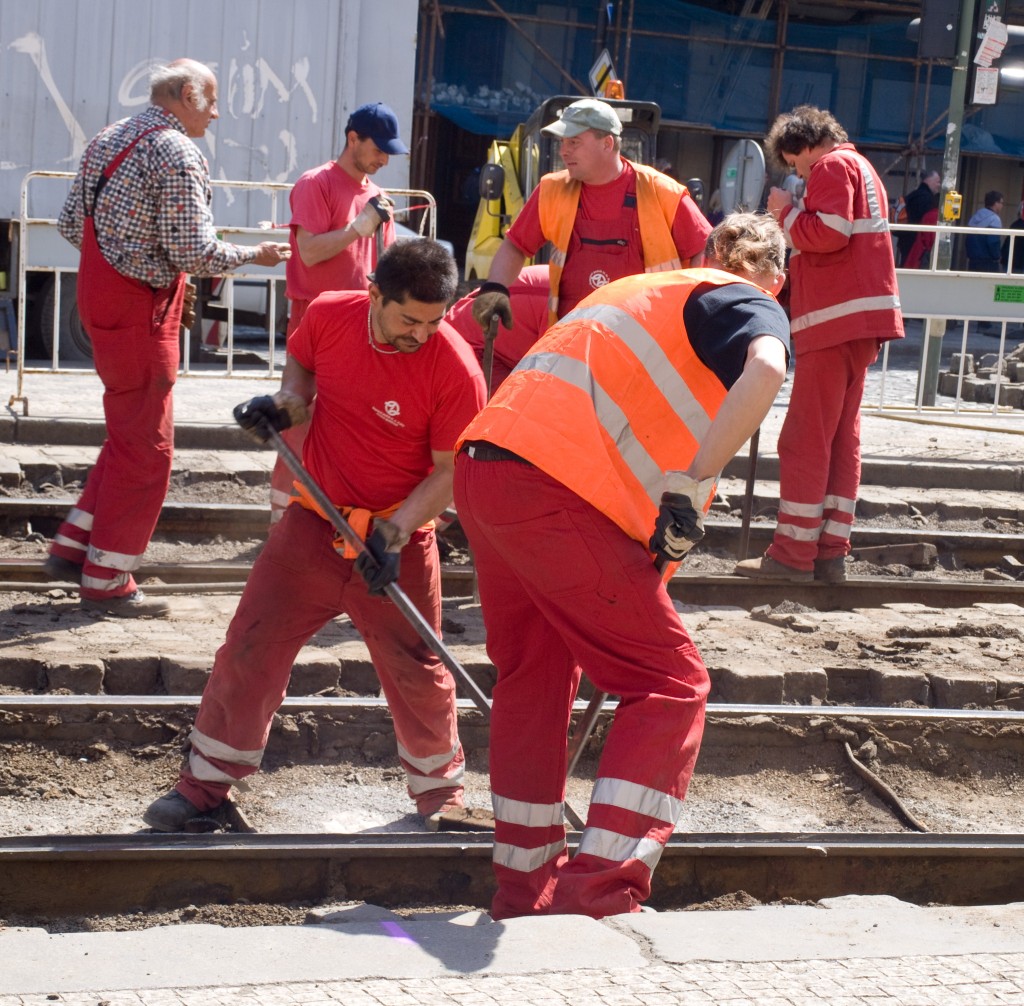 The report also praised the Czech banking system for being “stable” and “able to respond to monetary shocks”. But another Achilles heel to its economy, according to the Fund – and also according to most analysts and many investors – is the lack of manpower, which is becoming the real “obstacle element”. The vice president of the Association of exporters, Otto Daněk, has announced pressures on the government to facilitate the arrival of workers from Ukraine and Belarus. The risk is for companies not being able to respect the time required to complete their contracts and then having to pay heavy penalties, thus ruining their reputation. It has been estimated that in Czechia there is a shortage of thousands of IT specialists and programmers, 70,000 manual workers and thousands of university graduates in mechanical and electrical engineering and chemistry, as well as experts of the textile sector.

Today, in the Czech labour market, there are over 117,000 vacant jobs, which is quite remarkable. According to the Czech Manufacturers’ Association and Česká národní Banka, more than a third of operators believe that the labour shortage issue is expected to get worse. And if the Czech Republic is to remains the most attractive investment destination, especially for those from Germany, the shortage of workers is creating great concern and will have an effect on GDP.

The two issues, GDP and labour shortage, did not go unnoticed even by the economists from the Organization for cooperation and economic development (OECD), who reported that the Czech Republic’s economy is now starting to show signs of sluggishness and is slowing down. The more the Czech Republic tries to get close to Western Europe, the less effective become the reforms of the national pension system and the administrative machine, thus the general request is to focus on labour productivity: Prague is not even keeping up with wage increases or the standard of living of its neighbouring Slovakia and Austria. Even worse is the comparison with Romania, Latvia, Lithuania and Poland. “We want our workers to earn more, but it is essential that they should be more skilled and qualified”, explained Secretary General Gurria, stressing the fact that any increase in salaries must not be done to the detriment of competitiveness.

Speaking of the Czech economy, we cannot leave out the burden and delight of investors: the euro. Sixty percent of Czech companies are now in favour of the adoption of the single currency, according to a survey conducted by the Czech Republic Chamber of Commerce (Hospodářská komora Čr), involving 600 industrial operators. Those against it were about a third, especially among small businesses with less than ten employees. In this category, in fact, those against it were more than 50%. On the opposite side, among the pro-euro supporters, we have the big companies and exporters. But the government has not yet decided on a date for its possible adoption. After the outcome of the referendum in Britain and collapse of markets, it is likely that it will put off its decision even further. “The adoption of the euro is first of all a political decision – stated Král – but a decision should also take into account the economic analyzes that is done annually by the Central Bank and the Ministry of Finance. Prague is prepared, but not sufficiently to comply with the ERM II criteria. The internal fiscal situation is thus no longer an obstacle to meet the Maastricht criteria, but the medium-term objectives (the structural deficit of public finances under 1% of GDP) have to be achieved on a sound basis. Thus, the predominant factors seem to be connected to the non-alignment with the Eurozone. It is also important to take into account the number of issues that are affecting the single currency market: the situation of the euro cannot be defined as being sufficiently stable. For the above reasons, Česká národní Banka and the Ministry of Finance have advised against setting a date for the adoption of the euro and entering the ERM in 2016”.

An even more stringent argument is whether – from now on – we have to deal with a struggling EU and also with an unstable eurozone. Great Britain is one of the main destination countries for Czech exports. Although analysts do not admit they are particularly concerned, producers of cars and components are quite likely be affected. Cars and components make up nearly two-thirds of Czech exports into Britain. For Škoda Auto it is the fourth largest market. Last year, it exported 74,900 cars, a thousand more than those sold in the Czech Republic. Companies such as Vauxhall (Opel), Mini, Land Rover, Jaguar and also Rolls-Royce buy components from Czech producers. The Czech confederation of Industry and Transport has commented the Brexit result as “bad news for European and Czech business, that will have profound effects on the same principles which govern the functioning of the European Union, thus giving rise to a period of unpredictability and insecurity”. At political level, the number of comments have been more cautious: “The exit of the United Kingdom from the EU does not mean the end of the world, nor the end of the EU”, remarked Prime Minister Bohuslav Sobotka, on the spur of the moment, but requesting “a more flexible and less bureaucratic EU”. The imperative for all of us is to wait and see what happens. 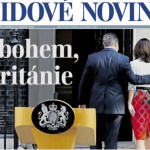 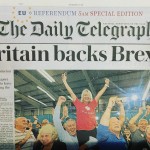 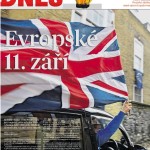 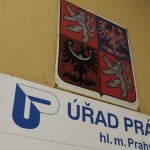 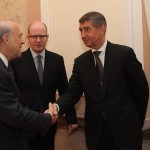