The return of two-faced Janus 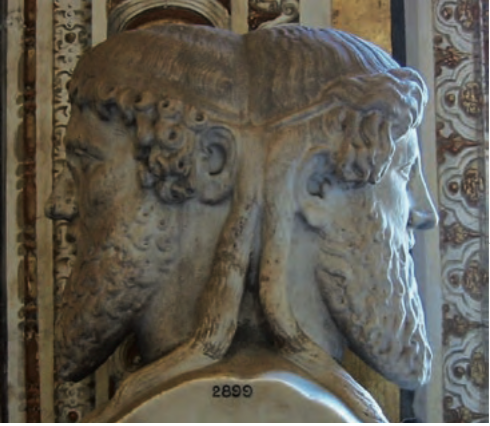 The European Council on 9th December took a decisive step for the fate of the European Union and not just for the Euro. By now, no one can deny that a failure of the single currency would be a defeat for the entire integration process. Yet, even in this unprecedented emergency situation, political divisions and partisan interests hinder any effective common action. The Czech Republic stands out for its critical positions and resistance towards integration. President Vaclav Klaus has dismissed the results of the Brussels summit as being “pragmatic”, and urged the government to take time in deciding whether to accept its decisions. The Euro project, in the opinion of the Czech head of state, is “a wrong project, whose price will continue to grow in the future” and predicting a sure end to the single currency, he has offered to deal with its “liquidation” on the basis of his long experience, acquired during the Czechoslovak single currency transition to the current Czech crown. But, if we can say that we have a liking and are accustomed to the hyperboles and provocations of Klaus, who is now considered a champion of Euro-scepticism, joint reactions of distrust towards Europe by other Czech politicians has proved to be somewhat surprising. Prime Minister Petr Necas, in fact, initially said that Prague will need time to reflect, and that it will be up to the government to decide, while personally, he does not appreciate adhesion to the plan resulting from the Brussels summit – as if the government would decide without taking into consideration the position of its Premier.
The fact is that Prague has officially accepted to adhere to the road map agreed upon in Brussels, which expects to achieve (by March) a form of intergovernmental pact on reinforced fiscal policies – the so-called fiscal union – and include, rules and procedures in the new system, to ensure greater stability, starting from the obligation of a balanced budget, that will have to be complied with and form part of the regulations of each Member State. In addition to these new rules, Member States are required to contribute 200 billion Euros to the International Monetary Fund, to ensure the necessary resources to address the crisis. It is this point that has particularly ignited Czech opposition, even if for Foreign Minister Karel Schwarzenberg there is no other choice and Prague in the end will pay its share to the IMF.

Of course, Prague has asked for time to consult its parliament, but has accepted, just as Sweden which – while maintaining its own monetary policy and having its accounts in good order, is in favour of budgetary rigor and discipline. Although the majority of the population in Stockholm is not in favour of the Euro – for this reason the government has reserved the right to subject this issue to a parliamentary procedure. Different is the situation of Hungary, whose Prime Minister Victor Orban, strongly opposed the measures initially, but then changed his decision, for fear of a downfall at home, and fell into line with countries that expressed a “reserved yes”.

The only real “no” was that of Great Britain- which is not too surprising: the contribution of London towards integration has always been characterized by a position of distinction with other states and had at its climax that of “constructive abstention”. The reasons are numerous, but generally derive from fear of remaining isolated from the rest of Europe, though maintaining a special relationship with the United States, with Atlantic relations considered as preferential.

As for Prague, the impression is that once more, we are witnessing a double-sided policy: an exterior one, that even if with different timings and methods, conforms to the rules of the Union and an internal one for aimed at that part of the public which mistrusts imposed conditions from outside and that tend to favour simplistic positions, just to maintain electoral support. Nothing new: already when the treaty of Lisbon came into force, by delaying the ratification, Klaus had been able, in international circles, to gain a level of consideration that was not justified by Prague’s standing at the time – and played at home, the role of defender of Czech autonomy against the Brussels invader.

Without expressing any judgements on the seriousness of this attitude, we have to remind the Czechs that Europe – and the single market – have brought enormous advantages: 23 billion Euros of EU funds available until 2013, free circulation of goods, the abolition of border customs, just to name a few. Or, we should remind them that 70% of Czech GDP derives from exports, mostly to the Eurozone – and that failure of the Euro would be just like the bankruptcy of a main customer – for an enterprise.

This time, we cannot play with fire, because the risk is that of getting burnt. Even the British have understood this: not even the fact that the adoption of stricter rules would undermine the economic interests of the City, has served to unite the country against Europe and Cameron’s decision is also jeopardizing the government coalition with the Liberal Democrats.
Finally, if it is true that the Czech Republic is stable and has good fundamentals, it is also true that the crisis is global. Who can bet that one day it won’t be Prague itself that needs to be saved?