Home  »  Art and culture   »   The viaduct and the superstar engineer

The viaduct and the superstar engineer

History of Negrelli’s bridge, the second oldest one in Prague, and its creator, the most famous engineer of the Empire

Architecture “is the immovable scene of human actions”, stated Aldo Rossi. Impassive, the Negrelli viaduct is a familiar presence for the people in Prague. A discreet but friendly background for those “feelings of generations, public events, private tragedies, new and ancient facts” of Rossian memory.

Unlike other “immovable scenes” which by their nature yearn to catch the eye between streets and squares, disputing over a fleeting glance and yearning to be remembered, the viaduct rests quietly and safely at the foot of the Vítkov hill, running towards the waters of the Vltava to the North.

Rhythmical and cadenced, it accompanies the passer-by through the Karlín blocks beyond Štvanice Island, to Bubny – the Western part of today’s Holešovice, measuring and observing the passage, now drenched by Praguians and tourists whose lives run alongside and through its massive sandstone stacks.

Although quite recent, the city’s experience in bridges is impressive. From the most famous Charles Bridge – operational since 1402 replacing the Judith bridge destroyed sixty years before in a flood, to the new Trojský – a bowstring bridge open to traffic in October 2014, there are almost twenty of them to mention. However, until the mid-nineteenth century, it was not an easy thing to cross the Vltava as it is today. In fact, in addition to Charles Bridge, only Franzensbrücke – unveiled in 1841 – connected the riverbanks. Following the latter’s replacement by Legií Bridge in 1901, the railway viaduct built by Negrelli between 1846 and 1850 can pride itself to be nowadays the second oldest bridge in the city, preceded only by Charles Bridge.

Despite the diverse competition – magical, monumental or technological – the heroic and severe viaduct of Negrelli has a special role in the urban landscape and in the life of the city, enough to leave an imprint on a great tourist. Indeed, Apollinaire recalls in his “Le Passant de Prague” how much “he was fond of the Karlín viaduct”, near which he had probably stayed during the days spent in Prague. Perhaps, being part of that portion of tissue emerged around it gives the viaduct the role of a silent confidant, always willing to listen to the thoughts of those who walk along the streets of Karlín or walk across it entering or leaving the city.

Being the second oldest bridge in Prague is not its only virtue; in fact, it is also the oldest railway bridge on the entire Vltava course. Moreover, at the time of its construction, it boasted the record length at European level, unsurpassed until 1910. Nowadays, it maintains its supremacy on the national level. Its eighty-seven arches cover a distance of one thousand and one hundred eleven meters, of which just over a fifth is used to cross the river.

Being a required component to complete the first Imperial-Regia railway line Nördliche Staatsbahn Olomouc – Prague – Dresden, the viaduct was finalized by the Klein and Vojtěch Lanna brothers for one million and a half florins. Due to over three thousand workers – many of them Italian – and to innovative cranes and steam pumps, the structure became operational on June 1, 1850, after four years of works.

Judging by its size and the resources employed, the construction was unusual. At the time of its construction, it was considered to remind of its illustrious predecessors of ancient Rome. Sandstone, granite and cast iron were not usually used for works of this type, being mostly still entrusted to pylons and decks that mainly used wood.

The astute foresight of the engineer Alois Negrelli led to the exceptionally robust construction. Since the beginning, the decks foresaw a transit of convoys decidedly heavier than those in the mid-nineteenth century were. The sizing of the arches and the stability of the piles seemed equally not to fear even the millennial Vltava floods, as they demonstrated during the wave that hit the city during August 2002.

Briefly, an unusual solidity for a railway viaduct which, at that time, imposed the strategic positioning of two mine chambers of around 130 kilograms of explosives each, ready to sever it should it have fallen irretrievably in the hands of the enemy.

On the other hand, during those years, Negrelli – a true dominus of the operation – was the most famous engineer in the Empire and boasted with works beyond the borders of his beloved Austrian Vaterland. The railway started its lively development ready to transform the features of Europe. In that constantly evolving scenario, the engineer from Trento – of a Genoese father and a German mother – was establishing himself as a true leading figure. We almost cannot count his pioneering works – not only railways – that due to his technical capabilities and flexibility to face the most severe challenges were spread over the imperial territory, Liechtenstein and the northeastern cantons of Switzerland.

Finalizing the viaduct works coincides with the peak of his success. One hundred forty-one days after it became operational, the emperor Franz Joseph would sign in fact the knighthood of Negrelli. Being aware that the inclusion in the Austrian nobility was due to his technical successes registered with the Ferdinandea del Lombardo Veneto railways, the same Negrelli asked to be included with the title of “von Moldelbe”, since his “pride as an engineer” was based on the projects between Vltava (Moldau) and Labe (Elbe). In addition to the countless railway infrastructures between the valleys of the two great Bohemian rivers, Negrelli also designed a navigable canal that connected the waters of the two rivers. The canal was not finalized.

As a twist of faith, the Chief Engineer did not make it in time to see the canal that has definitely made it in history: the Suez Canal. Negrelli worked for over twenty years on the Suez project that would allow the direct navigation between the Mediterranean and the Indian Ocean without needing to circumnavigate Africa. However, he would only witness the opening of the works of this epochal infrastructure that kept him so involved over the years. The bridge over the Vltava commemorates him still by bearing his name, being positioned as second in his career after the Suez Herculean work of “geographic dimensions”.

The viaduct depicted in engravings and paintings that cuts through the countryside of Karlín crossing Prague, found itself immersed in the urban fabric that gradually developed around it, assimilating it. This has certainly transformed the viaduct in a familiar presence, being culturally melted in the landscape and the life of the city that, however, has pragmatically taken advantage of it. Many small parasitic facades, different one from another, cover the bridge’s archways – almost completely at times – to make space for warehouses, garages, small crafting activities and microbreweries that find shelter under its sturdy arches. This progressive regulated and spontaneous usage has inevitably given rise to discontent and controversy.

For about six years now, the NGO Center for Central European Architecture has been focusing on the viaduct, trying alongside high institutional and private partners to increase the role of this major construction in the city life. With international support, this project hopes that, following the ongoing restoration works of Sudop, in partnership with the British Mott MacDonald, the Negrelli would become a cultural and commercial revitalization tool of this particular area, occupying a central position in this part of the city. 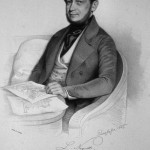 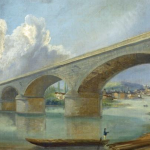 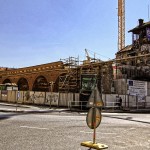