In 1967, Cardinal Beran flew to the Sardinian island to pray at the memorial, where lie the remains of his brother and thousands of Austro-Hungarian prisoners killed by cholera in 1915-1916

Asinara, the far north-western strip of Sardinia, unfolds from Cape Falcone, on the mother island, a narrow stretch of sea with a patch of land at its heart, the Isola Piana island. Narrow, long and arched, Asinara, with its 52 square kilometers, protects the wide gulf that bears its name. This is the kingdom dominated by the mistral, the wind that rises from French waters, in the Gulf of Lion, and often scourges the Sardinian coasts with the most violent storms in the Mediterranean.

Seen from Porto Torres, the city in the middle of the gulf, Asinara seems to form a unity with Sardinia. In fact, it’s very close geographically but, at the same time, it has been distant for a long time due to its inaccessibility, like a remote Pacific isle. Cayenne of the Mediterranean, Devil’s Island… it bore many names because in 1885 the new Kingdom of Italy expropriated it to shepherds and fishermen to transform it in an agricultural penal colony and a maritime sanitary station. A place of punishment for prisoners detained for serious crimes and a place of hardship for crews and passengers of ships in sanitary quarantine, Asinara gained this way a terrible fame and disappeared from civil life. For the inhabitants of the Gulf, its outline on the horizon was the representation of a non-existent place, almost a theater backstage. The creation of the National Park (January 1, 1998) was unimaginable. 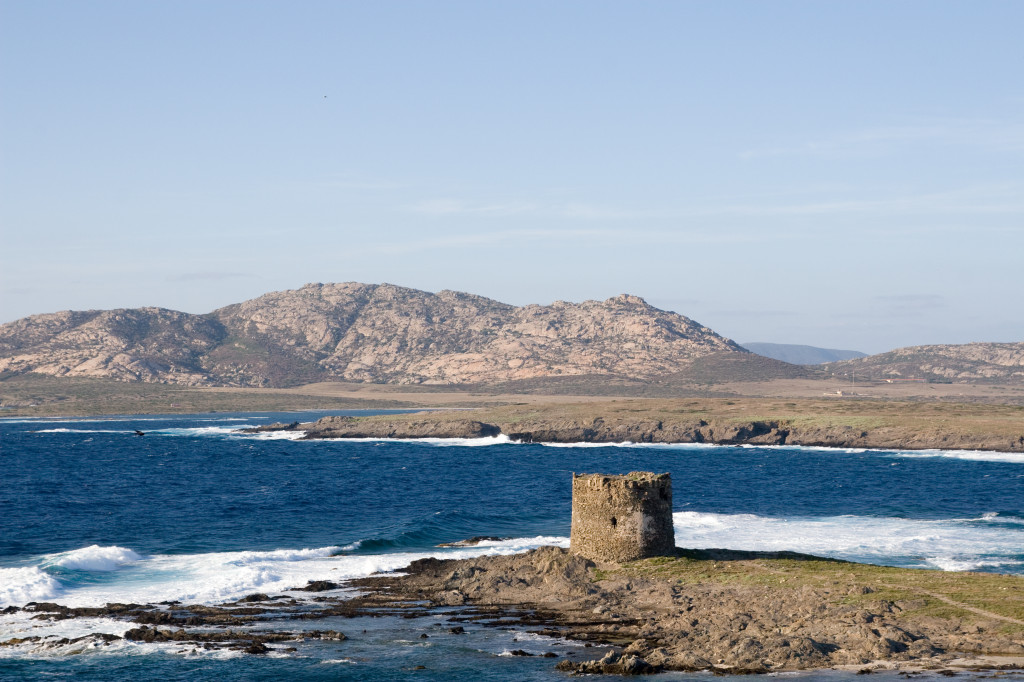 On one late winter morning, in 1967, I was headed precisely towards this “mysterious” island on board of a slow boat that periodically brought supplies to the penal colony. As a young journalist – I was 24 years old at the time – at the “La Nuova Sardegna” newspaper in Sassari, I had been commissioned to follow up on a short trip to Asinara of the Czechoslovak Cardinal Josef Beran, who was expected to arrive from Vatican to pray at the tomb of his brother Slavoj, who died very young at the beginning of the First World War.

The flat, gray sea like a steel blade reflected the same color as the sky. The spring was still too shy to discourage the old winter. While approaching our destination, Asinara seemed dark, hostile, and covered almost the entire horizon with a series of heights dominated by the Scomunica peak. For my first arrival, it welcomed me with a sad guise and I thought it was the most suitable image for a meeting in a cemetery with thousands of dead. I have gathered the first news about this shocking massacre from the two priests accompanying me. Beran’s visit was a completely private one, I would say secret, and at his behest the archbishop didn’t leave Sassari. Therefore, the Church was represented by two simple priests. Don Musina had been my religion teacher and in his capacity as chaplain of the penal colony he proven himself to be a valuable source of information for a young journalist who at that time couldn’t rely on the Internet universe.

In 1914, at the beginning of the First World War – arisen from the assassination of the Austrian Archduke Franz Ferdinand in Sarajevo – the Austro-Hungarian army invaded Serbia, which managed initially to resist. In October 1915, the situation escalated as Bulgaria entered the war and attacked from the south. In the meantime, the Austrians conquered the capital Belgrade, as well. On November 25, what was left of the Serbian army headed for the already snowed on mountains of Albania to reach the Adriatic, where the ships of the Italian navy and its allies were waiting. Three hundred thousand Serbs, including soldiers and civilians, and 25,000 Austro-Hungarian prisoners crossed in column the high-altitude mountain passes, paying tribute to hundreds of dead. Salvation came in port Valona. The Serbs were soon taken to Corfu and other Greek islands. Already exhausted, the prisoners were stepping into another ordeal. Their destination was a distant island that nobody heard of: Asinara. Pages of history lost in oblivion.

On December 18, the liners “Dante Alighieri” and “America” with 3,700 Austro-Hungarian prisoners descended in the bay of Cala Reale. During the transport “only” ten deaths were reported. These were the first ships of a fleet that in a few days disembarked thousands of hopeless souls.

On Christmas, precisely on the 24th, 25th and 27th, other three liners docked in the island’s waters. The “Valparaiso”, the “Duke of Genoa” and the “King Vittorio” had 5,000 prisoners on board, decimated by cholera. Asinara lodged a maritime sanitary station, but it was absolutely unprepared to face an emergency of that proportion. While the penal colony committed itself to supply food, the prefecture and army mobilized in Sassari. Meanwhile, the liners were distancing themselves momentarily to drop the bodies of the deceased offshore.

In a few days, the first camps were set-up and the prisoners debarked. But the dock of a departing ship was immediately being occupied by another liner. The “Natal”, the “Indiana”, the “Sinai”, the “Armenia”, the “Regina Elena” came in rapid succession. In early January, the number of prisoners had risen to 18,000. The bodies of the first 1.270 dead were buried in a mass grave. The spreading of the cholera through all the camps scattered on the island and the conditions of extreme physical and mental degradation of people reduced to skeletons, had created an almost unmanageable situation. Surprisingly, within a couple of months the critical phase was overcome and, in April, the epidemic ceased. The military command had also endeavored to restore dignity to prisoners, favoring their commitment in maintenance work or personal initiatives. The “alpine” style church they built still exists today. In June and July, 24,000 men left Asinara heading for France. The bodies of 5,700 soldiers remained on the island. In 1936, the remains of all the soldiers were exhumed and collected in a large memorial built on a small hill in Campo Perdu, an area that shelters one of the prison facilities existing on the island. 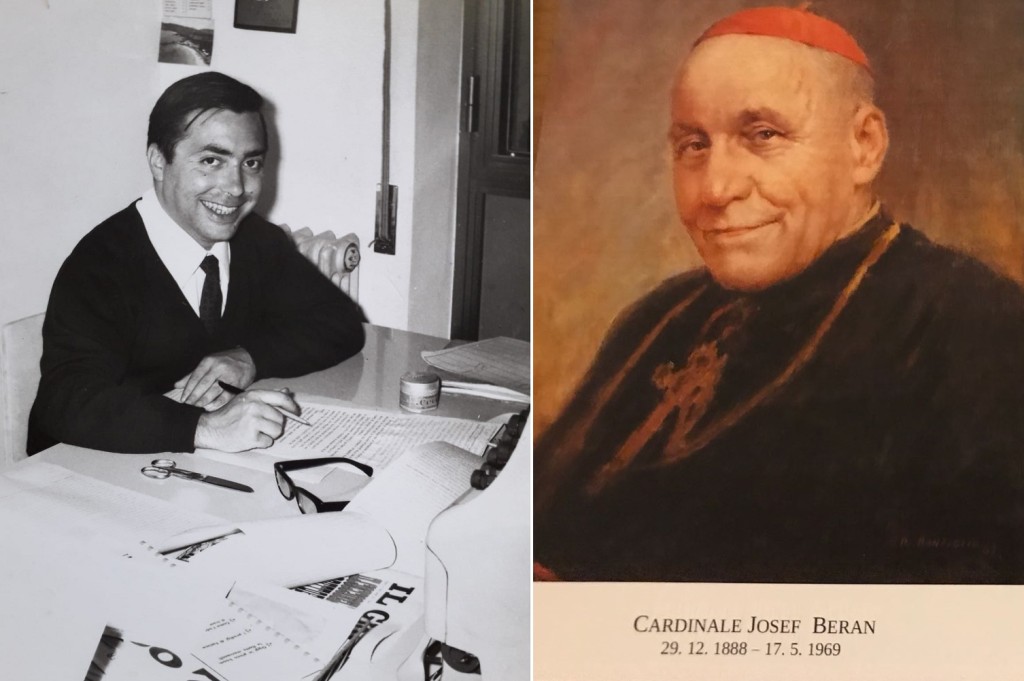 This was the destination of Josef Beran. The former archbishop of Prague had been living in exile in Vatican since 1965, when Pope Paul VI named him Cardinal. The events that troubled the life of this Bohemian priest impressed an entire world. In 1942, he was deported to the Dachau concentration camp by the Nazis – who annexed part of Czechoslovakia to Germany – until the arrival of the Allies. In 1946, Pope Pius XII named him archbishop of Prague and primate of the Czechoslovak Church. The period of serenity was brief. In 1948, the communists gained power and canceled all activities not in harmony with the regime. The Church was reduced to silence and Beran was locked up in total isolation in several residences far away from the capital. Finally – after prolonged negotiations with Vatican – the archbishop was allowed to participate in the Vatican Council in 1965 but his return home was forbidden.

The Cala Reale pier was only a few meters away and the docking maneuvers were already underway. Soon, I would have approached this extraordinary man who led an extremely reserved life in Rome. On the pier, a car from the prison administration was waiting for us to make the transfer to Campo Perdu, a few kilometers away. The coastal road skimmed beaches and rocky bays washed by blue and green waters, colors that not even the murkiness of the day could destroy. Sheep grazing in the fields, a few horses and far, on the rocks, goats and mouflons. Among the bushes, half-hidden like ghosts, the prisoners in semi-freedom who would return to their cells at sunset.

When the memorial was in sight, we heard the distant roar of a powerful engine. The military helicopter transporting the cardinal was but a dot on the horizon on the south, towards the nearby Alghero airport. Then, he overflew us and headed towards Cala d’Oliva, the only village on the island, and Punta Scorno, the last rock signaled by a giant lighthouse. The pilot wanted to show the old cardinal a quick panorama of the entire Asinara. Everything had been planned for a quick visit. The only journalist, coincidentally informed, was me.

The helicopter landed in a wide clearing, without raising dust from the winter rain dampened ground. The deafening noise broke for a few minutes the millennial silence of the island, putting on the run even the wild boars awakened from their daytime sleep.

The director of the Colony and a picket of guards presented their honors to the cardinal, who immediately got into a car to reach the nearby memorial. Along with several off-duty guards and some civilians, we were waiting for him at the foot of the hill. I immediately noticed that he was not tall and I thought: he is short like the Sardinians. Beran greeted us lifting one hand and, on his own, he walked the little path leading to the great chapel. He prayed at length, kneeled in front of the tiny altar surrounded by the tall cases that shelter thousands of skulls. He spoke to his brother and his voice was joined by the choir of the young people’s souls who, instead of salvation, died on this island far from their homeland. Before leaving he thanked us all and said goodbye, one by one.

When he squeezed my hand, I saw courage, determination and an absolute serenity in his clear eyes. The gaze of heroes and saints. 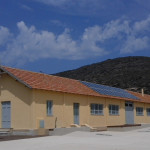 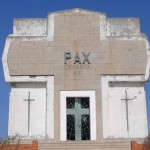 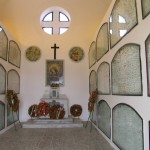