Home  »  Prague and surroundings   »   Passion, curiosity and adaptability are essential in diplomacy

Passion, curiosity and adaptability are essential in diplomacy

Interview with the Italian Ambassador, Francesco Saverio Nisio: “I returned to Prague with enthusiasm. Completing my career here gives me a sense of fulfillment connected to the circularity of events”.

It’s difficult to imagine a person like Ambassador Francesco Saverio Nisio, with his innate ability to manage social and interpersonal relations, in a different role than a diplomat. The example might seem trivial, but it’s enough to observe, during the receptions at the Embassy, the mastery with which he manages to devote himself – with a question, a simple jest or perhaps offering a glass of prosecco – to all the guests, in particular to those who, for shyness and embarrassment, would otherwise risk to look like a wallpaper.

He confirms this himself, receiving us for this interview in the elegant halls of the Thun-Hohenstein Palace, the prestigious headquarters of the Diplomatic Mission in Prague.

“I am not self-referential if I say that diplomacy is one of the constitutive elements of my way of being. My father was a diplomat and I have always traveled, from an early age. As a child I was watching my father, trying to penetrate his world knowing that that reality, full of charm and pitfalls would one day become my own dimension”.

If you hadn’t embarked on this career path, what do you think you would have done in life?

“If forced to do something different, I would have chosen a movement-driven work, allowing me to travel”.

It goes without saying that it is impossible to hear him express even the slightest rethinking.

A prestigious position, which many dream of, but what is the least appealing side of this career?

“The wrong perception that others have of it”. 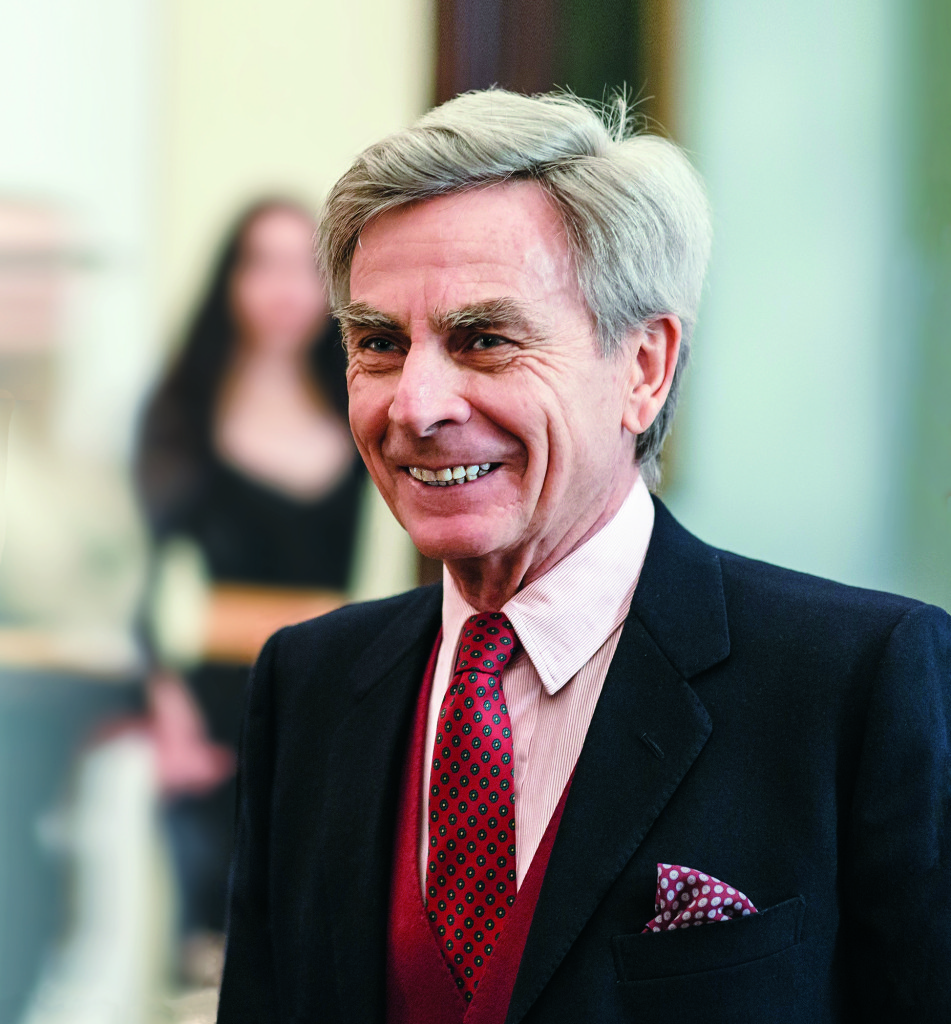 How do you enjoy to spend your leisure time?

“I improvise, depending on days and mood. I read, take a walk, talk or write to my children or friends, here in Prague I walk a lot on foot on a discovery for new views and green areas hidden behind the city walls”.

Is there a book, a movie which have particularly impressed you lately?

“The movie that impressed me the most in the last year is without doubt “Jan Palach”, by Robert Sedláček. At the beginning of the year we screened the movie at the Italian Cultural Institute on the occasion of a commemorative event promoted by the Luigi Einaudi Foundation and I was impressed by both the director’s and actors’ ability to represent the human aspects of different protagonists, to focus on the vision of the people in the dramatic context of events. Among the last books, I read with interest “The ice cream makers” by Ernest van der Kwast, an ironic and touching story having as protagonist an Italian poet, heir of an ice cream dynasty, torn between following his own artistic inclinations or the family interests”.

How did you receive the news of the new assignment in Prague, in an embassy where you have already been in the 90s, at the beginning of your career?

“With enthusiasm, as I had requested this office with the highest priority. After an experience in Cape Town, I took my first steps in diplomacy in Prague, initially as Secretary of Legation, then as Counsellor. Completing my career here gives me a sense of fulfillment connected to the circularity of events, a circle that closes returning to its points of origin, but enriched by the experiences of the entire journey”.

How do you remember Prague in the nineties? Do you feel anything missing from that period in this city and in this country?

“I miss “being thirty” from that period. In the early nineties, Prague was a gray city, still marked by the years of the communist regime, with an uncertain future to look forward to and a wealth of dormant energies to express. Human relations were very strong, but for us it wasn’t easy to guide ourselves in the new reality, everything was in a constant change, from the toponymy of the streets to the location of offices and shops. Prague won its bet and the cosmopolitan city that we can admire today is the result of an organized and conscious growth”.

Talking about the early nineties, do you remember some Czech personalities, prominent ones, not necessarily from the political world with a particularly strong bond to Italy?

“Alexander Dubček made a remarkable impression on me, as a man attentive to the needs of his fellow citizens and as a politician able to intercept the reforming components of perestrojka in the perspective of the so called “satellite countries”. In 1988, after twenty years of forced stay in Czechoslovakia, he was allowed to go to Italy to collect the doctorate honoris causa awarded by the University of Bologna. At his return and after the Velvet Revolution, the visits in our embassy increased in number. He often came for work, but also for private matters, due to the particular friendship with the Ambassador Castellani Pastoris”.

Nowadays, in hindsight, Czechoslovakia’s velvet divorce from your point of view.

“It was success for both countries. At that time, it seemed to be a leap in the dark, a potentially risky venture for the internal and external balances of the entire area. Nowadays, Prague and Bratislava are two capitals perfectly integrated in the European economic and political fabric, each with its own identity that draws strength and nourishment from the long centuries of common history”.

The Italian community in Prague. How did you see it changed twenty years later?

“In the early nineties the Italian presence in Prague didn’t have well-defined features. Entrepreneurs, retailers and simple tourists with sedentary ambitions were mixing up with businessmen and adventurers of various kinds. Today, that magmatic and often indistinct flow has been overcome. The business community established the Italian-Czech Chamber of Commerce which is a flagship for our country and enjoys a high appreciation, even from the Czech side. Italy knew how to shape itself gradually, also due to the support of the Embassy and the Italian Cultural Institute, a central role in all fields. From clinical and scientific research to the academic world, from design to fashion, going by the culinary, aerospace technologies, music and applied arts, mechanics, tourism industry and whatever else, our Country managed to renew and strengthen the centuries-old relationship of collaboration and friendship that bind it to Prague”.

Generally, it is said that the bilateral relations between Italy and Czech Republic are optimal. I am asking you though, is there any area where additional input might be necessary?

“The last few years have actually seen a clear deepening of bilateral relations, on commercial and cultural levels as well as in terms of mobility between the two countries. A trend that invariably reflected also in a denser agenda of contacts at institutional level. What I notice is that the more the bilateral relations enrich themselves with elements and exchange opportunities, the more unexplored fields and possibilities emerge to work towards bringing Italy and Czech Republic even closer. Therefore, I wouldn’t say that there is a particular sector below its potential, beyond the physiological differences that naturally exist between the two countries. It is our duty to try to smoothen these out, but we are all aware that being friends sometimes requires some straightforward talking.

You spent so many years abroad. Leaving Prague aside, which is the duty station that you gladly remember and the figure you were most impressed by?

“I gladly remember all my workplaces. Each one of them gave me the opportunity to deepen ever new aspects of my profession and myself, coming into contact with distant and fascinating customs and traditions. Like all nomads, I am convinced that every place you stop is worth living in.

As for the second part of the question, Nelson Mandela is the person who impressed me the most, ever. Despite the sufferings and the troubles he went through over a lifetime, he was completely oriented towards understanding, tolerance and forgiveness”.

More than thirty years of diplomacy. How has the work of the Embassies changed in this period, generally, and what news are expected in the future?

“As technological innovations increased speed and the ease of communication, even diplomacy became faster and progressively able to react to current events in real time, and to translate the indications coming from the Capital into actions on the ground. Moreover, if international relations were the exclusive domain of the diplomatic circuit until a few decades ago, today we are witnessing the presence of various actors, institutional or not, on the international arena, who interact on a technical level directly with their counterparts, bilaterally and multilaterally. For the last 50 years, the process of European integration continued, greatly influencing the work of EU Embassies, like this one in Prague. Therefore, on one side, distances and timelines have been reduced, to the benefit of “productivity”, if we want to use an industrial interpretation. On the other side, the now required speed of reaction reduces the time to devote to in-depth analysis and the development of a vision that exceeds the short term. Similarly, even the appearance of actors capable of operating internationally makes mandatory a progressive national coordination effort that guarantees the consistency of foreign policy. For the future, I expect that the intra-EU diplomacy will be increasingly rooted in the community mechanisms and that, more generally, the Embassies of the following decades will be called to strengthen the “Public Diplomacy” and to supervise the external projection of their own countries in the States of accreditation”.

What would be the first advice you would give to a young aspiring diplomat?

“Study, study and persevere. The exam to enter the diplomatic career is one of the most complex and demanding ones, also due to the prolonged physical and mental effort to which candidates are subjected, right from the pre-selection stage. For this reason, a qualified post-graduate program can be a useful tool for self-testing and filling in the inevitable gaps that will gradually come to light in dealing with such a vast and articulated program. Furthermore, failure is no reason to give up. A trained and motivated person can repeat the tests or decide to invest his/her talent in other equally rewarding career paths within the Ministry of Foreign Affairs, European institutions, the UN or other international organizations. And once inside, curiosity, adaptability and passion are essential”. 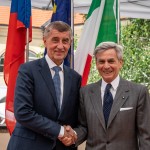 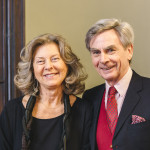 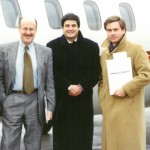