“I a tigress premier? I know how to command respect”

Interview with Iveta Radicova, first woman as head of government in a post-communist Central European country. “We have shown that even small States can express their own views and uphold them against the great European political powers. Slovakia in Brussels is an interlocutor of equal standing and not a child that deserves to be scolded.”

Iveta Radicova, the Slovakian prime minister, does not seem to mind the term used by the German newspapers: Tigress of the Tratas. “I don’t mind being called like that – she said during an interview that we were allowed to have with her. They are doing it because of the political line that my government is conducting, for the anti-corruption measures, the new rules on political transparency and public contract work and then, quite clearly, for the refusal of the loan to Greece”.
Your lack of support to giving financial aid to Greece last summer has caused great sensation. How could a country with five million inhabitants oppose a measure supported by the EU Commission and accepted by the main European capitals?
“In Brussels where I arrived for the first time three days after my nomination as premier, I immediately wanted to make it clear that Countries are not distinguished between large and small, according to the number of inhabitants, but rather for the sense of responsibility shown, for the way in which they are able to contribute to the European common heritage. In the case of Greece, helping out the banks, that had behaved recklessly, was not, according to me, a serious and solidary solution”, she points out resolutely, proudly reasserting her non support.
“We have shown that even small states may express their own positions and defend them in front of the great European political powers. During all my meetings abroad, Slovakia has been accepted as an interlocutor of equal standing; we have never been considered as a child worthy of reproach. Our position outside national boundaries has caused not only criticism, but has also received great support.”
Fifty-four years old, a sociologist by profession, leader of the (Sdku-Ds) – Slovakian Democratic and Christian Union and, since last July, head of a four-party Centre-Right coalition – Radicova is the first woman to become head of government in a post-communist Central European Country. And to reach such a position, firmness is an indispensible virtue.
“Men consider women as being too emotional and sensitive to devote themselves to politics. In order to change this state of affairs, it may happen that a woman must be even tougher and stronger because, pursuing policies which are more suited to a female character, often means being removed and excluded from important decisions. I hope, anyway, that the fact of being head of the Bratislava government, constitutes an encouragement also for other women, so that they may become more determined to enter politics”.
Radicova has had to deal with a State financial situation which is defined as “difficult”, after four years of government by her predecessor, the Social Democrat Roberto Fico. Upon taking office, she arrived with a program on which there were two main commitments: to arrest Public debt and improve Public finances, with the aim of restoring to the Slovakian economy the record growth rates achieved until the outbreak of the crisis. In 2008 Bratislava, just before the end of the last quarter, had a GDP of +8%. In 2009, it fell to -5% and, for the current year, the forecast is likely to be + 1.5%.

And now, just four months later, there are those who note an excessive amount of caution on the part of the Bratislava government. Radicova, who also held the position of Labour and Social Affairs Minister, obviously, does not underestimate the impact that extreme radical measures may have on its citizens: “Administering public affairs means taking into consideration the well-being of its people. Cuts must be applied fairly, so that they have as little effect as possible on those citizens who have less economic resources”.

After her visit to Prague, it was inevitable to talk with her also about relations between the Czech Republic and Slovakia, which have unanimously been defined as being never so good as today. “Our bilateral relations are based upon trust, friendship and collaboration. There is understanding also for our position and opinions within the European Union”.
However, according to Radicova, this does not exclude the possibility of identifying other areas between Prague and Bratislava which could lead to further steps forward, in the future . “Our mutual collaboration could be improved, for example in the Defence sector. A closer connection between some of our army units would allow both parties to save money. Also, in my opinion, energy policies deserve a closer link, with greater collaboration at the informative level” 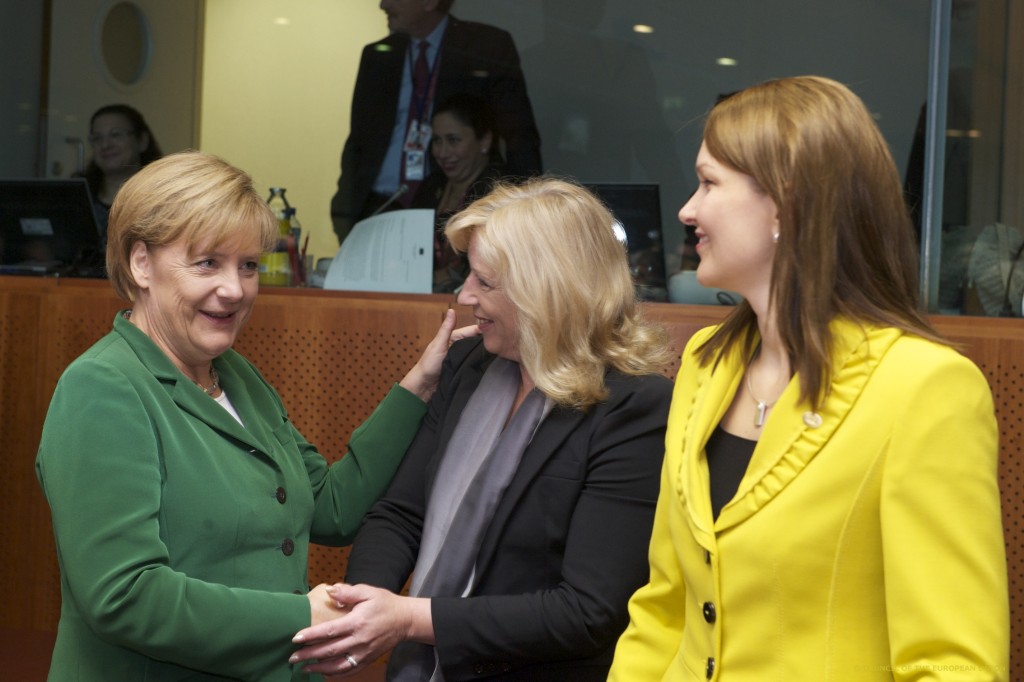 At present, the Czech Republic needs to carry out a number of structural reforms, in first place, the pensions and health reforms , which Slovakia carried out on joining the EU. Radicova has a suggestion for the Czech cousins: “They should avoid making the same mistakes that we have made. Even the Prague government has to introduce cuts which will inevitably have repercussions on ordinary citizens. But it is necessary to spread the sacrifices evenly so as to limit, as much as possible, the burden on citizens who have less financial resources and, at the same time, afford companies a stimulus for growth, in order to increase production. One must always keep in mind the impact that reforms tend to have on the life of citizens. In a few words, it is necessary to safeguard their social sustainability. Because reforms will never really work unless they are beneficial to the population”.
Twenty years ago, during the period of transition towards the partition of Czechoslovakia, Radicova fought vainly in favour of a popular referendum. “Yes, I was of the opinion that the question should have been decided on by citizens. The important thing is, however, that the partition took place in a civilized manner and that both countries have demonstrated their ability to live autonomously. Nowadays, we have friendly relations and this is what really counts”.
In the last few years, Slovakia and the Czech Republic have been the destination for large foreign investments and, at this level, a certain amount of rivalry does in fact exist. Radicova is well aware of that and does not fail to bring grist to her own mill:
“To convince a foreign investor to bet on Slovakia, I would tell him, first of all, that our Country’s manpower is less expensive compared to that of the Czech Republic. Furthermore, we have adopted the Euro, an international currency, which is a great advantage to trade and for any financial transfer operation. My government, since its mission statement, has also set as a priority, a sound and sustainable management of the State from an economic point of view. And we want to impose zero tolerance towards corruption and create more incentive measures for enterprises”.

During her stay in Prague, Radicova met the most important Czech authorities, including prime minister Petr Necas and head of state Vaclav Klaus. Referring to him and in particular to the fact that there is still no European flag flying at the Prague Castle, she remarked: “Klaus’s Euro skepticism is well known. From an economist who wishes to receive a more tangible and original approach from other countries, he looks at Brussels in a rather different manner. I prefer to consider the pros and cons of any community, therefore, also that of the European Union. Anyway, it is up to the Czech President to decide whether to fly or not to fly the flag, symbol of the European Union”.
Before leaving for Bratislava, Radicova also wanted to say goodbye to Vaclav Havel. We asked her what could be the meaning, also from a political point of view, of this meeting with the hero of the Velvet Revolution: “Havel represents for us the transition from a totalitarian regime to a democratic system. Meeting such a symbol means adhering to the values that he has pursued during his lifetime. Moreover, Havel is also a person with charisma and culture, a philosopher of great wisdom. Listening to his comments on our recent events, is in itself, an extraordinary experience.