The labyrinth of the world and the paradise of the heart

The English historian and essayist Frances Yates defined Jan Amos Komenský’s “The labyrinth of the world and the paradise of the heart” as “one of the great masterpieces of world literature”. Komenský was a theologian, pedagogue, philosopher and writer, born in an uncertain place of Moravia in 1592 and died in Amsterdam in 1670. 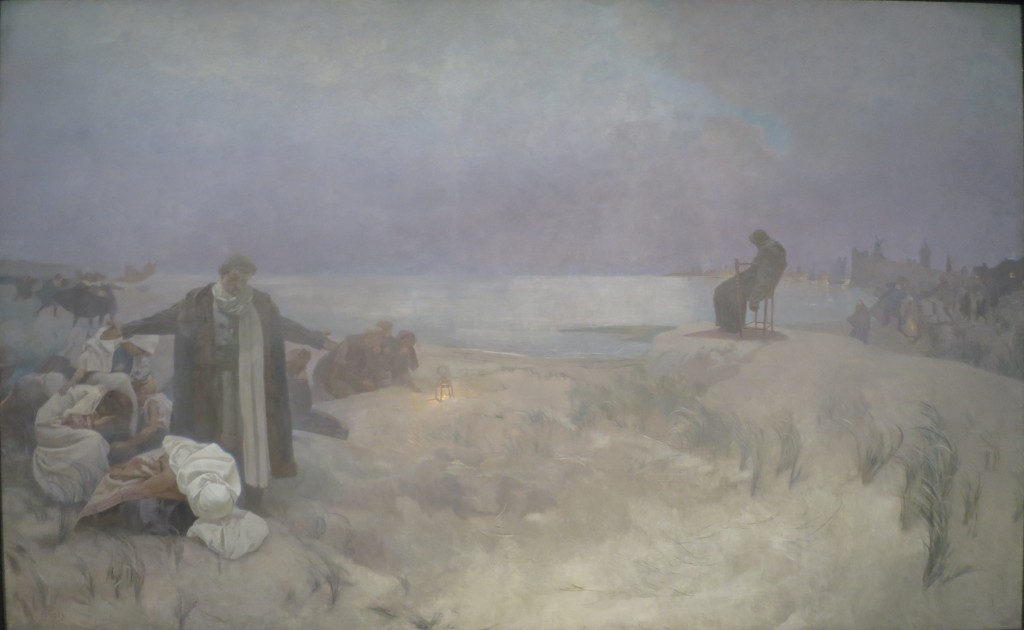 This literary work, written in Czech and published for the first time in 1631, is considered the masterpiece of Comenius and follows a pilgrim’s journey in the world using symbols and allegories. The journey is depicted as a city made of roads, squares and palaces where the protagonist meets and analyses different categories of people who live there. The journey, which also refers to the wanderings of the author across Europe while in exile from his homeland, is naturally a metaphor of the search of knowledge and truth. It will lead the main character to the understanding that the world is only deception, corruption and vanity, and that the only real possibility of salvation is to shift focus on our inner selves, our souls, and, therefore, find God and the “Supreme Good”.

The book opens up by inviting the reader to look for the Supreme Good, which inevitably involves an inner revolution and a radical change in approaching reality. Nevertheless, philosophy, science and knowledge are not enough and it is necessary to have a profound and true faith. The text of Comenius is divided into 54 chapters representing a human comedy and an initiatory path of the soul, which through the “Labyrinth of the world” – and following the realization of its horrors and its contradictions – reaches the “Paradise” of the heart, symbol of peace and happiness, the ideal condition of existence. According to Comenius, getting there is granted to all of us, if we are guided by true wisdom and truth represented by Christ and the “pansophy”, an understanding considered a universal synthesis of all knowledge. The book is a complex work that presents different levels of reading, built like an analysis of all sorts of situations, or “emblematic paintings”, through which he describes human misery, absolute confusion, the evil and the mistakes that reign in the world.

The work of the Czech philosopher has been compared to Dante’s “Divine Comedy” and to  Augustine’s “Confessions” due to the millenarian and prophetic tones, a rightful comparison as Comenius was one of the most influential and important thinkers of the seventeenth century.  Considered the founder of modern pedagogy, his thinking has profoundly influenced the European culture and is still very relevant today.

A deeply mystical spirit, Comenius believed in the necessity of a spiritual rebirth of humanity and with this work, he wanted to make a real contribution and set practical directions in taking this difficult path.

“The Labyrinth” saw the light in a very difficult historical context for Europe, torn apart at that time by religious wars. Following the Battle of the White Mountain, which decreed the conclusion of the period of prosperity and intellectual fervor that the Bohemian lands knew under Rudolf II of Habsburg, the same Comenius was forced into exile, due to his allegiance to the protestant religious community of the Unity of the Bohemian Brethren.

Besides reading “The Labyrinth” from a historical, pedagogical and religious point of view, some scholars did not overlook the possible interpretation of the text in the esoteric sense, and someone launched the hypothesis of a possible connection between the exiled Czech philosopher and the hermetic Rosicrucian order. “The Labyrinth of the world and the paradise of the heart” was, in fact, considered a book most likely linked to that spiritual revolution project and world reform promoted by the secret Rosicrucian Order which, born in Germany at the beginning of the seventeenth century, published its manifestos between 1614 and 1615. In “The Labyrinth”, Comenius proves to know perfectly the content of Rosicrucian manifestos, and it is believed that he might have been a leading figure of the secret organization whose influence extended way over the limits of the religious area. In fact, it is not by chance that the book contains an entire chapter dedicated to the fraternity. In Chapter XIII, the author describes the Rosicrucians in a very precise way. Talking about them proves a deep knowledge of the popular hermetic and kabbalistic European culture of that time.On one side, the author criticizes the Rosicrucians and their doctrine, along with other scholars and savants. Yet, on the other side, it is true that, later on, in chapter XLI, when he speaks of the “invisible church”, this seems to be organized on the same Rosicrucian model mirroring the eventually found “Reign of Christ”. Comenius was very close to the theories of the German theologian Johannes Valentinus Andrae (1586-1654) who was one of the authors of the first Rosicrucian manifesto “Fama fraternitis Rosae Crucis”. He was certainly the author of the third one, written to become a guide towards spiritual perfection and improvement of reformed Christians, but which were interpreted even and mostly from a hermetic-alchemic perspective.

“The Labyrinth” would represent the journey of the man who needs to eliminate the world from his eyes and mind, and proceed beyond illusions and habits towards the center of himself, aiming at returning to his core. This teaching is typical to many other initiatory schools that aim at the progress and spiritual evolution of the human beings. It is not by chance that the thoughts of Comenius were taken into account when reverend James Anderson, in 1723, wrote “The Constitution of Freemasons”. This is the governance document of modern English Freemasonry, whose work and ideas have had a great influence on the Western culture and society. Indeed, it is true that the Masonic philosophy and symbolism, which have much in common with the ideas of the Rosicrucians, are also rooted in the works of Jan Amos Komenský. Found in exile, he also visited England, encountering the cultural environments on which speculative masonry would be based a few decades later, in 1717.

Translated by Tomaš Kubiček, with a preface of Marta Fattori, a valuable edition for bibliophiles of “The labyrinth of the world and the paradise of the heart” was published in Italian in 2002, in the series “Biblioteca dell’utopia”, edited by Silvio Berlusconi Editore.