Jawa, a legend on two wheels

A myth-image of Czechoslovakian industry, Jawa motorcycles are starting to attract fans again 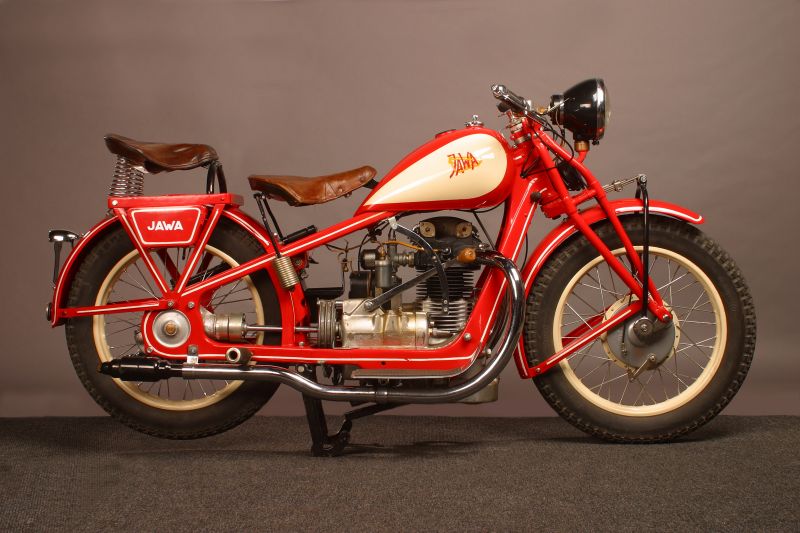 It is the Ducati of the East, an epic motorcycle of the great champions of the past. Behind the Jawa trademark, the oldest Czech motorcycle manufacturer that is still in business, there is more than just an engine or a motorbike: there is nostalgia and flair, elegance and durability. A story of dedication and genius that began in 1878, the year of the birth of its founder, František Janeček. Born in Klášter nad Dědinou, a small village in Bohemia, the future Czechoslovakian self-made man – who grew up during the last decades of the Austro-Hungarian Empire –studied the basis of mechanics at the Technical School in Prague. A brilliant student, he soon moved to Berlin to continue his studies at the College of Engineering in the German capital. After graduating, he returned to Prague and immediately started working for the industrialist Emil Kolben, general manager of the homonymous civil engineering company. Thanks to his initiative, at the age of 23 he was put in charge of a new Kolben company branch that was opened in Holland. It is in that country, following a daring bicycle accident, that he met his wife. In 1909, at the age of thirty-one, he returned to the Bohemian capital, where he began his entrepreneurial adventure as a self-employed man in a mechanical workshop. At the outbreak of World War I he left for a short period to fight on the Italian front, but soon returned to his homeland, where he developed several patents, including one of a hand grenade that still bears his name. The breakthrough came in 1927, when Janeček decided to transform an abandoned weapons factory into one for the production of motorcycles. Taking advantage of his expertise in engineering and his long experience in mass production, in 1929 he decided to take over the motorcycle division of the German company Wanderer – which had decided to stop production – so as to develop his own motorbike, based on an existing 498cc engine of the German company. The new company was called Jawa, an acronym that takes the first two letters from the surname of the founder and the other two from the brand name that provided the engine for the first model. The latter, available on the market since October 23, 1929, was the Jawa 500 OHV. A bike that had innovative features for its time, which was reproduced in later models by the Czech company: with its steel fork up to its moulded metalized tank. The commercial success of the first few years, drives the Jawa mechanics to make further improvements to the 500 OHV model: rod bearings, cylinder head, ventilation and lubrication system are redesigned and improved. The first motorbike model was outstanding for its quality and durability, but was still expensive. At the beginning of the thirties, due to the economic recession, they realized that it was necessary to develop a more practical and economical motorbike. So, in 1932, thanks to the collaboration of the British designer George William Patchett, the Jawa 175 was launched. A seventy kilo motorbike that could reach a maximum speed of 80 km/h. The first year was a success: 3,000 models were sold, three times more than the 500cc during the first three years of production. The new model only costs 4,250 crowns, which was an affordable price when you consider that most of the bikes in circulation then were sold at 7,000 or more. In 1933, this model was the most popular in Czechoslovakia and Jawa decided to stop production of the large 500 OHV model for good. These glorious early years saw the company active on all fronts, including the automotive sector. Always in 1933, Jawa began, with a licence from Dkw, the production of the model Meisterklasse F2, called Jawa 700. In 1937, the model 700 gave rise to the Java Minor l, a two cylinder, two-stroke engine with three gears. Until the outbreak of the war, almost 2,000 different versions were built. From the Minor II – the successive model – various sports versions were produced, one of which was the Aero Minor III, which took part in the 24 Hour Race of Le Mans in 1949. The smashing success of the early years, however, led to an abrupt stop during the Second World War. The factory was obliged to produce aircraft engines and generators for the Third Reich. Janeček, however, never stopped working on new models, in sight of the post-war period. He was never able to see them because he died in 1941 and left the company into the hands of his brother Karel. It is thanks to his vision if, at the end of the war, Jawa was the first company to launch a new model on the market: a two-stroke 250cc. Soon, however, the factory became nationalized by the communists – the new owners – and Karel Janeček decided to leave the country. The production continued to be important also during the years of the regime. At that time, the company had about 2,500 employees and produced about 100 thousand motorcycles a year.

Legendary models, in fact, belong to that period and were then exported all over the world, such as the Jawa 350 Californian (1967-1974), that even reached the roads of the United States of America. The same model was also popular in Europe, especially with the sidecar version. And how can we forget the victories in the World Championship, achieved by the legendary Jawa Z15 Racing, of František Šťastný, the greatest champion of Czech motorcycling.

The years passed, but Jawa fairings continued to attract people. In the late nineties, the company was divided into two: the Jawa Moto spol. s.r.o. for the road sector and the Jawa Divišov for racing. Among its best-selling and most popular models are the Jawa 125 Dakar (which took part in the Paris-Dakar Rally in 2005), the Jawa 650 Style and Jawa 350 (used by the police in various Asiatic countries).

In 2012 the Jawa market – which today employs hundreds of people and produces about 2,500 motorcycles – grew for the third consecutive year, with exports mainly to Latin America and Cuba, where there is an assembly plant. In these countries, interest in the two-stroke engine has an important driving force for the Czech company. The figures show that: last year, Jawa Motor – based in Týnec nad Sázavou and owned by the mechanical group Jihostroj Velešín –- had a total turnover of 162 million Crowns, 40 of which in the Czech Republic, five in Russia, five in other European countries and up to 112 in South America. The stated goal is to reach a turnover of 300 million within the next five years.

The great passion for the yesteryear models is so great that Jawa has planned to start producing again, for 2014, the legendary 350, whose popularity is undisputed. Currently, this model is not registered in the European Union for matters related to emissions levels, and for this reason, it will be produced in particular for the Latin America markets, Eastern Europe and Asia. Great prospects for market growth is taking place mainly in Russia, where the passion for this brand has deep roots, that go back to the times of the Soviet Union. In the countries of the former USSR, the Czech company has exported about two million motorbikes and there are many young bikers who have inherited from their parents a passion for Jawa motorbikes.

In short, it is no exaggeration to say that, eighty-four years after that first Jawa 500 OHV, Jawa is still going strong. As strong as the wind.