Home  »  Art and culture   »   Kinoautomat, prelude to the future

Kinoautomat, prelude to the future

The Czechoslovak film made for the Expo 67 today appears to be the real precursor to Bandersnatch, the revolutionary attempt at an interactive film recently presented by Netflix

“The TV of tomorrow”, was the expression used by the British newspaper The Guardian, while the critic David Griffin spoke of it as a film that “uses the best elements from both video games and films”. The reference was to “Black Mirror: Bandersnatch”, released on Netflix just over a year ago, which attracted attention mainly due to being an interactive film in which the action stops at certain intervals and the viewer makes decisions for the protagonist, influencing the course of the narrative. A certainly compelling idea, but there were indeed quite a few viewers to whom the format seemed to be something already familiar.

Let’s jump back more than half a century, to the 1967 Universal Exhibition held in Montreal. Among the great examples of innovation on display, a standout was Kinoautomat, a film presented at the Czechoslovakian pavilion, also known under the title Človĕk a jeho dům (One Man and His House).

It was intended as a sociological and psychological experiment that required the participation of the 127 spectators present in the theatre, all of whom had been provided with a remote control with two buttons: one green and one red. The brainchild of the project was Radúz Činčera (born in Brno on June 17, 1923), who oversaw the direction with Ján Roháč and Vladimír Svitáček, while the screenplay was by Pavel Juráček, one of the masters at that time of the Czechoslovakian Nová vlna. The version presented in Montreal had been dubbed in English and the leading actor Miroslav Horníček, in the role of moderator, was called upon to play his part in that language, although he did not speak it or understand the lines he had learnt. 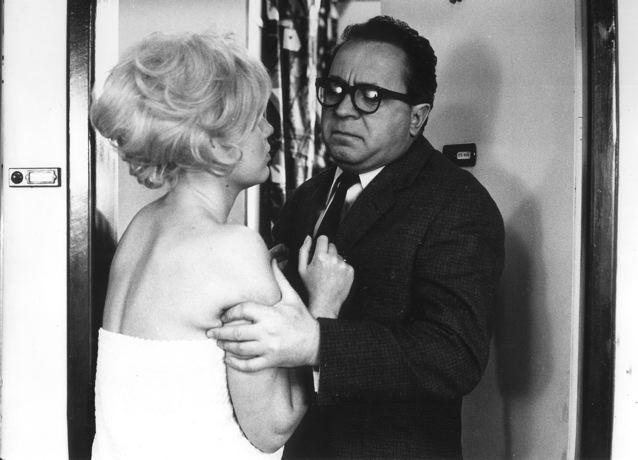 Kinoautomat was a classic dark comedy divided into a series of bizarre situations, characterized by the fact that at decisive points the protagonist was faced with dilemmas, for example whether to hide a beautiful half-naked blonde shortly before the arrival of his wife, or whether to respect or not the stop sign of a traffic warden. At that point the projection stopped, and the actor entered the scene, inviting the audience to choose by pressing the green or red button. The projection then continued following the majority choice (displayed on the screen with green and red dots).
Basically, it was a mechanism similar to that of gamebooks, a popular genre in the 80s that offered the reader the opportunity to actively participate in the plot, and choose between several alternative paths for it, often through the use of numbered paragraphs or pages.

In the case of Kinoautomat, it is more probable that the most relevant and direct source of inspiration for Činčera was the Laterna magika, which is generally considered the first form of multimedia theater. Laterna Magika was founded for the 1958 Expo in Brussels, when director Alfréd Radok and set designer Josef Svoboda used projected images in the shows staged at the event’s Czechoslovakian pavilion. Since its appearance, it has been considered a type of entertainment capable of combining various artforms, since in addition to the projected images it contained opera and dance, as well as exploiting certain black theater techniques. A very young Miloš Forman also took part in it as a stage designer.

Nine years later, however, for Kinoautomat, the two directors Vladimír Svitáček and Ján Roháč, who both had collaborated on the Laterna magika in Brussels, made their skills available to Činčera with whom they would share the responsibility of directing.

The impact of the Kinoautomat was such that the American magazine The New Yorker at the time spoke of it as “a guaranteed hit of the Czechoslovakian pavilion at the Universal Exposition”, without failing to add that “the Czechoslovaks should build a monument dedicated to Radúz Činčera, the man who conceived this idea”.

In the late 1960s, all the major Hollywood studios asked Činčera for the rights to Kinoautomat. Unfortunately, during the socialist era this was not possible, because the property was of the state which had no intention of selling it. For this reason, Kinoautomat and above all Činčera did not gain the great international reputation they deserved.

Not only was the Činčera monument never built, but despite the success of the film in Montreal and the initial success after the Czechoslovak premiere, it was possible to see it in again Czechoslovakia only three years later, in 1971. Despite this delay, the success was still impressive, to the extent that two screenings a day had to be scheduled in Prague. All this lasted for a short time, because less than a year later the regime decided to ban it.

According to Alena Činčerová, the director’s daughter, the reasons were obvious. “All those authors made up a group considered politically unreliable. I think this was the main reason why the film was kept locked up in a safe, like many other wonderful gems from the so-called New Wave, the golden age of Czech cinema”.

Internationally however, it was entirely another matter. Such was the esteem towards Činčera that even Peter Gabriel, the rock musician and ex-singer of Genesis, known for his technically innovative shows, wanted to meet the Moravian director to discuss a potential project that was never realized in the end. The English singer said that during the Kinoautomat screenings the cinema became “as lively as a football match”.

Činčera, who had by then almost fallen into obscurity, had to wait for the regime to end before returning to the public eye, this time at the 1990 Osaka World Expo, where he presented another interactive film, Cinelabyrinth. This time, in addition to being able to influence the plot of the film, viewers could also open a door in the screening room to enter an adjacent room and see the result of their choice on another screen.

Unlike Bandersnatch, where the interactivity is simply used as a gimmick to make an otherwise uninteresting episode of the popular TV series livelier, Kinoautomat contained a clear message strongly linked to the political context in which it was made. During the Cold War, high-profile events such as the Universal Exposition served many communist states as a chance to promote themselves and showcase their skills and expertise in both cultural and technological fields. The creative talent at the service of the Eastern states benefited from very generous budgets and more freedom to experiment than in many western countries. Činčera’s stroke of genius was that, regardless of the choices made by the audience, the film always ended with the same scene of a large building on fire. The intention was clearly to satirize the concept of democracy and to be ironic about the idea that human beings can truly decide their fate. Overall, it was not only the originality of the project or the interactivity, but also the content that made it important. The main theme also remains relevant especially today in the era of post-truth, in which many people seem to have lost faith in democracy. For this reason, we can be pleased that the film has reappeared in recent years, thanks to Alena Činčerová, who has taken care of its restoration and continues to present her father’s masterpiece around the world. At the Kino Světozor in Prague it has appeared in the program quite frequently since 2007, as was the case in 2017 for the fiftieth anniversary of the first screening. Abroad it has been shown in some of the most illustrious cinemas in the world such as the National Film Theatre in London in 2006, at various film festivals in the United States, while an Italian version was also presented in Milan in 2009. It was clearly intended as an homage to a Czechoslovakian project that anticipated the forms of the media and entertainment of the modern world. 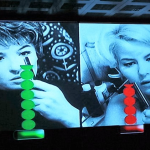 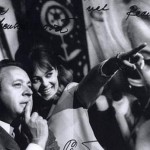 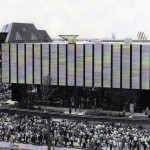 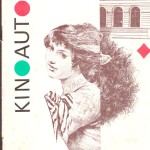