Home  »  Current Affairs   »   The battle for the confiscated lands

The battle for the confiscated lands

An over seventy yearlong diplomatic clash closes by legal proceedings in the heart of Europe. The main involved parties are Liechtenstein, a 160 sq. km nation enclosed between Austria and Switzerland with about 35 thousand inhabitants, and the Czech Republic. This is a matter of properties and castles, situated on the current territory of the Czech state, which were seized from the small alpine country in the 40s and are nowadays subject to claims.

The Liechtenstein’s are an ancient noble family of Austrian origin who settled in Moravia in the mid-thirteenth century and in a few centuries, they acquired large estates in Silesia, Lower Austria and Stiria. Moreover, they rose in Moravia luxurious villas and castles, among which the famous ones from Lednice and Valtice. “Their domains were among the largest ones next to those of the Schwarzenberg’s and the center was in Moravia”, confirms the historian Václav Horčička.

There were no massive changes until the twentieth century. The First Czechoslovakian Republic was formed in 1918 and, during the same year, as part of the First Land Reform, the Liechtenstein’s lost a considerable part of their assets that went down from 160 thousand acres of land to 70 thousand. They received a compensation but only of a quarter of its market value at that time.

The Beneš Decrees and the confiscation

We find ourselves at the dawn of the Second World War. Liechtenstein decided to remain neutral, like its neighboring Switzerland, and never recognized the decision of the Munich Conference or the Protectorate of Bohemia and Moravia. Therefore, in 1938, the diplomatic relations between the Principality of Liechtenstein and Czechoslovakia broke.

The Czechs, who suffered the German annexation of Sudetenland, developed a strong anti-German resentment, which also affected Liechtenstein. In 1945, the Beneš Decrees sanctioned the expulsion of German-speaking populations, considered as accomplices of the Nazi occupation, from the Czechoslovak lands and the expropriation of their real estate. The Liechtenstein’s found themselves expropriated of the entirety of their hereditary possessions in Bohemia, Moravia and Silesia.

The expropriations, still discussed at the International Court of Justice, included, along castles and palaces, other 1.600 sq. km of agricultural land and forests, namely ten times the surface area of the Principality. The decree was a catastrophe for the family. Even though nowadays Liechtenstein holds the highest income per capita in the world and the sovereign is one of the richest people, with an asset estimated at about 4 billion dollars, the royalty was forced to sell some of the artworks in their collection to restore the state vaults. For example, in 1967, they put out for auction the portrait of Ginevra de’ Benci by Leonardo da Vinci, bought by the National Gallery of Art in Washington for more than five million dollars, a record amount for that time.

It did not take long until complaints rose but they were never acknowledged. In fact, during the Cold War, the citizen of Liechtenstein were banned from entering Czechoslovakia and the Principality reciprocated. The two of them became closer only in the last few decades and on July 13, 2009, the diplomatic and commercial relations officially resumed.

This did not stop Prince Hans-Adam II to continue the fight to regain the possession of the antique properties, so much as one week before last Christmas twenty-six cases were disputed in Czech regional courts. The precise value was not indicated but “at the end of the war, the Liechtenstein’s had an estimated property value of 30 million Swiss francs at the time”, says the historian Horčička.

The Crown Prince Alois mentioned in an interview for the Czech newspaper Hospodářské noviny that the family was forced to take legal action, although he would have preferred a rather moderate solution: “We have been considering for years that political negotiation is the best solution”, he declared, “but, the Czech side must start to negotiate”. Beginning of December last year, a petition was forwarded but the Czech state did not formulate a reply and on December 31 was the deadline for claiming the property, as established by the Civil Code.

The Foundation of the Prince of Liechtenstein, involved in the management of the properties of the royal family, does not cease to repeat, “we do not dispute the Decrees as such but the fact that certain individuals, the Liechtenstein’s in our case, as citizens of a neutral state, should not have ever been included”. The spokesperson Michal Růžička believes that “considering a citizen of a neutral state as a German only to seize their assets is an abuse of historical facts and Czech and international laws”. Even though the mother tongue of the family was actually German, the royal house has always declared of having the citizenship of Liechtenstein. The Czech court is of a completely different opinion, according to which Prince Francis Joseph II himself requested the German citizenship in the 30s. The responsible governmental body, Úzsvm (Office for Government Representation in Property Affairs) considers the claims ungrounded. “We are of the unwavering legal opinion that these assets belong to the Czech Republic”, stated the spokesperson Radek Ležatka. “We are not aware of any relevant legal reason that would question this reality”.

The Liechtenstein’s request the restitution of the lands next to Bučovice, Kyjov, Bruntál, Šternberk, Lanškroun or Uherské Hradiště. In the Břeclav area, they owned about 10 thousand acres of woods and agricultural land, a natural area known for being the largest alluvial forest in the Czech Republic, in the Dyje river region. Beside the lands in Moravia and Silesia, there are a few lands in eastern Prague, Rumburk, Zahrádky and Čížová.

We need to mention that “the cases concern only the assets that appear as state property in the land registry”, declared Růžička. “The state took advantage of the Beneš Decrees and not the municipalities, universities or private individuals”. The assets that today belong to third parties, schools, regions or to the church – or are being used by them – will not be claimed, as well as those belonging to the State but which host road infrastructures. For example, we mention several lands in eastern Prague, used by the Czech University of Agriculture and the Institute of Animal Sciences or the Dlouhé Stráně hydroelectric plant in the Jeseníky mountains that would be difficult to demolish.

The same logic applies for castles and palaces and for this reason, the cases include only five residences, including the Bučovice one, a unique building in Italian Renaissance style, the one in Velké Losiny in the Šumperk region or Šternberk, in the Olomouc region, owned by them since late seventeenth century.

The last ones but not of less importance in value were those that were the center of their domains, the castles of Valtice and Lednice, in southern Moravia, not far from the Austrian border. The two palaces are jewels of cultural and historical interest in which Neoclassic elements combine with Gothic ones. Together with the park uniting them, they were declared UNESCO Heritage in 1996.

“We have a deep connection to this place because it has been the heart of our family history for centuries”, declared Prince Alois. On the other hand, due to the royal works between the seventeenth and twentieth centuries, the landscape around the two castles, with its mix of art and nature, became one of the largest artificial landscapes in the world with a 200 sq. km area. A place known as “the garden of Europe”, a garden that will maybe return to the princes in the small state sheltered by the Alps. 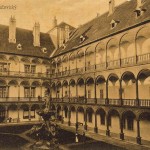 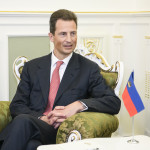 Latest Comments
We use cookies to ensure that we give you the best experience on our website. If you continue to use this site we will assume that you are happy with it. Utilizziamo i cookie per essere sicuri di offrirti la migliore esperienza di navigazione sul nostro sito. Se continui a utilizzarlo diamo per certo che sei d'accordo e ne sia feliceOk