The “beautiful” Poldi: rise and fall of the “queen” of steel

posted by Redazione May 23, 2014 Economy and Market

The story of the Kladno factory, the industrial emblem of the last century, from economic power to literary charm

It used to be one of the most important steelworks in Europe, but is now mostly an abandoned wreck. It will take decades to ensure the environmental cleanup of the entire area

The furnaces have been turned off and inside the broken down chimneys weeds are growing between the bricks. Today, one hundred and twenty-five years after its foundation, the Kladno Poldi (Central Bohemia) is to a large extent a sort of heavy industry cemetery, an industry that was once the pride of the Czech economy. In this huge industrial area, about 30 km from Prague that extends for at least 500 hectares, several new companies operate there today in the field of energy, logistics, iron and steel – but the only things left of the old giant are the carcasses of factory sheds, rusty rails covered by vegetation, as well as large broken windows. And above all, a level of environmental pollution that will require years of decontamination work.

Founded on May 18th, 1889 in the then Austro-Hungarian Empire, the steel plant was conceived as a sort of entrepreneurial gamble by the Austrian steel magnate Karl Wittgenstein. Born in Leipzig in 1847, Wittgenstein was one of the richest men in the whole empire. The father of eight children (including the well-known philosopher Ludwig), Karl became famous for his entrepreneurial success, as well as for his reputation as a generous patron of the arts and for being a music and arts enthusiast. At the end of the nineteenth century, all the artists and intellectuals of Vienna had surely been guests at the Wittgenstein house, including personalities such as Sigmund Freud, Johannes Brahms, Gustav Mahler, Gustav Klimt, Egon Schiele, Rainer Maria Rilke and the architect Adolf Loos.

Prior to establishing the Huť Poldi (the Poldi Steelworks), he already had other economic interests in Bohemia, where he was co-owner of the giant Pražská železářská společnost (Prager Eisenindustrie-Gesellschaft) – a coal, iron and steel group, that also included the ironworks of Králův Dvůr, in the district of Beroun. The steel plant, in fact, derived from his personal initiative, that was based on his determination to establish a new private company.

The Poldi name derives from his wife’s name Leopoldina. Four years later, in 1893, Wittgenstein registered the trademark of the steel plant, known also today with the same name, which consists of a profile image of a woman, most probably a portrait of lady Wittgenstein. The steel plant gained immediate success, establishing itself as a leading company within the Empire and also abroad. In 1897 it provided the forged elements for the first Austro-Hungarian Habsburg class battleship, the first to be built for the Empire in the early twentieth century. In that period, Poldi already had representative offices throughout Europe and in Russia. Karl Wittgenstein, the founding father, remained at the helm of the company until 1898 – when he decided to sell the shares of the company and retire to Vienna, where he continued his life as a wealthy patron.

Even after the retirement of its founder, Poldi remained a sort of battleship, that in early years of the twentieth century, employed 1,200 workers, produced 36,000 tons of steel and 16,000 tons of finished products. In addition to its extraordinary rate of production, the company was always at the forefront of innovation and research: it was the first company in 1908 to install an electric furnace in what is now the Czech Republic and in 1922, it patented the Poldi Akc refractory steel, whose composition eventually influenced the development of this material around the world. In those years, and years later, it is easy to imagine the company as being the fulcrum of life in Kladno, with much of the population employed in its furnaces and warehouses.

Just after the birth of Czechoslovakia, the steelworks employees were more than four thousand. Two thirds of its production went abroad and to Europe – which was politically moving towards world War II and, consequently, Poldi steel became crucial for the armaments industry. But not only. In the nineteen-thirties these same furnaces produced the iron and carbon alloy for the construction of the Thunderbolt speed car, with which the British pilot G.T.E. Eyston achieved three world speed records, all of them over 500 km/h. Just before the outbreak of the Second World War Poldi had already become a true multinational company: it had branches with warehouses and representative offices in 39 countries.

After the war, with the advent of the Communist regime in Czechoslovakia, the company became nationalized. Taken over by the state in 1946, it was “merged” with the foundries of the Iron Company, near Prague: together they formed the State steelworks company. It was also during those particular years that the great Czech writer Bohumil Hrabal ended up working at the Poldi steel-plant, or Poldinka, as its workers affectionately liked to call it. The experience of this insecure factory, an inferno of smoke, heat and sweat, left an emotional scar in the writer and Hrabal made it eternal in his poem The Beautiful Poldi, written in 1950. Just like many other Czechoslovak companies, even during the period of the planned economy, Poldi continued to produce copiously and successfully. It was the Kladno company that also manufactured the titanium alloy used for the special aerobatic Zlín Z-50 aircraft, with which the pilots Tuček and Jirmus became world aerobatic champions. 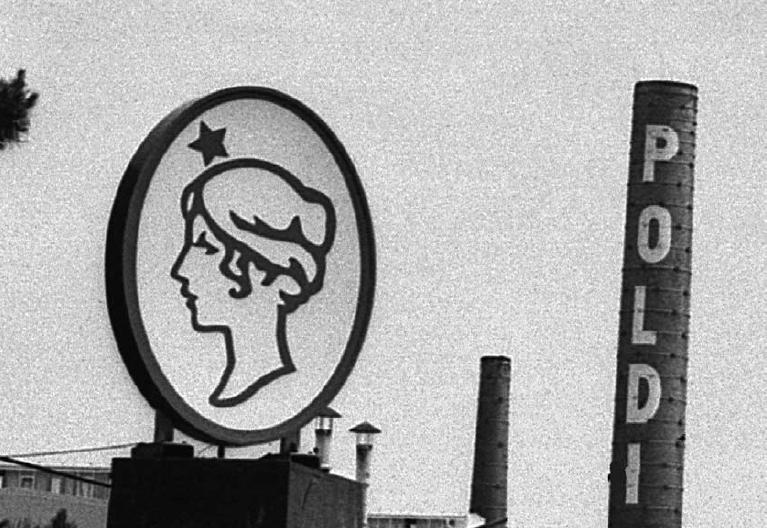 Throughout the Czechoslovakian communist period, the company remained the fulcrum of the economic activity, with the plant working at full capacity. However, after 1989, with the fall of the Berlin Wall, the Soviet Union and the communist regimes of the East, Poldi company was suddenly confronted with the advent of a free market economy, that for decades it had not been accustomed to.

Thus, Czech steel production decreased significantly, and the steel giant – which employed 20 thousand people in 1989, started to decline and had to reduce its production capacity to the minimum. The ‘90s of the twentieth century became the darkest years in the history of the company: at first transformed into a joint stock company, under the ownership of the state, and then since 1993 a further economic downturn that led to the suspension of all production.

The company was then privatized and most of its shares – in September of the same year – passed into the hands of the Bohemia Art company. A lack of experience in the sector, and insufficient resources of the new company, marked the end of its life: the old giant steelworks was forced to stop production and failed.

In the following years – in this gigantic industrial area, close to the city centre – productive activity has partially recovered. A number of companies have created their factories, often utilizing some of the old pavilions that had been renewed and restored. Even the brand Poldi continues, even today, to be used for steel production, but nothing is more like a time. The Čvut, Technical University of Prague, has recently inaugurated a modern research centre for energy efficiency in buildings, that required an investment of 700 million crowns. But for the rest here is no man’s land.

The City Council of Kladno wishes to redevelop the entire area, although it is well aware that the costs involved in decontaminating the whole area are unsustainable in the short term. They are certainly well aware that the old steel town – one of the most important steelworks in Europe – cannot be left in a state of abandonment, like an old wreck, where at times, even poor metal thieves venture into the area at night, to strip it of its last vestiges of a glorious past.