Home  »  Prague and surroundings   »   The Berlin that reminds us of Bohemia

The Berlin that reminds us of Bohemia

A trip to the village of Rixdorf, where even beer tastes different

Berlín “česká vesnice”? Berlin like a Bohemian village? It is known, that in the folds of history, reality goes beyond our imagination. Czech iron craftsmen had been appreciated all over Europe since the Middle Ages for their skills and worth: try to imagine then if, a city that has now four million inhabitants, does not have a Bohemian-Moravian colony. Right: they were scattered everywhere during the Iron Century in Europe and, of course, they also settled here. 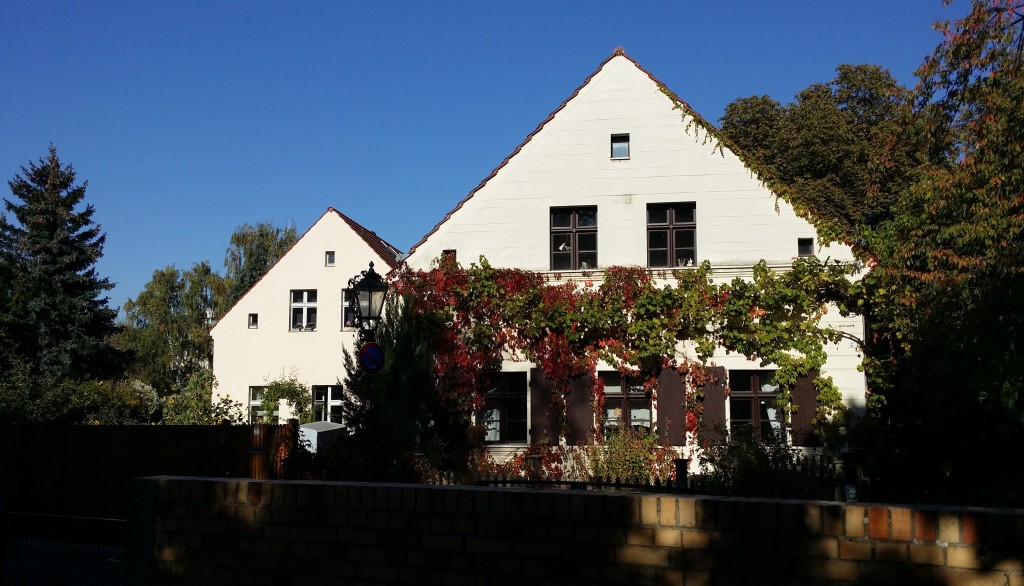 Our people chose Berlin since the first half of the seventeenth century, so as to continue professing their faith and carry out their business activity, away from Catholic persecution and the sword of the fierce Wallenstein. In the century that was to follow, around 1720/1724, a new migration wave took place, involving hundreds of Bohemians and Moravians who, protected by the Prussian King Frederick William I, went on to occupy the village of Rixdorf, in what is now Groß-Berlin, Greater Berlin. A “neighbourhood” that, although rather small, still exists today.

“Germanized” Czechs, in fact, with great determination, were able to maintain their own language and tradition for a long time, at least until the 1960s. Rixdorf, an enclave, the “boemische Viertel”, where even today beer has a slightly different taste and where the names Jan Hus and Comenius call for profound respect.

We found this “Czech colony” quite easily in the German metropolis. The irony of fate of a country that has always nibbled away at its neighbours borders.

So, let’s visit the place. Entering the border between the old West Berlin and the area that used to be called the “communist” area, you reach the district of Neukölln.

Considered in the past an impoverished area, without economic resources, but at the same time particular for its uniqueness, Neukölln has maintained a certain attractiveness. So much so that the film director Detlev Buck decided to shoot “Knallhart”, a film that depicts the troubled relationship between a German family and the new Asian immigrants.

It is possible to get to the “Little Prague” on foot, by walking light-handed, once you get off at the Rathaus Neukölln S-Bahn stop, or by going along Karl Marx Strasse. Like any other area, even Neukölln has different facets: the Turkish one, which is now, perhaps, the most prevalent one for its “doner kebabs” and cafès and the proletarian one, testified by a number of tombstones that, even today, still pay honour to the “Spartacists”, and that of the cosmopolitan students, who choose the district for its relatively low rents and there is the atmosphere of the Cold War period… And finally, the Czech one, that we had been looking for.

Unexpected, unforeseen, unthinkable and rather discreet stands the Berlin of Rixdorf. So discreet that you could pass by without noticing it. However, there are a number of unmistakable hints for those who are more attentive. Leaving the Karl Marx Strasse behind us, just a few hundred meters further on, you meet narrow streets with low one-floor houses, that have sloping roofs and all of them surrounded by a garden. Even the directional signs and road signs are different and the streets are made with cobblestone, while the atmosphere changes gradually, not only from an architectural point of view, but also aesthetically. There are more trees, most of them lime trees, but also apple trees, as well as a lawn with tools and games for children.

Suddenly, almost without realizing it, we end up in a small village that might be easily found in Vysočina or Šumava. German soil permeated with Czech temperament. Here is Jan Hus ulice and Comenius ulice. There is, in fact, at the centre of Richardplatz, the heart of the village, a monument dedicated to Frederick William I of Hohenzollern (1688 – 1740), known as the Soldier King.

A Protestant church with Gothic spires, the flag of an indomitable faith, bears the name of Bethlehemskirche, a handicraft workshop displays the work of a blacksmith, a repository of tools and a cemetery with typical Czech inscriptions.

Once you get over a certain amount of salutary distrust and the furtive glances from the windows, you soon realize that you have reached the centre of Rixdorf. A small museum – that may be accessed through a green gate and which is surrounded by a garden – tells the history of the old Moravian community. It was actually Frederick the Great who gave Rixdorf some sort of official status, by elevating it to a village, or more precisely to a borough.

But who were they and how many were the Bohemians refugees that, almost four centuries ago, chose the Prussian capital to begin a new life? “For the most part, they were craftsmen, but there were also miners – explains Saabine, who lives there, but who is also of German origin. – Many of them have kept their surnames and, until a few decades ago, even their language. They are surely peaceful people, but you can recognize them immediately for a certain something…”, she explains before leaving. Mysteries of a multiethnic Berlin?

We try to enter the small museum, but we are greeted by a rather unfriendly character, “there is nothing interesting to see…”, he says, making it quite clear that we are not welcome.

There is still the old blacksmith shop left for us to see. And here, the traditional craftsman still beats his iron on the anvil, and there are bilingual inscriptions which testify to a community that is still active. It is all right: we are allowed to visit the place among horse shoes and operating bellows. However, the “classic” and official testimony is represented by the brewery with a terrace. Elegant and very popular, it almost certainly dates back to the Thirties or Forties of the last century, and its menu also includes Bohemian-inspired dishes. It is not a Berlin “Kneipe”, but it may be, perhaps, an updated vinárna… a quick glance at the menu: it is true, they also eat ham hock here, but dumplings, or pickled carps denote other origins. From the size and type of architecture, the place was most likely a farmhouse, that was later transformed into a restaurant. White cement walls alternate with red brick ones and are still quite common in this capital. A girl comes along on her bicycle. She is a student: “Yes, there are Czech people here, and a group of journalists also came here to interview them, but not everyone appreciates the publicity…”, she explains briefly. But the Evangelical Church, that stands between a Sardinian restaurant and a small hotel dedicated to “Kafka”, is very active and has social centres and a kindergarten. “It’s not only a question of the so-called “Bohemian minority” – father Jorg explains. – Rixdorf has many souls and we try to keep them together, to avoid tensions and provide social services”. There is also a library that lends books, religious texts, manuals on mechanics and an “help centre”, including an undefined recovery centre.

A cafè with the sweet name “Zuckerbaby”, reveals, perhaps, part of the truth: “Rixdorf has always been a border area, since when the city was divided – the owner explains. – It is a microcosm, frozen in time and you must forget that you are in a city of four million inhabitants. There is just a small village here, where everybody knows everything about each other. You may speak German, Czech, Italian or even Turkish. The fundamental thing is not to make a stir and break the special atmosphere that the village has maintained intact for centuries”.

Unexpected harmonies, blacksmith’s forges and flashes of Hussite memories, in the city that never stops. 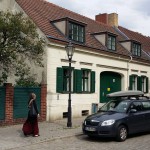 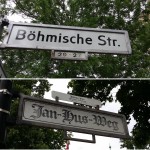 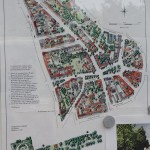 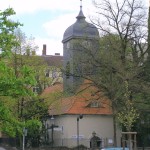 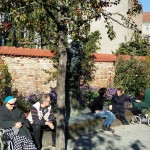