1931. A villa in the Bohemian countryside symbolizes the encounter between functionalism and decorative art: the treasure of architect Otakar Novotný

The name Barton House quickly makes one with the slightest notions of the history of architecture to think about Buffalo, New York, and the house that Frank Lloyd Wright built in 1903 for the family of the entrepreneur Darwin D. Martin’s sister. Nevertheless, this article will not focus on one of the best wrightian examples of the Prairie School, nor on the vast complex commissioned by Martin to the man who is considered the most famous architect in the history of the Stars and Stripes.

Here, we will tell another story; that of another Bartoň House, different from the wrightian one – so to say – not only through the háček diacritic on the final n of the owner’s name. 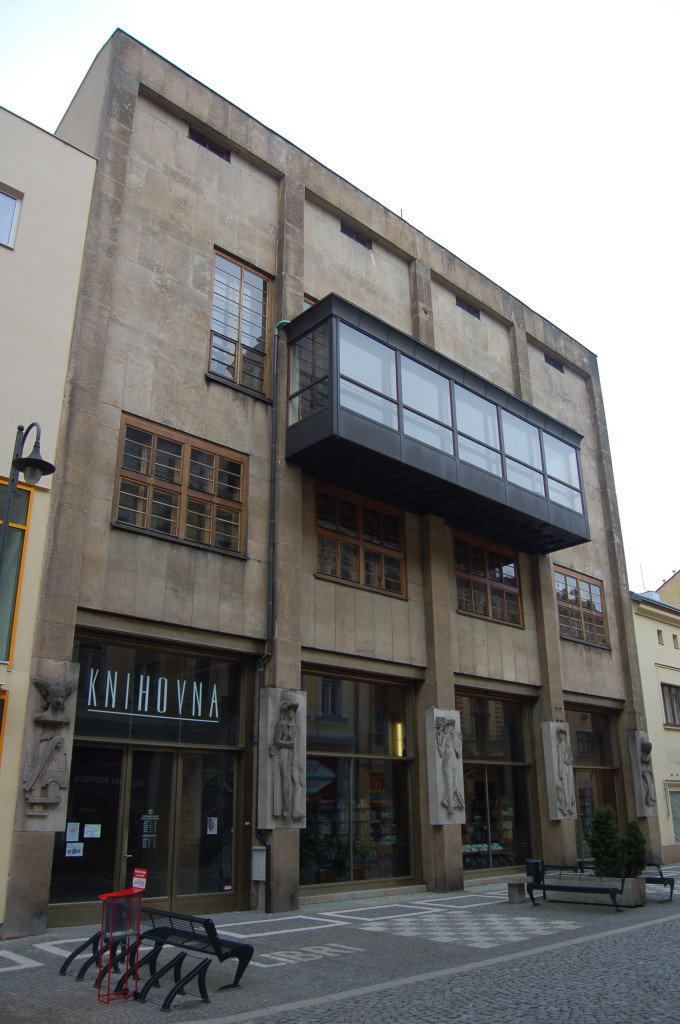 Apart from six thousand eight hundred kilometers and three decades separating the two houses, the story is, nevertheless, one of the onset of modernity in architecture. Ultimately, certain assumptions seem to merge as one, even though they are separated by not only the Atlantic and most of Europe, but also by almost a quarter century that – according to Eric Hobsbawm – we have the habit of defining as “short.” Different destinies, but not entirely, swept over by the swirling run-up towards the modernity that binds together the first half of the twentieth century, although torn apart by unspeakable drama. A belief that in architecture celebrates the myth of function – both in North-East Bohemia and in Northeastern America – pursuing better spaces for human life.

This belief, softened by an extreme decorative inspiration, enlivens the house that Otakar Novotný builds in Náchod, a town in Hradec Králové region, on the Polish Lower Silesian border, for the textile entrepreneur Cyril Bartoň z Dobenína.

He was a philanthropist and successful entrepreneur just like his father Josef. After remaining alone due to the marriage of his sons, Cyril Bartoň z Dobenína undertook the construction of a new building for his personal use in the center of Náchod, on the advice of his brother Josef. Following this idea, in February 1927, he bought a plot of land in the center of Náchod, inviting three different architects to draw up proposals to raise the building.

A few names stand out among all the invited people. The one of Pavel Janák, a pupil of Otto Wagner and a theorist of Czech cubism in architecture, as well as that of Otakar Novotný who will complete the project in 1931. Although Novotný’s proposal does not entirely convince the client’s “conservative aesthetics,” he will be delegated with the task due to Bartoň’s admiration for Novotný‘s newly risen buildings for two of his three sons in law: Palace Steinský-Sehnoutka in Hradec Králové and Villa Čerych in Česká Skalice. Even though the client’s taste was no longer fitting his artistic affinities, his latest work in Novotný “decorative style” – which had been shifting his interest towards the functionalist belief for a few years already – does not betray the set expectations.

The house he creates for Cyril Bartoň is, in fact, a small and convincing synthesis between the traditional principles of the composition and the new belief of the Czech avant-garde. The decorative elements and the delicate details that expertly embellish its entirety give life to a light and equally austere harmonious balance. The facade on Kamenice Street with its high order of pillars adorned with severe allegorical sculptures and its solemn and central cornice are a direct proof of this, revealing the artistically engaged nature of the building.

Found in decline after its success at the Paris Decorative Arts Exhibition in 1925, the Czech decorativism offers one of the last major architectural examples due to Novotný’s mastery and to his passion for detail that leads him to seek collaboration with talented artists – often colleagues of the Association Mànes. It will be precisely the participation of Franta Anýž, of the sculptors Karel Dvořák and Otakar Španiel and the painter František Kysela – father of the Czech decorativism – that will turn the house on 105 Kamenice Street into an elegant decorative jewel, even if measured with a new essential agility that pervades the entirety of the masterpiece at every scale.

It is here that emerges the mastery of Novotný – director of the entire operation – in coordinating his excellent collaborators in the development and control of the most delicate internal and external detail. This is proven not only by the works of art, design, and artistry that are perfectly integrated into the entirety of the building, but also by the care displayed from every single choice. It suffices to glance at the coffering underneath the veranda on the main front to reread the rhythm of the facade or to grasp how the false central element above the glass wall and the transition base between the floor and the marble covering in the hall, perceptually harmonize their proportions. Furthermore, the tenuous figures of life and work themes engraved on the veranda’s windows or the refined alternated motifs on the staircase windows along with the delicate stuccos, the precious fabrics like the balustrades, the furniture, the banisters, Anýž’s lamps, the symmetries of the facade intertwined with Dvořák’s sculptures and even the curious structure of the covers reveal the quality, zeal and dedication of their design and creation.

Besides the facade sculptures, the auspicious collaboration between the designer and the artists shows its success in the juxtaposition of works that cover the entire building.

Although the highest concentration of works of art is concentrated in the master apartment on the second floor, above the door of the staircase, in the hall, we find a small jewel worth to mention. In that unusual place, inspired by the bronze sculpture of the Italian Romanesque portals, the sculptor and medalist Španiel portrays the brothers Cyril and Josef Bartoň z Dobenína in a commemorative high relief in which he seems to have been able to capture the movement of their souls.

The delicate pastel colors above the dining table reveal the personifications of four elements – water, air, fire, and earth – while in the studio a heraldic coat of arms of the Bartoň z Dobenína family dominates sumptuously in the best tradition of Czech art deco. Finally, a white graffiti on a dark blue background traces the personifications of the “silent night” and the “bright day” on the bedroom ceiling, recalling the Czech tradition of the two-colored graffito.

Thus, the house of Cyril Bartoň z Dobenína, at 105 Kamenice Street reveals the flow towards the celebration of the function myth that, without nostalgia, blends with the much-criticized decoration, making it fade without ever separating from it completely.

Briefly, a very different onset of modernity from the one feared by Wright in full Prairie School era for which – at least in theory – the decorator, “all curves and all efflorescence, if not all period” was a decidedly unpleasant figure, as much as to be sidelined. 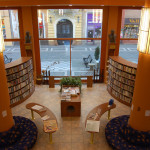 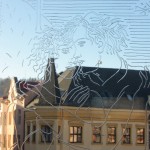 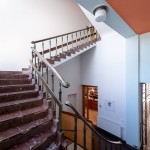 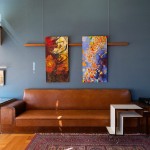