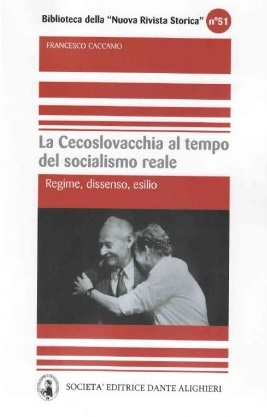 The essay “Czechoslovakia at the time of real socialism. Regime, dissent, exile”, written by Francesco Caccamo, associate professor of Eastern European History at the University of Chieti-Pescara, is a collection of studies, which through a range of perspectives, reconstructs the entire path of Czechoslovakia during the period of real socialism. The history of Czechoslovakia is characterized by a series of elements of continuity: from the adoption of the planned system in the economic sphere, to the exercise of power by the Communist Party in every sphere of political life, up to the almost complete alignment with the directives of Moscow on international level. Going through various events – from the conquest of the power of the Communist Party in February 1948, to the reformist experiment of Spring 1968, up to the 1989 Velvet Revolution – in this volume Caccamo wants to highlight the crucial role of Czechoslovakia in the global scene of the late twentieth century.