A wonderful image, a few paintings, history.. and, here we are in the Czech Republic

By now, nearly everyone knows at least one of the Churches of Langdon’s journey, protagonist of the thriller film Angels and Demons, directed by Ron Howard and based on Dan Brown’s novel, with the same title: Santa Maria della Vittoria, one of the most representative Roman monuments of baroque style, built between 1608 and 1620 on a project by Carlo Maderno, enriched in its splendid interior by Mattia De Rossi’s chancel and by a number of important sculptures, paintings and frescos. Among these, the Triumph of the Virgin over heresies by Giuseppe and Andrea Orazi and the altar-piece Virgin who offers the Child to Saint Francis, by Domenico Zampieri, known as Domenichino. 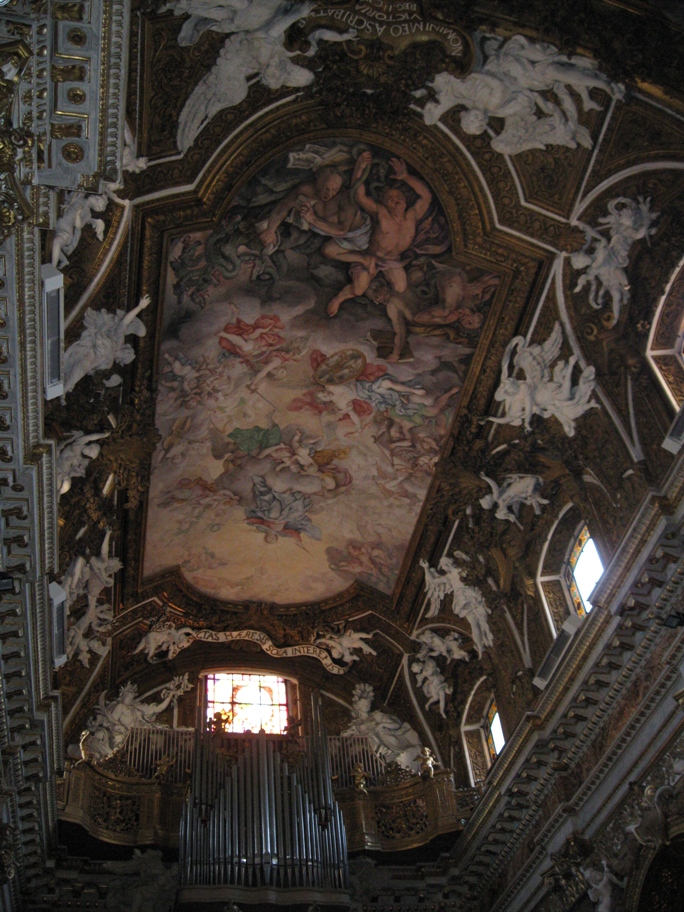 And then, placed inside the chapel in front of the marble piece of sculpture, The dream of Saint Joseph by Domenico Guidi, the famous Ecstasy of Saint Theresa of Avila by Gian Lorenzo Bernini, accomplished between 1645 and 1652, a baroque work of art made of marble and bronze. The effect of this work on the observer is spectacular and one may easily perceive Bernini’s extraordinary representation of events, creating shapes and figures, endowed with sensual, captivating charm. And, surprisingly, just a few steps away from the Santa Teresa, placed in front of the canvas painting, (Jesus appearing before the Saint of Nicholas Lorrain), one may view the votive statue of the Child of Prague. This Church, In fact, represents a point of reference for religious believers from the Czech Republic and owes its name to the victory of the Catholic army on 8th November 1620 during the battle of the White Mountain near Prague – subject of four large paintings located in the vestry.

Its dedication to the Virgin Mary derives from a tale, according to which, while the Catholics led by Maximillian from Bavaria were on the point of being overthrown, (during an assault by the troops, led by Frederic from Saxony), a bare-footed Carmelite, chaplain of the army, Father Dominic of Jesus and Mary, intervened in the conflict. He held a slashed image of the Virgin Mary which he had found in the Strakonitz castle. From the image, rays of light burst out, dazzling the enemy and causing them to flee.