Born in Malé Svatoňovice, Bohemia, at the time of the Austro-Hungarian Empire, Karel Čapek (1890-1938) studied philosophy in Prague before pursuing a career as a journalist. Today Čapek is considered one of the greatest Czechoslovakian writers of the early 1900s. Author of plays, short stories and novels, he is known not only for his works, but also for having invented the term “robot”, which appears for the first time in the 1920 three-act drama, “R.U.R”. “La favola del cane” (The Fable of the Dog) is a story for young and old readers. It is the story of Bastardino and his amusing adventures in the Czech countryside, alongside extravagant and tender characters such as his grandparents Carlo and Elena, the coachman Postiglione and the horses Nina and Nando. The illustrations in this volume are the original ones by Josef Čapek, painter and brother of Karel. The translation from Czech was made by Laura Manzardo, with particular attention to the availability of the text by readers aged 8 and over. 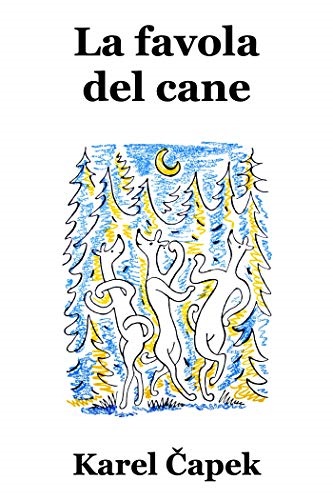