Paolo Carelli explains the role of football in Czechoslovak history, born thanks to the Scottish influence, later consolidated in the national team of the so-called “masters” of the thirties. An explosive combination of organization and talent that has evolved over time in different forms and directions, while maintaining a solid connection with its own originality; the star Josef Masopust, the tactical innovations of the Slovak clubs of Bratislava and Trnava, the victory to the Europeans of 1976 thanks to the chip from Panenka, the sudden and short rebirth in the nineties are among the highlights of a football movement that has always distinguished itself for its innovative nature and ability to adapt. Football in Czechoslovakia, a country marked by tragedy following the Nazi occupation, the Soviet invasion of 1968 until the consensual separation of 1993, has been able to unite and recompose the fractures in a continuous intertwining with society and its expressions. 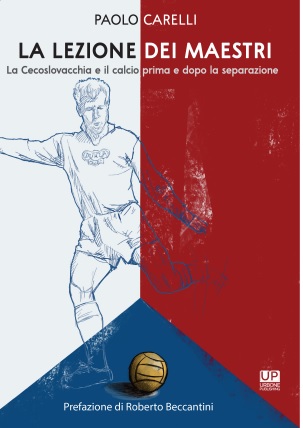